Today is the day. The final episode of Desperate Housewives. Now, I know it’s been hanging on a season too long, but I’m still going to miss it. I do love the show and five Housewives (yes, I include Edie as a Housewife no matter what the trial says).

If you checked out my report last year about visiting the set of Desperate Housewives, I teased a second part. So, I figured that since this is the eve of the last episode of Desperate ever, I would write the second part. Now, to be honest this isn’t as exciting as the first but still quite fun.

After spending the day on Wisteria Lane we were ushered to some interior sets. Now, everything being filmed this day was considered B sets or sets not commonly used. The scene in particular we were watching was a video chat between James Denton and Teri Hatcher.

They set up a makeshift hotel room set for James Denton and Teri Hatcher has her apartment set they used for that season.

After Teri talked about placement of the computer and said, “I want to get this right so I don’t have to come back and reshoot this if the computer isn’t in the right place” they continued with the scene.

In fact this was the only interior seen they were shooting today. So it wasn’t going to be a long shoot. I decided to do a little exploring on my own.

Looking around I found Global Group Ventures which of course is the company that Carlos created.

It looks a tad different in person, lol… It was also the pitch dark. 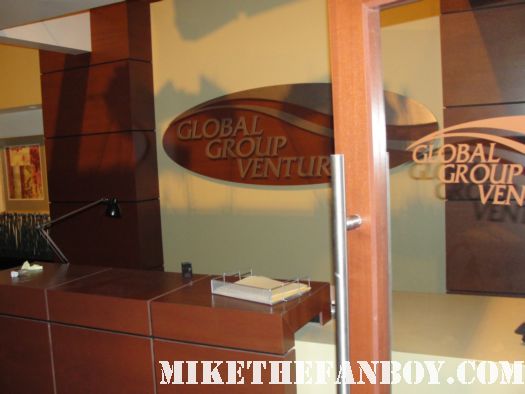 Also, I found the Silvercrest Juvenile Rehabilitation Center. I’m not sure what part of the center this was, perhaps a rec room of some sort. But I snapped up a few quick photos. 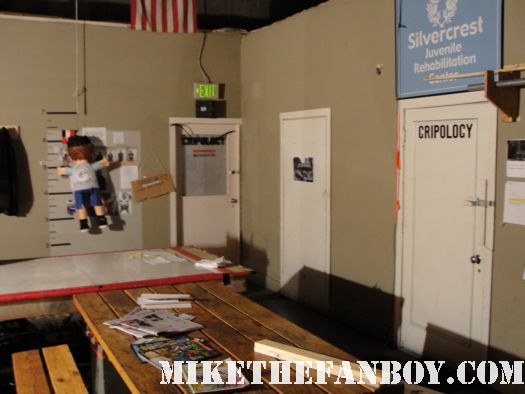 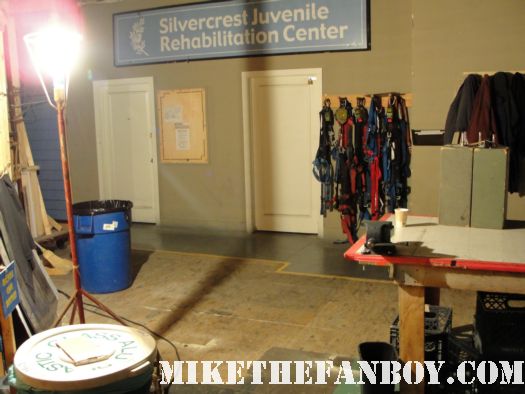 If you look at the bulletin board closely you can see a photo of the cast and crew of Desperate Housewives. 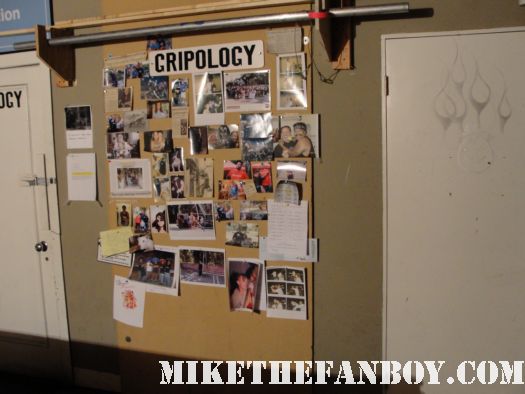 Silvercrest is where Zac Young was placed by his father after he had a mental breakdown. This was in season one and I haven’t figured out if it was in season seven or not. At least I don’t remember if it was… Doh!

Also on this stage was Brian Austin Green’s Apartment AKA Keith. It was very modern and unlike a lot of the other sets we saw. 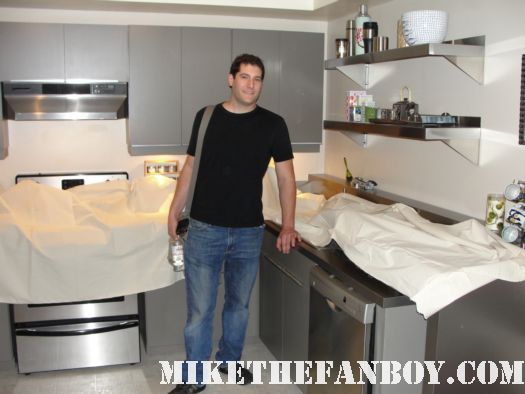 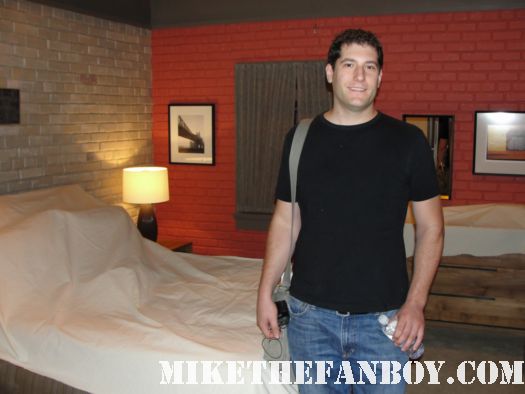 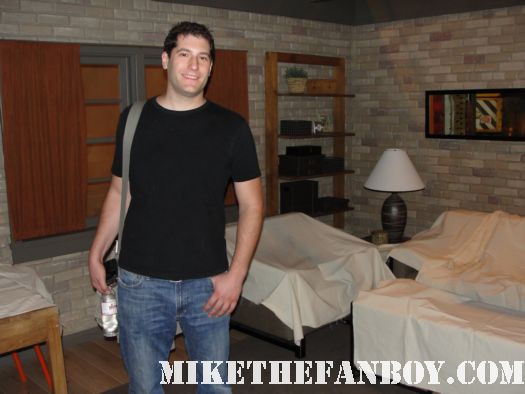 The only “Housewife” sets I was able to find was Bree’s bedroom. It was not dressed so you can barely tell what it is. 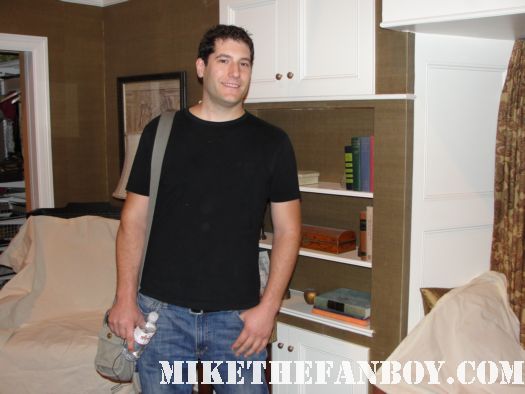 After shooting Teri Hatcher bolted out, but I did manage to get a photo with Mike Delfino himself Mr. James Denton who is the coolest guy around! 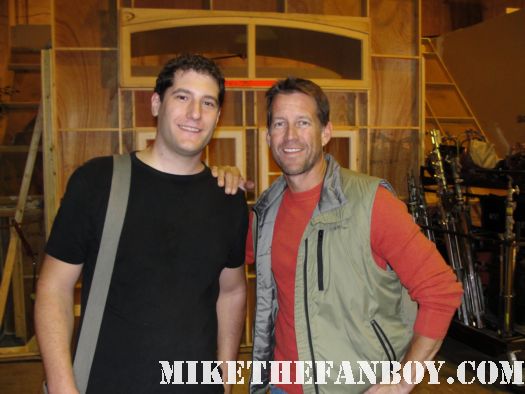 It was a great way to wrap up an incredible day.

And also a nice way to say goodbye to an incredible series. I will miss my weekly housewife fix.