Home / Fanboying! • On Location / My Visit To E! Entertainment And A Taping Of The Soup With Joel McHale!

Hey kids, so I’m taking a departure from my usual format to tell you guys all about the wonderful experience I had today. One of our readers, and I say “our” cause this site is really all of ours, at least that’s what I think, anyway, one of our readers who clearly has exceptional taste, dropped me an email! The reader in question, the adorable Marie happened to have an extra invite to a taping of The Soup with Joel McHale.

I read the email and I was so stoked! You see The Soup isn’t really open to the public for watching tapings, and even though I am absent a cable connection, I really enjoyed watching the Soup when I had said cable. It’s been on forever and I remember always trying to catch it. Mainly because they would sum up all the randomness on talk shows and really boil down about 4 hours of TV watching down to a succinct 30 minutes or 22 minutes without commercials. I appreciate brevity, except when it’s Mike The Fanboy time and I tend to babble on and on and on…

Anyway, I was so jazzed when I got the invite and Marie even asked if there was anyone I knew would also like to come so immediately my mind went to the only person I knew who made a sign expressing her love for Joel McHale, Iamnotastalker.com star Ms. Lindsay. Of course Lindsay jumped at the chance and after a brief bout of schedule tag, we were on! 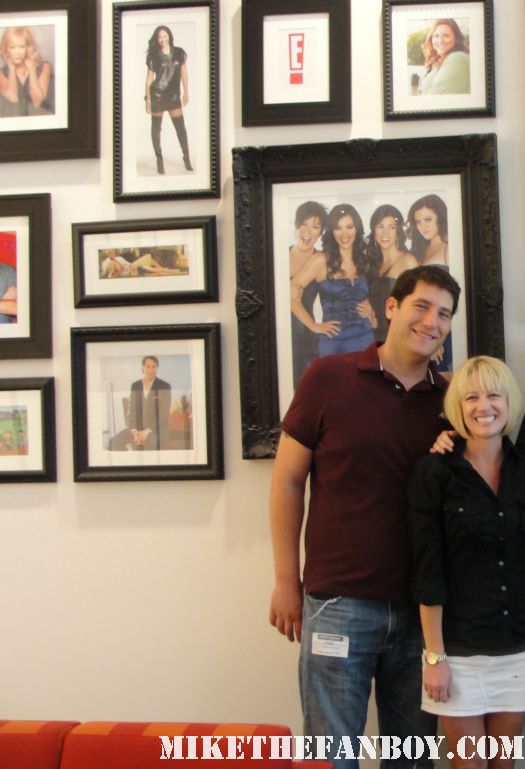 I met up with Lindsay over at E! Entertainment and also was able to meet Marie who is simpley adorable! Marie and her friend, (Marie’s friend shall not be named, you see she is on a covert mission… but rest assured she is also very awesome!), Lindsay and I headed into the studio with the 25 to 30 or so other people attending. Now, it’s fairly early and I’m not fit to be around other humans without a large Diet Coke which I didn’t have… playing with danger people.

We sat down at the studio, and the first thing I found interesting is that the studio is simply a large green screen with a camera… There’s not really a set at all… Huh… The magic of Hollywood people! After a few minutes of warm up Joel Mchale walked in. He addresses the audience and was super chatty. I was very impressed with how nice he was to everyone there. I think most of the audience was made up of E! employees and that’s probably how the tickets are distributed.

Anyway, the entire taping basically consisted of an extended monologue by Joel McHale in front of a green screen. I can see how they would need a live audience to keep the energy up. It was such a fun taping, and the crew seemed to really enjoy being there. Joel did tell us how busy he is with Community and doing press for Spy Kids which I think comes out in a couple weeks. 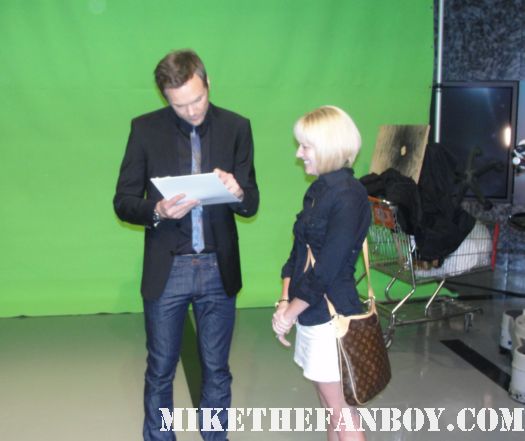 After the taping Joel invited everyone up to meet him and take pictures. Lindsay brought an 8×10 photo for him to sign for her friend and Marie brought what I thought was super cool, it was a “Soup” coffee mug. LOL… I thought that was a great idea, I love getting fun things signed… as most of you probably have guessed at this point. 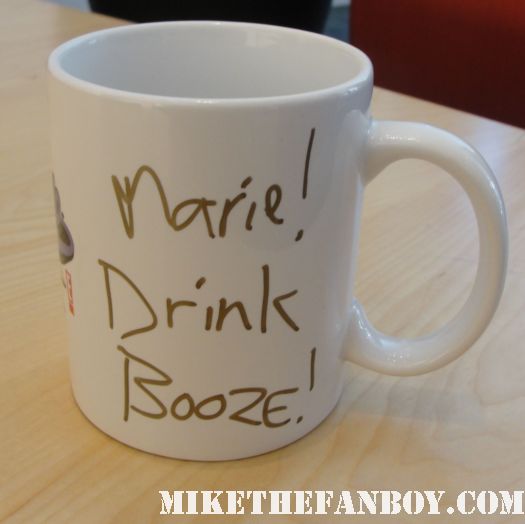 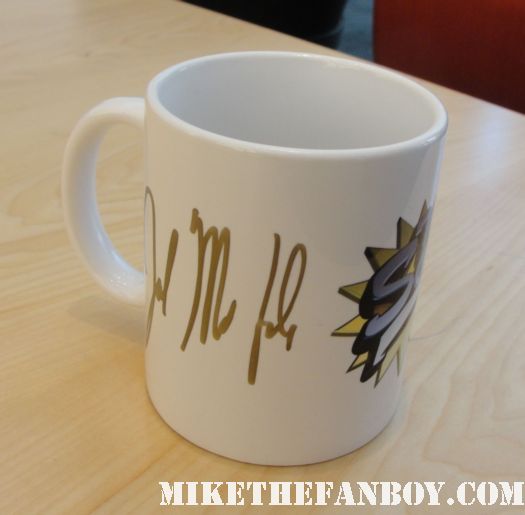 Lindsay and Marie both met Joel, and we got our photos with him as well. He is so nice! Like over and above nice. 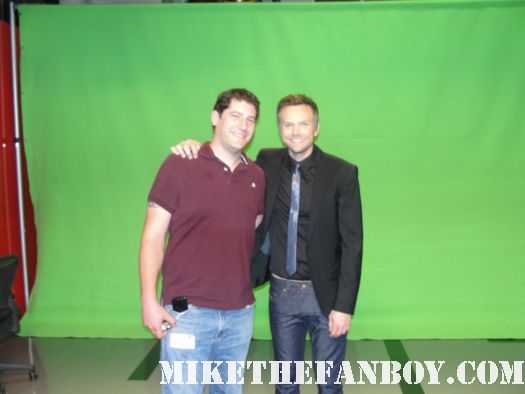 After the taping we were all going to get a photo in front of the E! Entertainment wall… Which is basically a wall with the E! Logo plastered over it, we were going to until an overzealous security guard said we couldn’t because we got a photo inside the studio… lol… I just thought that was funny. Go ahead and get a photo on the set… but not in front of a wall. Lol…

We then went into the lobby and Lindsay and I got our photo taken with the G4 Ninja cut out. 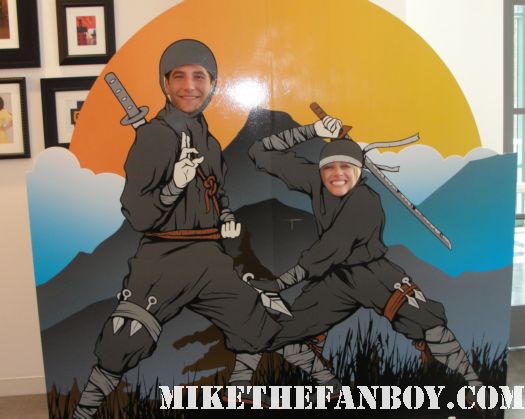 And then we insisted that Marie do the same. Marie looks adorable… right! lol… 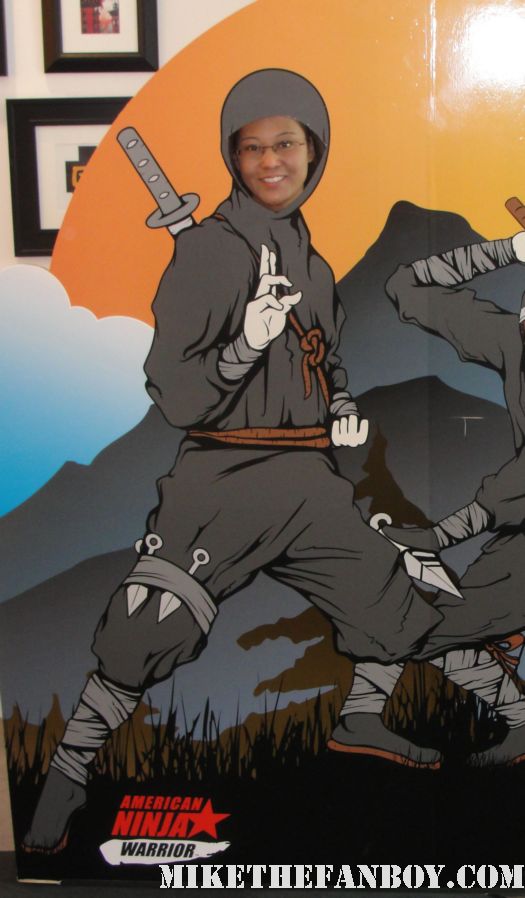 Then I desperately needed a Diet Coke… I mean I think that the lack of caffeine was playing with my brain! Colors were brighter, smells were stronger, and lord knows we can’t have that. lol… I went to the lobby and saw a joyous sight… A ginormous soda cup that the deli worker and I dubbed the “Happy Cup” lol… So, of course I had to write that on the cup, because I’m a giant dork! lol… 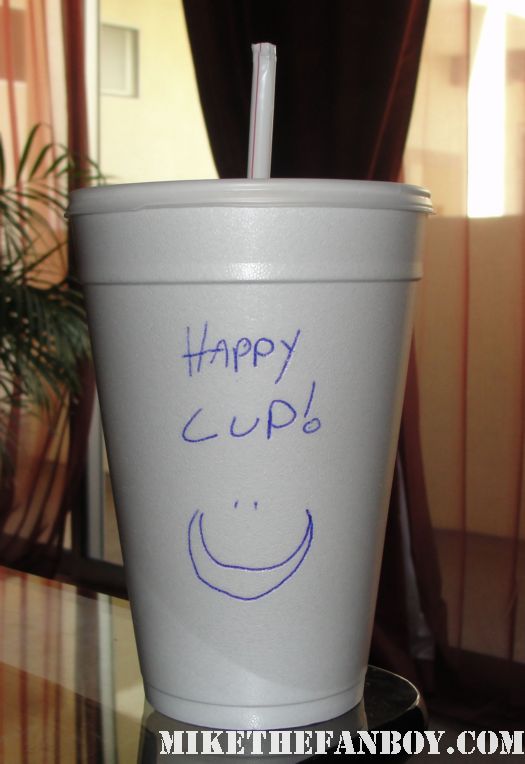 Such a fun day, and I want to thank Marie for including Lindsay and I on this fun adventure. It was so nice of her to think of me, and consequently Lindsay as well. I mean really… Thank you again! I had such a blast! I love meeting new cool people!