When it comes to indie films, there are some that are clearly more successful than others. In fact, it takes a rare about of momentum to really propel an indie film to the spotlight. One movie that did break out was Napoleon Dynamite.

Released in 2004, Napoleon Dynamite was an unlikely cult phenomenon that took mainstream audiences by storm. The interesting thing about Napoleon Dynamite, is that watching it again, it’s really a bizarre film. It has a cast of crazy characters and unique situations that for some reason works. 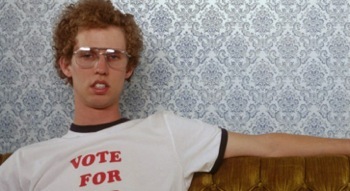 Napoleon (John Heder) is the quintessential dork but he thinks he’s a total badass. He has no clue that the entire school thinks he’s a laughing stock and he’s getting made fun of all the time. Napoleon lives with his brother Kip (Aaron Ruell) and his grandma (Sandy Martin) who is an adventure loving trip. They all live in a midwest farming town that gives a new meaning to the term boredom. 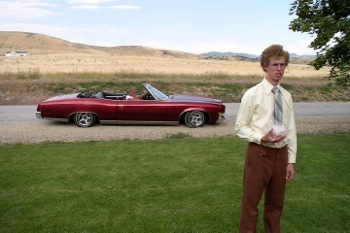 Napoleon has some interesting hobbies, he has to feed his grandma’s Llama and he likes to draw strange caricatures of animals, classmates, and others. Napoleon’s grandma gets injured in a dune buggy incident and Napoleon’s Uncle Rico (Jon Gries) comes to town to keep these two crazies in line. Rico used to be a high school football player and he lives in a perpetual state of trying to relive his former glory. Rico’s come up with a scheme to pitch some breast enlargement formula to the locals and gets Napoleon and Kip to help him out in his endeavor. 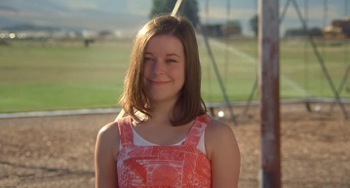 While all this is happening Napoleon made friends with Pedro (Efran Ramirez) and the outsider girl at school Deb (Tina Majorino). Napoleon tries to escape his own life and focuses on trying to get Pedro elected. 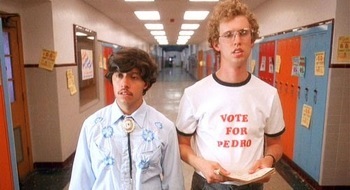 The crazy thing about Napoleon Dynamite is how good Jon Heder is in the title role. I’m not surprised that Heder was unable to escape the shadow of Napoleon in his career because he was so perfect in the role. It’s shocking how good he is. If he was more established, Jon Heder would have gotten an award, he is that good. 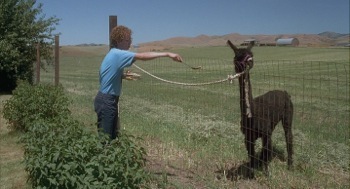 Equally good is Tina Majorino. She barely has any dialogue, but makes a striking presence in the film as well as Efran Ramirez. In another universe the three of them could have been the outcast Three Musketeers! 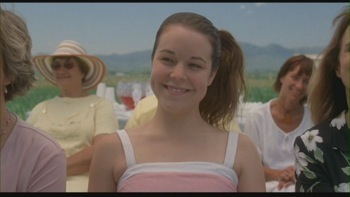 What is it that makes Napoleon Dynamite so enduring and endearing? I wish I knew. By all accounts the film shouldn’t work, it’s this strange film jammed with so many oddball characters, in a remote town and yet… Even years later, it’s amazing to watch.

Considering the fact that Napoleon Dynamite was shot very cheaply, it’s not shocking that the picture quality was foremost on anyone’s mind. With that in mind this transfer looks pretty damn good. In fact, it’s probably the best I’ve seen the film look. The colors look good even if the contrast is slightly elevated. 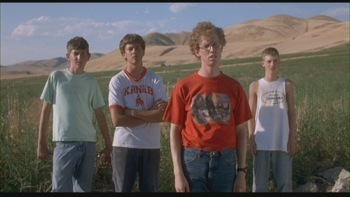 This edition of Napoleon Dynamite is packed with special features including a great commentary track with the cast and creative team Jared Hess, actor Jon Heder and Producer Jeremy Coon, The Wedding of the century featurette, a still gallery, Deleted and Extended Scenes, 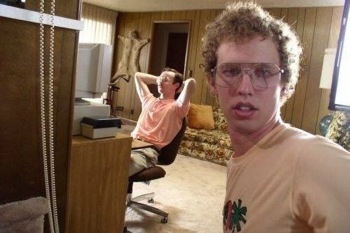 Overall, I’m really glad I was able to give this film another look, it has an awesome transfer that really enhances the viewing experience and to this day it’s something of a head scratcher, which is no rare feat. Jon Heder is perfect in the title role as are the rest of the cast members. If you haven’t seen it, or haven’t seen it lately I would suggest checking out this edition of Napoleon Dynamite!

Napoleon Dynamite the 10th Anniversary Edition is out now on Blu-ray! 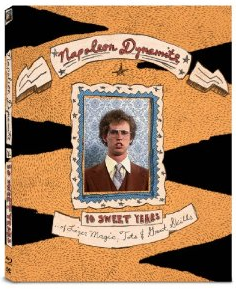