I honestly love watching television shows on DVD, I love it. Some people call it binge viewing but it’s such a great way to not only catch up on shows you’ve missed or hadn’t had time to watch.

JM had a similar experience with the ABC series Nashville. Starring Hayden Panettiere and Connie Britton, Nashville is the story of an aging country music singer and her younger counterpart bursting onto the scene.

The great thing about home entertainment releases is discovering cool new shows and catching up on shows you missed when they first aired. One such show I strongly recommend watching is “Nashville.” Now I know what you’re probably thinking, why would I watch a drama about country music? Some of you might be saying I hate country music (or in my case, enjoy country music casually). Like many of you I possessed similar doubts, but after watching season one on DVD I’m hooked. 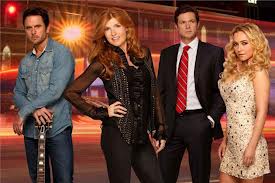 The series takes place in the titular city and revolves around two drastically different country music superstars, Rayna Jaymes (Connie Britton) and Juliette Barnes (Hayden Panettiere). Rayna Jaymes is a fortysomething country music star, whose recent album is selling poorly and currently playing to half empty venues despite being considered the “Queen of Country Music.” Juliette Barnes is the exact opposite, thriving as a crossover country act who continues captivating audiences wherever she goes. 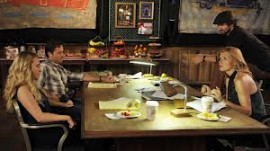 Rayna really despises Juliette and only sees her as a privileged musician skating by with her bubblegum sound and mainstream music appeal. Marshall Evans, President and CEO of Edgehill Republic Records, wants his two best stars to tour with each other, but both refuse on the grounds of principal. Rayna’s longtime guitarist and former lover Deacon Claybourne (Charles Esten) starts to feel a strain as both women try to pull him in their directions as they mount/continue their respective tours. As the series progresses, these three soon realize how much they need each another. 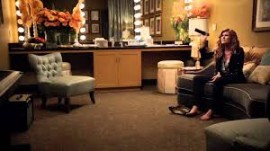 Rayna’s life soon starts spiraling out of control when her father Lamar Wyatt (Powers Boothe) convinces her husband, Teddy Conrad (Eric Close) to run as a candidate for the mayor of Nashville against longtime family friend Coleman Carlisle (Robert Wisdom). Meanwhile Deacon’s niece Scarlett O’Connor (Clare Bowen) recently moved to Nashville with her singer/songwriter boyfriend Avery Barkley (Jonathan Jackson) and works at the Bluebird Café, where country musicians regularly perform, including Gunnar Scott (Sam Palladio), who starts writing songs with Scarlett. This large ensemble presents a riveting, remarkable insight into the music industry and persists as one of the most interesting dramas on TV. 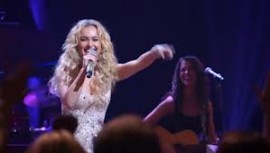 From the brain of Academy Award winning screenwriter Callie Khouri (“Thelma & Louise”), “Nashville” navigates through an impressive backdrop and contains an impressive cast of supporting characters. Although a little soap opera-ish at times, the series maintains an interesting interwoven storyline that viewers will immediately appreciate. The pilot episode is one of the best I have seen in quite a long time for network TV. Although country music isn’t my favorite music genre I couldn’t stop watching this series and nearly finished watching it in one weekend session. 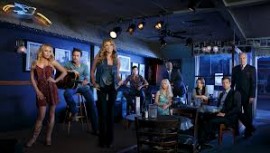 Once again, T. Bone Burnett (“Crazy Heart”) provides an astounding array of country music for the first season and warrants a listen outside of the series. Even country fans outside of the TV series have graciously welcomed the original music and its easy to understand why, they’re well crafted. Whether or not you enjoy country music, “Nashville” is definitely worth the watch and has no connection to the Robert Altman film of the same name. 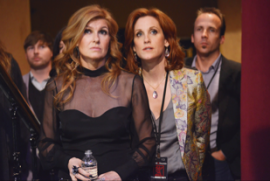 The 5-DVD release contains all 21 episodes of the first season and after enjoying all the special features I learned all of the episodes (except the pilot) are named after Hank Williams’ songs. For special features junkies, its more or less the usual “generic” features offered with behind the scenes features, bloopers and deleted scenes. The most interesting one offered is the “On The Record: B-Side” giving an insight on the talent behind the show’s stellar soundtrack and music.

Nashville season 1 is out now on DVD! 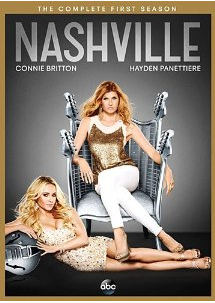