I don’t know what it is about a series that makes it a guilty pleasure. It could be the amped up level of drama? It could be fun musical moments? It could be fighting between two divas? Or… It could be all of the above.

Welcome to Nashville. The ABC series is returning to the airwaves for it’s third season on september 24, but let’s take a look at Nashville: The Complete Second Season coming out on DVD. Starring a pair of dueling country western signers, one Rayna Jaymes (Connie Britton) a country superstar whose star is fading and Juliette Barnes (Hayden Panettiere) an up and coming country diva. 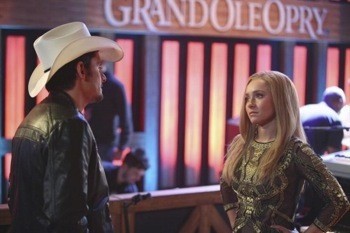 This season saw the addition of a couple new cast members including Aubrey Peeples as Layla Grant who is a new rival for Juliette who was on a national singing competition. What I loved about this, is that it makes Juliette no longer the new kid on the block and come on, who doesn’t love it when the claws come out. 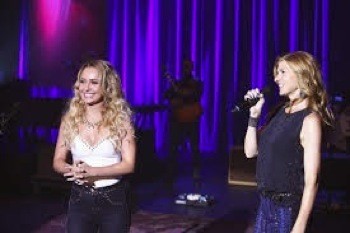 Season two opens with the after math of the season one finale. Rayna is in a medically induced coma and no one is sure that she will survive. Deacon (Charles Esten) believes that the accident is his fault and that he was the one driving the car. He is wracked with guilt, so he pleads guilty for driving drunk and gets thrown into jail. 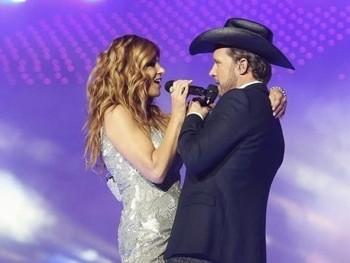 Meanwhile, Juliette is trying to comfort Maddie (Lennon Stella) and who learns the identity of her father. Yep, Maddie is Juliette’s dad. Did I mention this is guilty pleasure? Oh, and let’s not forget that Rayna wakes up and everyone realizes that she was the one driving the car. 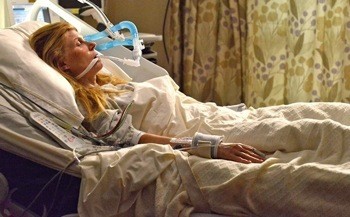 Man… That was only in the first episode, so what’s in store for the rest of the season?

Well, let me tell you…

There’s backstabbing, Juliette makes enemies with the religious right wingers after a quote gets serendipitously edited, her concerts get cancelled, people don’t show, she’s at a total low point. She’s at such a low point, she is forced to join up with Rayna as the newest artist signed to her record label, and they have to navigate the negative media waters. 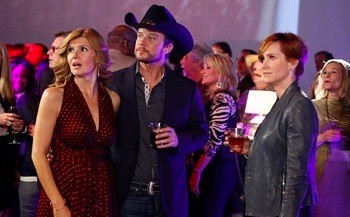 Plus, up and comer Scarlett is biting at Juliette’s heels and dealing with a lot of things that Juliette had to in the first season. She has an abusive mother, who pops up now that her daughter has some notoriety, and a bunch of issues. 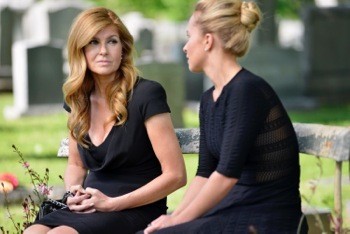 This season also deals with a trial, the death of a key cast member, a reality show, proposals and so much more.

Did I mention that Nashville is a guilty pleasure, I may have just figured out why for myself.

Special features on the set include:

Nashville: On The Record Music Special – Now, this was a special that features the cast performing the music from the series at Ryman Auditorium in Nashville. I have to tell you, it’s pretty amazing. I was really hoping that this would be included and I think it’s one of the best bonus features on any DVD set this year. It’s an amazing special for any fan. They even include some backstage bits and a little from the songwriters as well. 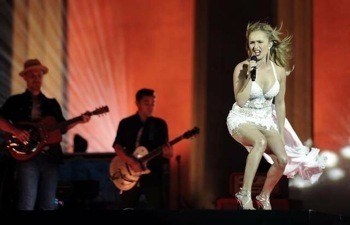 Also included is a small set of bloopers, fairly standard stuff, but as I’ve said before, I’m a sucker for a good blooper reel. I think it’s funny, and shows off a human side to the cast.

Finally, there are some deleted scenes. Again, nothing that really shouldn’t have been cut, at least for my taste, but I’m glad that they are included. It’s just an interesting lesson to learn and see what in an episode works and what doesn’t. 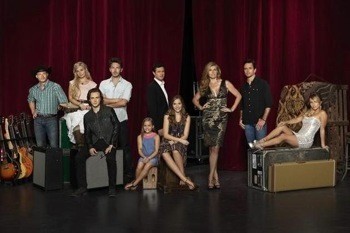 Overall, I really enjoy this series. I’m not a country music fan, but this series is a lot of fun and the two leads are so good in their roles. There’s still time to catch up and join in on the fun of Nashville, personally I would start with season one, and then pop in season 2. I think you’ll really enjoy the soapy fun.

Nashville: The Complete Second Season is out now on DVD! 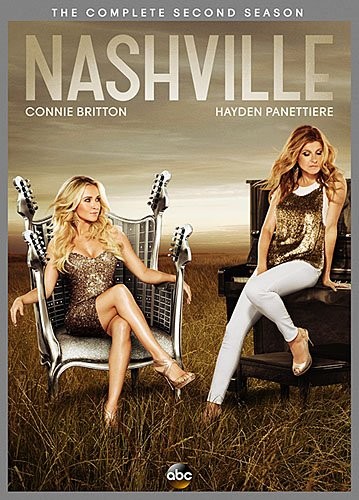