When I look back at my youth there are a few musical artists I can legitimately say have helped provide the soundtrack of my life. None so much as former 10,000 Maniacs singer Natalie Merchant however. With her rise to pop stardom in the early 1990’s, she has been a staple in my cd player, then my computer, then my I-Pod and now my I-Phone.

So, when I saw she was doing a rare concert here in Southern California I was more than excited. Then I realized it was in Santa Ana California. There aren’t many people I would brave Los Angeles rush hour traffic for, but Natalie is one of them. 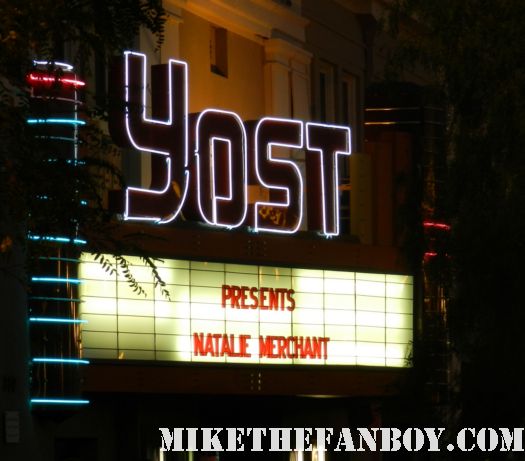 Come on Natalie, not the Wiltern? Greek? El Rey? Sigh… After trudging through the traffic my friend Helen and I made our way to the theatre in gulp… Santa Ana… Now, maybe the Yost theatre in Santa Ana wasn’t used to actually having concerts but after dealing with

1. The Ticket Taker saying my tickets were fake.

3. Having security check my wrist every 10 minutes for the wristband and then getting into a fight with the people next to me who were never told about the Alice in Wonderland hunt for the wristband which turned into a shouting match.

We finally settled in to seeing Natalie.

Now, I wasn’t expecting to see my beloved Natalie Merchant with striking grey hair. I know I shouldn’t even harp on such things but it took me off guard, I remember my Natalie with her signature long striking black hair. So, I’ll be honest it took me a second to get used to it. 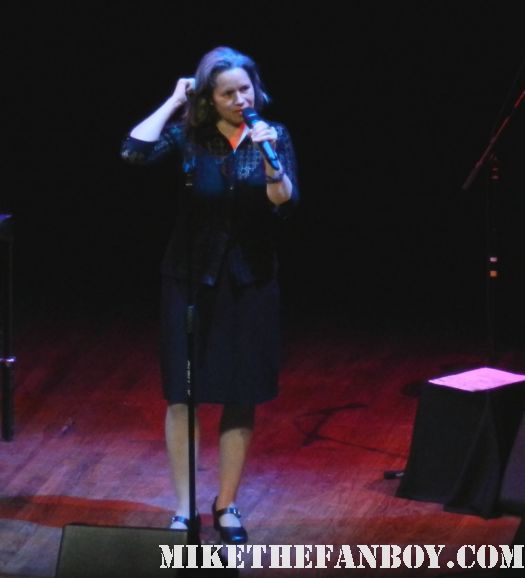 Once Natalie opened her mouth however, it was the Natalie I remembered and more so. This was a rare one off concert and featured Natalie accompanied by her long time band mates Eric and Gabe and a bassist. The tendency with an acoustic show is slow arrangements and introspective songs and while most Natalie Merchant songs fit this description, Natalie did her best to make sure the evening was also peppered with light moments as well. 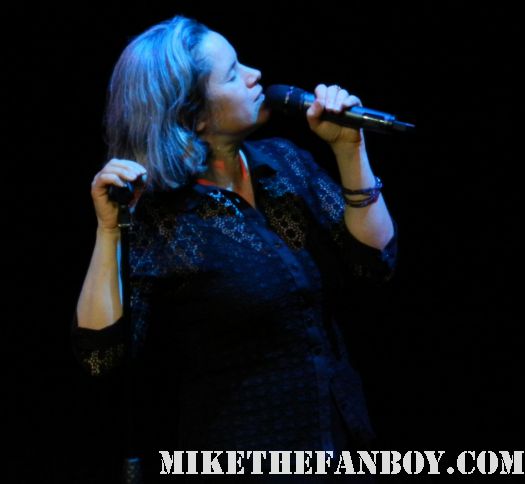 Opening with the amazing San Andreas Fault, it was clear Natalie’s voice was in fine form. It was also clear that this was going to be an evening full of classic Natalie songs with a few selections from, Leave Your Sleep thrown in for good measure. 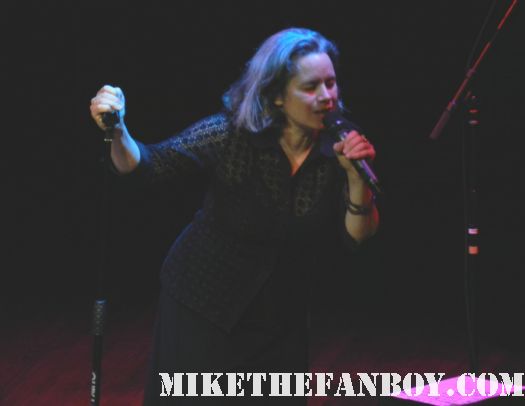 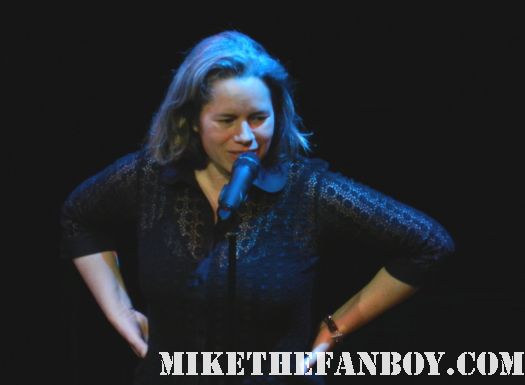 Natalie busted out random covers ranging from Proud Mary, to Everyday People, to Dance With Me, to what I suspect was the start of Into The Mystic by Van Morrison but Eric her guitarist didn’t know it. I love shows like this, they are not the prepackaged concerts you see in the big arenas. This was a show for fans who can just appreciate the artist they love. 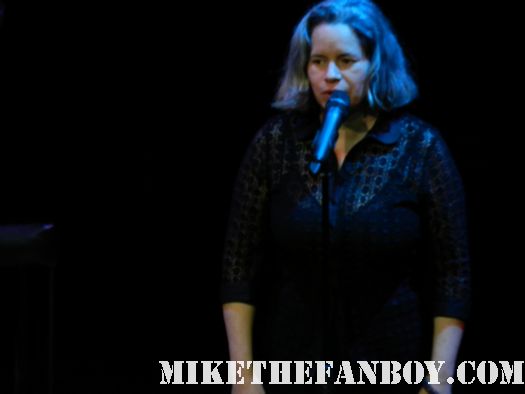 Throughout the night Natalie lectured us on “being in the moment” and not recording the show and uploading it to youtube, and even brought a young boy on stage and interviewed him. LOL… Not your average concert going experience to say the least. 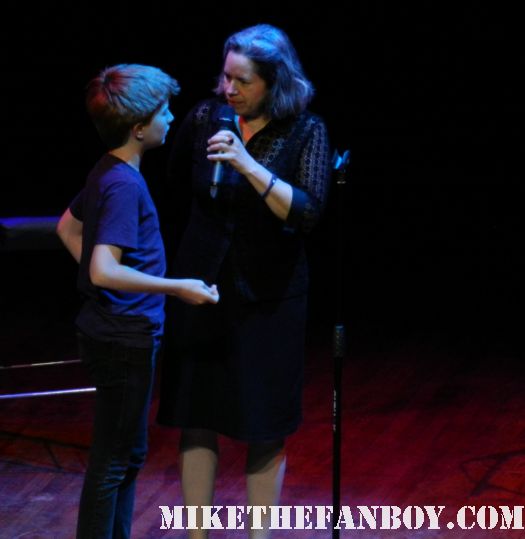 The evening consisted of selections from Tigerlily including Wonder, Carnival, River, and a heavy portion of Motherland including the title track, Build a Levee, Tell Yourself, Saint Judas and Golden Boy. Towards the end of the evening Natalie played a “sort of new” song, Texas. Which is amazing. There were even a few 10,000 Maniacs songs thrown in for good measure like These Are Days, Gold Rush Brides, and Don’t Talk. 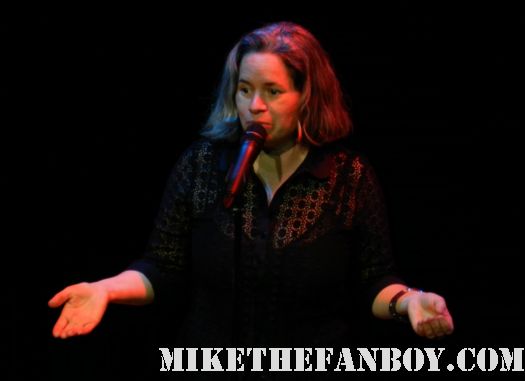 The crowd was interesting… That’s the best word I can use to describe it, there were sections who were loud, boisterous and rude at times, but the majority of the people there were simply transfixed by the performance. It was an amazing night that I will not soon forget. 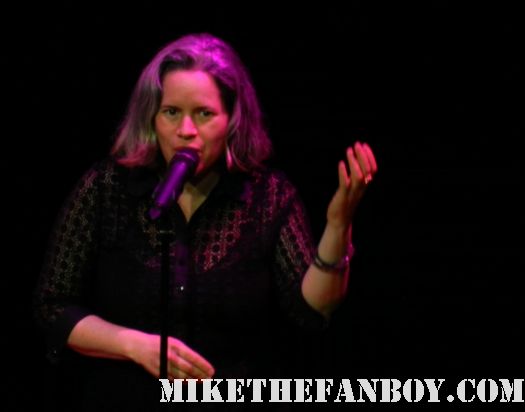 A lot of people have asked me over the years, “why do you love Natalie Merchant?” and I’ve boiled it down to this. Her voice is and even persona really is to me, like my grandmother telling me a story, very much like our forefather had to do years ago. It’s from another time almost another era. and I for one am very thankful for that!

Check Out More Photos From The Show Below! 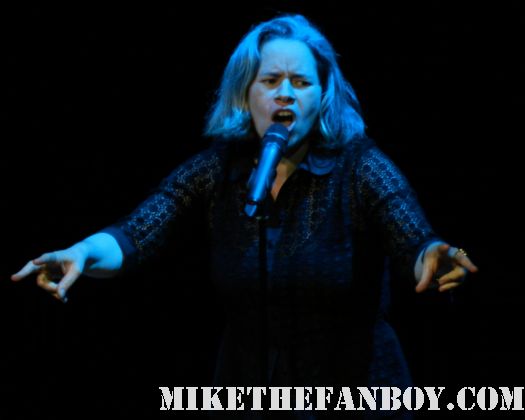 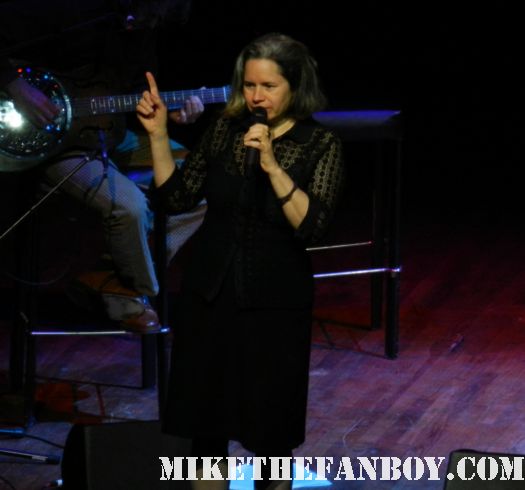 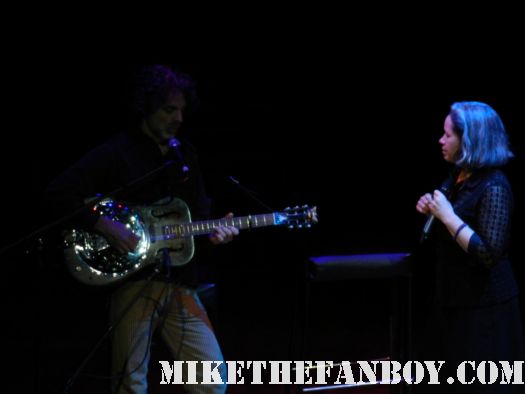 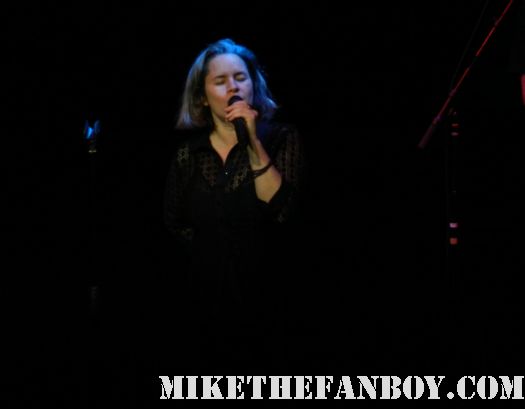 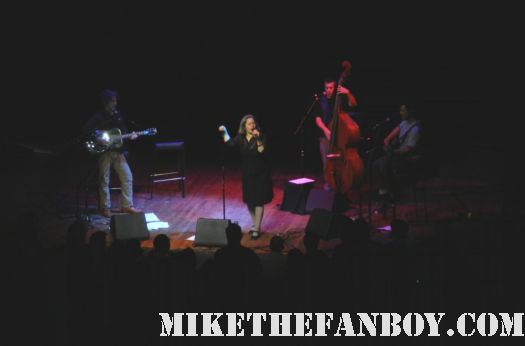 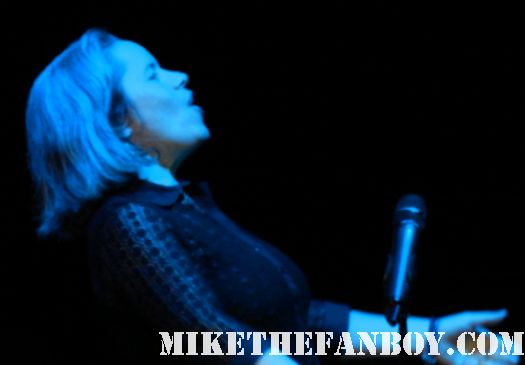 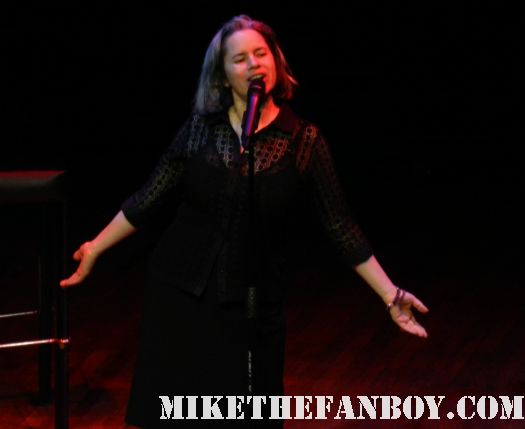 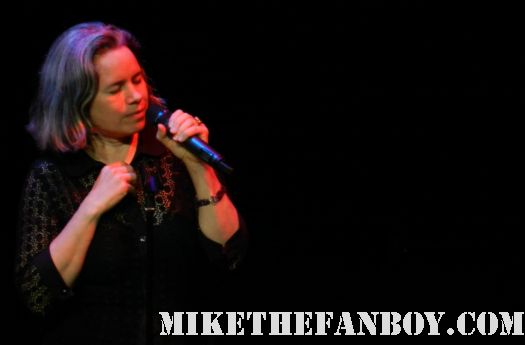 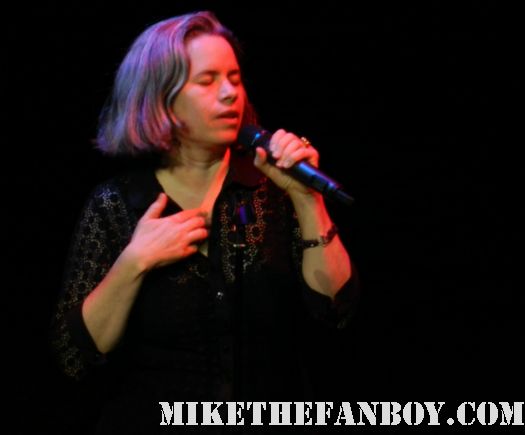 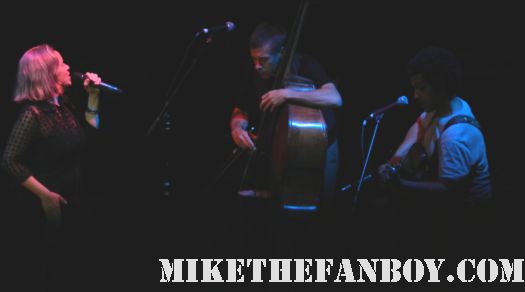 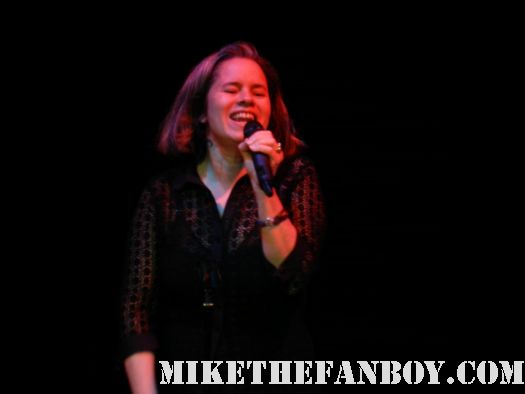 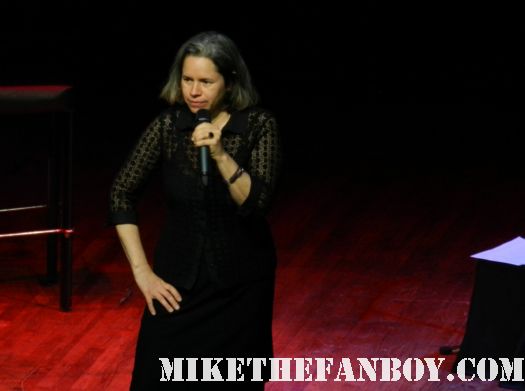 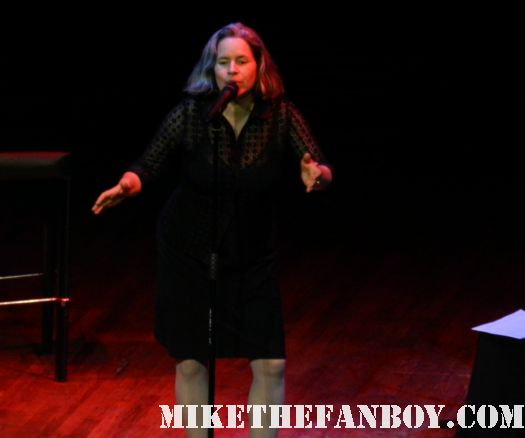 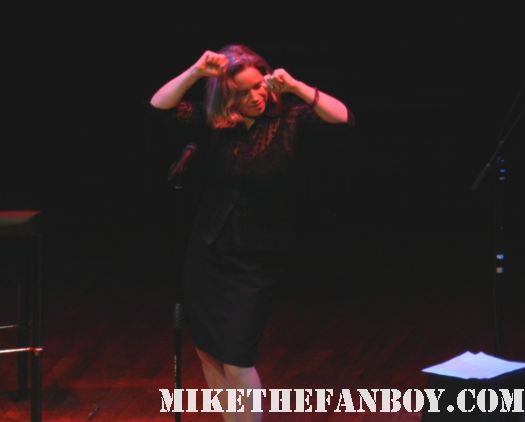 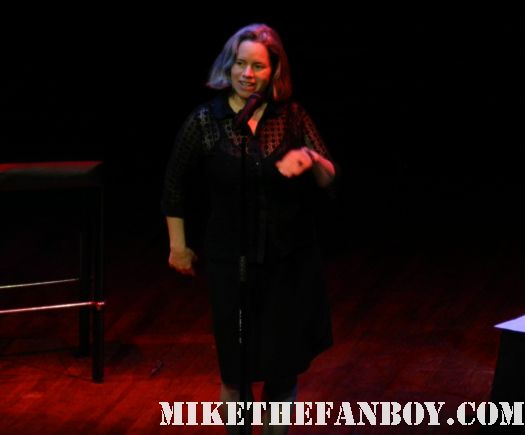