Who doesn’t love Nathan Fillion? I mean seriously, he’s awesome! From Serenity, to Castle, to Slither, to the original Firefly, to Buffy The Vampire Slayer, and on and on and on. Waitress, one of the cutest films ever… I just love the guy. He’s freakin’ Mal!

When I heard that Nathan Fillion was doing a talk show today, I figured I would run by after work. He’s such a fan friendly guy, and I figured since my back was still in the healing process, I would do okay here. I know the Dumb and Dumber Too premiere was also tonight, so I thought it might be a light group.

When I arrived, I saw Paul and Canadian Dave, and there were only about six people. Sweet.

Now, I have a mini poster, but what I really want to get signed is my Firefly Mal Reynolds Frontier Pistol replica. It’s pretty awesome by itself, but signed in silver… I’m going to be stoked.

I honestly… Feel a little odd bringing anything “gun” related to any event, but I have the box out, just so that everyone knows it’s only a replica. LOL… Oh what to do.

We have a barricade now and a few more people have joined us on the end.

And then… We see security looking around. Clearly, Nathan Fillion is going to leave. And then three seconds later out he comes. 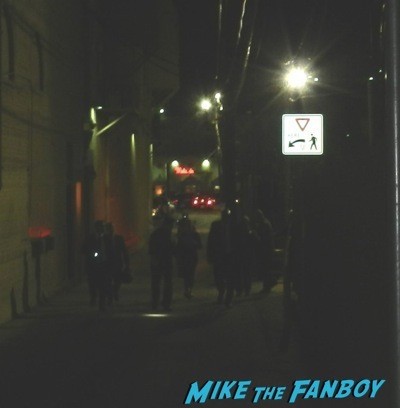 We don’t even have to yell, 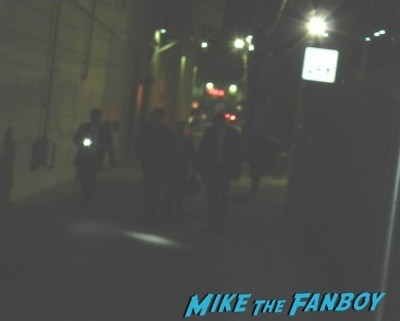 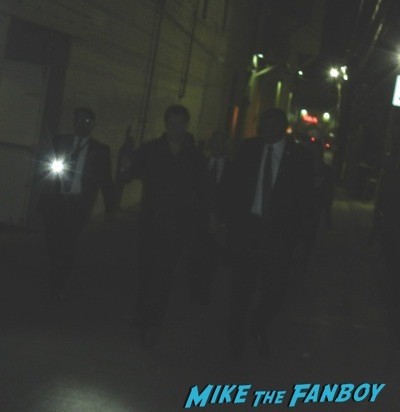 Nathan Fillion comes right on over and says, “Does someone have a pen I can use for everyone?” He is super cool, and security says, he’s in a hurry so only one each. 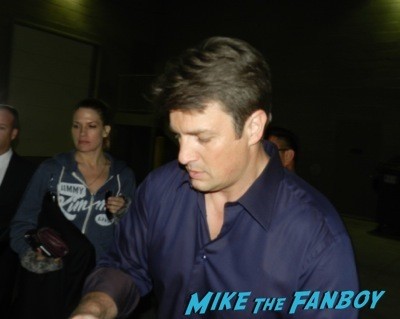 I have the gun replica out, and Nathan is about to sign the box and I was like, “Oh can you sign the handle, “He was like oh yeah sure!” Such a cool guy, seriously. He heads down the line fast, but is always personable. 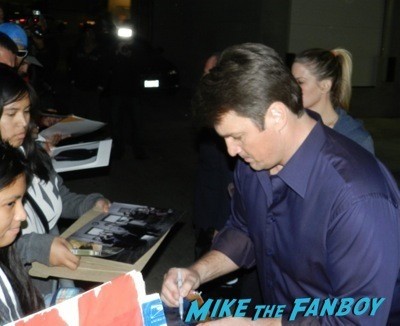 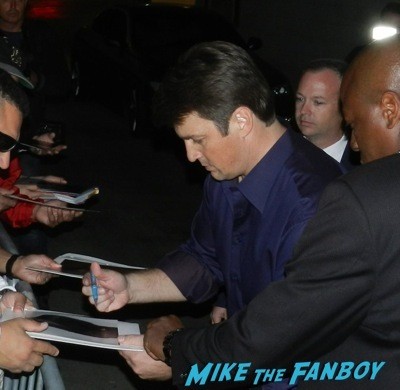 My gun looks so good! I’m really excited. Firefly is one of my favorites! 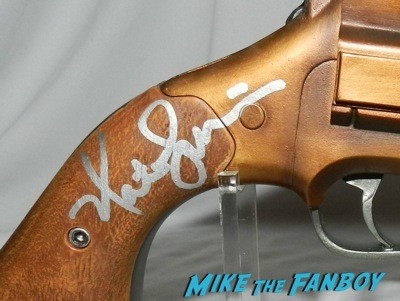 Really excited about this day!