NECA is one of the biggest draws at SDCC and they have just released two new exclusives that will be available at the con.

NECA always has some interesting collectables up for sale, and judging from this years crop of exclusives this year will be no exception.

toyark.com has the first exclusive.

Brave. Daring. Heroic. No man can stop him! Our newest Rambo action figure is a tribute to the classic “Force of Freedom” line released by Coleco in the late 1980s. Featuring the likeness of Sylvester Stallone, the figure stands approximately 7” tall and has over 25 points of articulation. Rambo comes with machine gun, compound bow, arrows and knife accessories for the battle against S.A.V.A.G.E., as well as a collectible file card with bio. All new head sculpt & new accessories that are unique to this release.

The blister card packaging is an homage to the classic version as well, and features a visual checklist for every NECA Rambo figure to date. 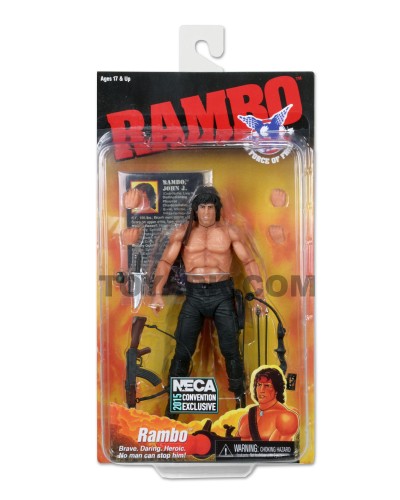 Then there’s a really cool Friday the 13th exclusive as well.

From the NECA blog:

Ari Lehman, the actor who portrayed young Jason Voorhees in 1980’s Friday the 13th revealed the 2015 convention exclusive 35th Anniversary Pamela Voorhees with Young Jason 8″ clothed action figure set today on Facebook!
Along with a brand new photo gallery from the NECA Studio, Ari posted up a loving tribute to the actress who portrayed his on-screen mother, Betsy Palmer, who recently passed at the end of May. 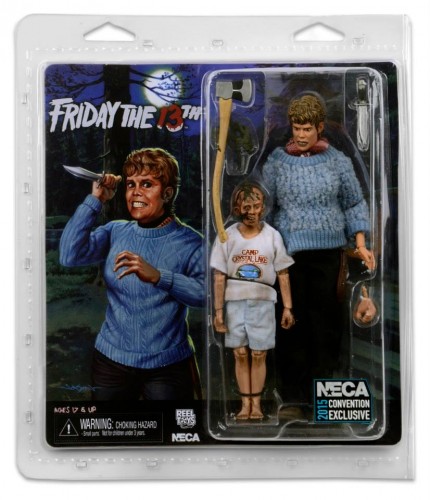 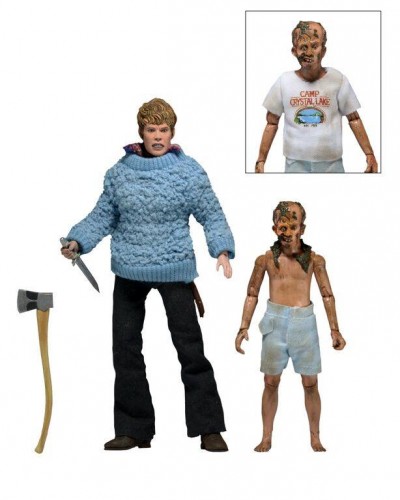