Toyfair 2016 has come and gone and we have some really kewl figures coming out this year. Start mowing those lawns, hitting those paper routes or sending out those emails pretending you’re a Nigerian banker and save save save!

We’ll have more Star Wars Black Series figures to look forward to. The Rebels line will make their way to the shelves briefly so keep an eye out and make sure to catch up on the awesome show on Disney XD. Todd McFarlane announced a new line of Walking Dead figures coming out. These will be larger than the ones we currently collect even though those were fine just the way they were. I’m not sure if the current size will continue but start tweeting if it is to be discontinued. Who wants to start over that line? There’s already so many! At least they’re awesome.

A few of the figures that stood out to me were from NECA. The horror fan in me went a little giddy. They already announced an 8” Mego version of Leatherface from Texas Chainsaw Massacre 2, 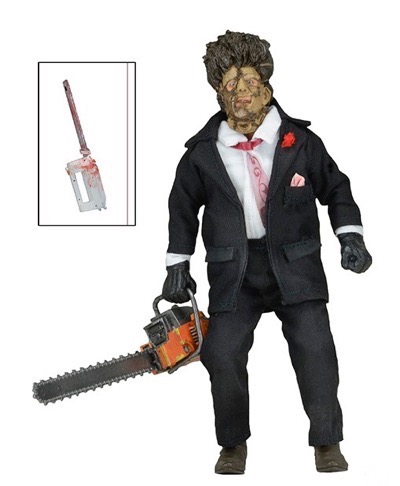 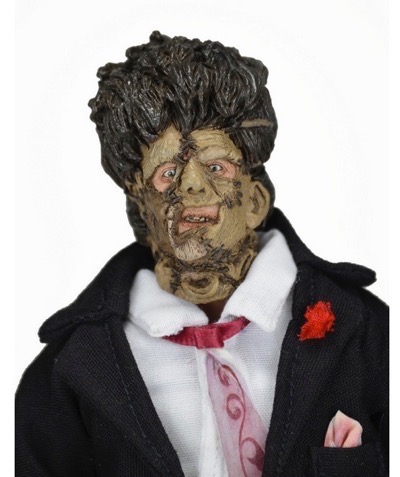 now we get a Captain Spaulding from House of a Thousand Corpses to look forward to. Look up your nearest horror con and see aboot getting those babies signed by Bill Johnson and Sid Haig.

They’ll look great signed! You’ll also want to look for a Bruce Campbell appearance because he has two groovy Ash VS Evil Dead figures coming out based on the awesome hit Starz show. You can also expect one of those Satan’s helper creature dudes. 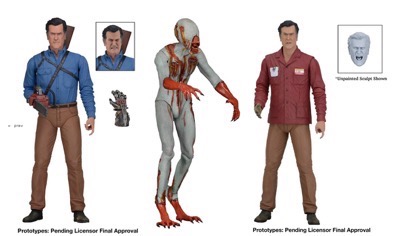 For the Jason Voorhees fans out there we get another Part 3 figure to put on our shelves. This will be under the “Ultimate” line and come in one of those handy dandy show boxes with the flap showing the poster or whatever on the outside and the figure and sweet accessories on the inside window where I like to get my ultimate figures signed. Sadly we don’t have Richard Brooker, the dude that played Jason 3, to sign anymore, but this is still a cool figure to own. But wait, aren’t you wondering if you’ve seen this figure before? Well, yes you have, but this one comes with multiple heads and other cool tools to kill those pesky teens with, so I’m buying it. Now shut up. You can always have the director or producer sign the box. (On the title picture.) 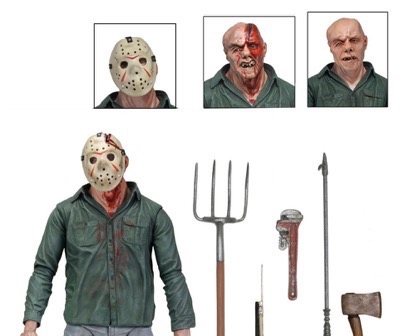 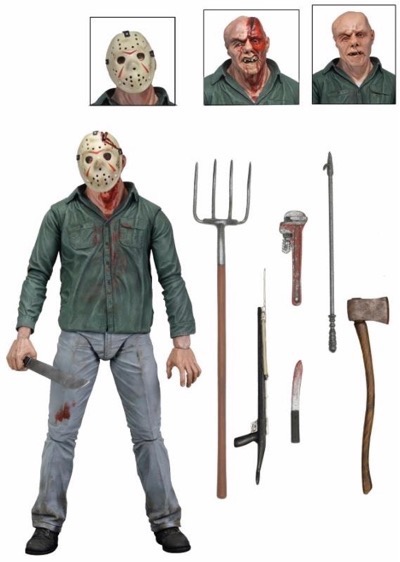 On a non-bogus excellent note, we’re totally getting 8” Mego Bill and Ted’s Excellent Adventure figures! Yes way! This set features the bodacious Bill S. Preston Esquire and Ted Theodore Logan with rocking guitars and funny outfits that I never saw anyone wear in the 80s. Keanu Reeves and Alex Winter should be proud of these and hopefully you can get them to sign the box. That would totally rule. 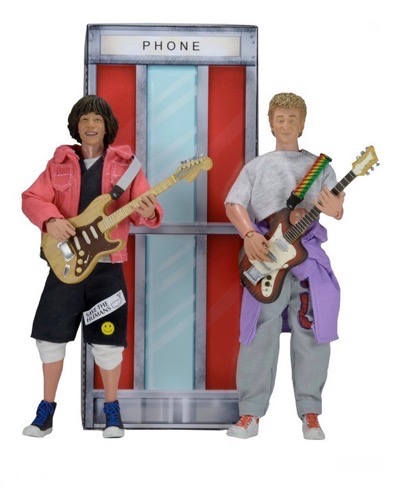 Not to be outdone by the late 80s, we have some more figures from the Rocky series coming out. These four will be from 1982’s Rocky III and feature two Rockys and two Clubber Langs fresh off the A-Team set to kick Rocky’s ass and then in turn, get his ass kicked at the end. (Oops, did you all forget that’s how that movie ended? Your bad, it’s over 30 years old.) 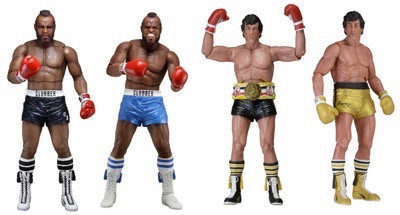 I would love to get Sylvester Stallone to scribble his “S” on this or Mr. T’s “T” (I’m guessing that’s how he signs, if he does) on these bad mamma jammas. We’re also getting another Ultimate Terminator figure. When you open the flap you’ll see the previously released figure from a few years ago with more accessories and heads, just like our new Jason Voorhees figure from Friday the 13th part 3. 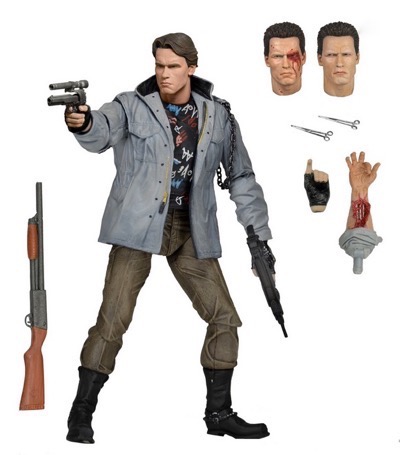 This is where you ask, “Hey Big Mike, do we need all these awesome figures?” Don’t be stupid. Yes. Just don’t take all the good ones before I make it to the aisles. There will also be some really rad figures from 1990’s Teenage Mutant Ninja Turtles coming out which still look cooler than the ones from the reboot. I suggest you grab those before other older dorks like me skip out of work early to get to the toy stores/aisles. Well do it. I’m not kidding around. So there. Until next time, figure this and save save save.