Netflix is quickly becoming one of the top places for quality programming. With House of Cards, and Orange is the New Black it has two television series that are in the running for Emmy awards.

To help celebrate and get the word out, Netflix hosted a panel called Women Ruling TV with Jodie Foster, Taylor Schilling, Kate Mulgrew, Robin Wright; and director of The Square Jehane Noujaim. 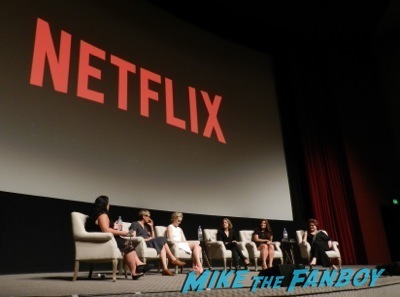 It was an incredible evening, just to see these amazingly intelligent women at the top of their game on one stage. Suddenly Susan, Scotty and I were fortunate enough to attend.

highlights from the panel include:

Robin Wright mentioned “You don’t come across female roles like this over a 13 episode arc!” added Taylor Schilling, “Finding parts like this where a woman is driving her own story and not just an appendage for someone else is just so rare.” 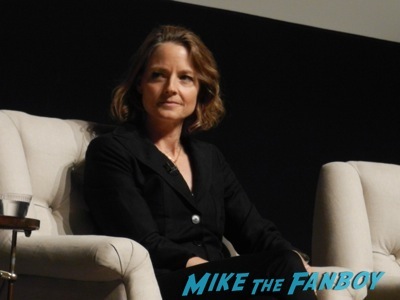 Jodie Foster talked about acting and directing. “It’s certainly possible (taking another acting role) I’ll never stop acting. It’s been a part of my life since I was 3. If there was a 300-pound circus clown roe, I could do that. I’ve never done that before, but I’m kind of in my director head now.” 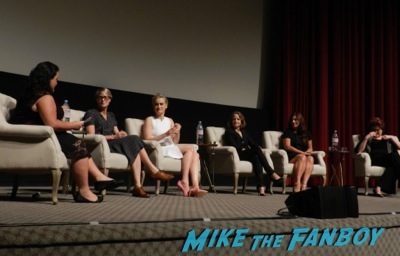 Jodie Foster also talked a lot about starting directing “I feel like I have a lot to learn. I’ve only directed three movies. TV is a place where I can learn a lot as a director. It’s a chance to serve a concept. Thank God for Netflix for thinking maybe I could do it.” 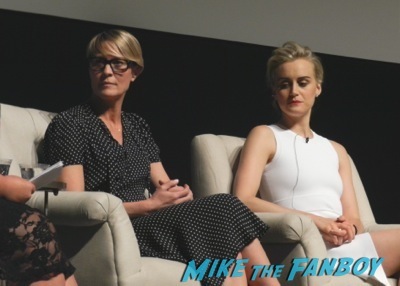 Robin Wright added, “I always wanted to do that, but I was so fucking scared! Then, selfishly you’re on sets and you’re biting your tongue so much because you know how a scene should be blocked and you can’t say anything.” 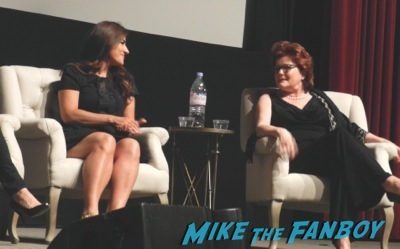 Robin added, “It’s like family. It’s like I’m going back to school to see my pals. I’m going to direct another episode, I can’t wait to correct my mistakes.”

“I thought he would be a bully, but he was so quiet, he let me learn.” 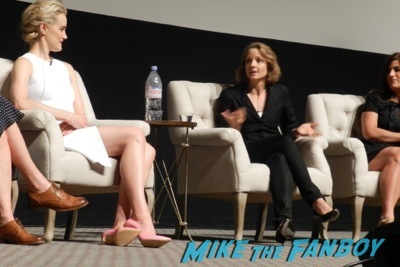 Jodie Foster mentioned who much David Fincher has influenced her. “The show really echoes David Fincher’s sensibility.” added Wright, “He’s listening to every table read. He comes in and polishes the corner, but it changes the arc of the story.” 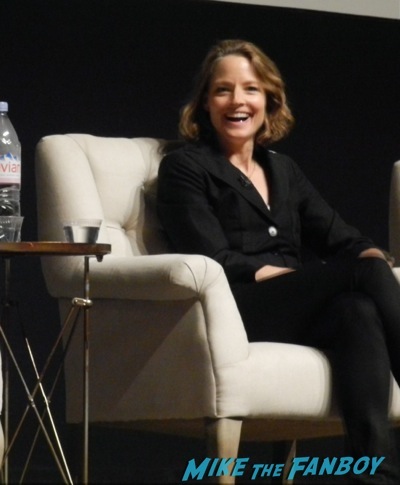 Jodie Foster said, “I feel like I’ve learned more from David Fincher than anyone I’ve worked with in my life. I don’t think there’s anyone who’s a greater technician. I’m always amazed by him, by his spirit. He’s very precise, manicured, structured.” 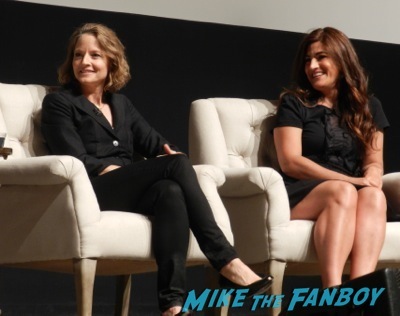 It seems like all the women in the room love auditioning!

“I was given a page, It called for a slight Russian accent. This absolute peasant came into my mind and I gave it to the camera. I liked that. May the best man win!” said Kate Mulgrew. 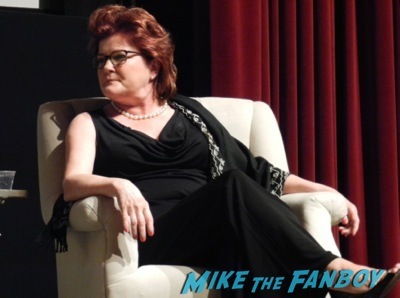 Foster said, “I love the audition, even if I know I’m going to hire the actor, I love to hear them say the words. It helps me know what the movie is about and shape the character.

After the panel there was a bit of a dash to the stage. I headed up and the first person to come over to my section was Taylor Schilling. She was very cordial and signed my mini poster for Orange Is The New Black and also my Entertainment Weekly magazine as well. 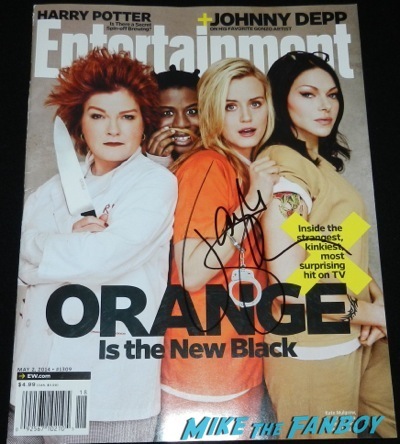 Then Kate Mulgrew was about to leave and I was able to get her to come over. She signed my Orange is the New Black mini poster. I couldn’t get her on the magazine because Ms. Jodie Foster was coming down the line signing for everyone It was a little hard to get photos with anyone, but people tried. 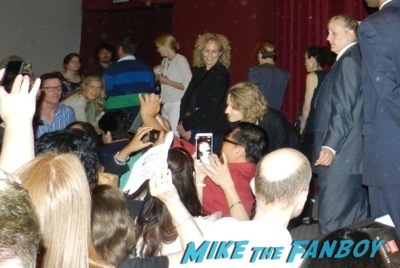 I was able to get my Jodie Foster on my Panic Room mini poster. Jodie was literally just hanging out talking to the waiting fans, so I asked her if she would mind signing my Contact mini poster as well. She was so nice! 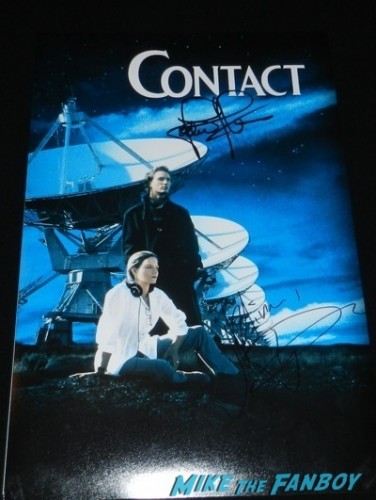 Then I saw Robin Wright talking to a few people on the side, so I walked over and asked her to sign my Princess Bride Mini poster and my counter standee from 1988. 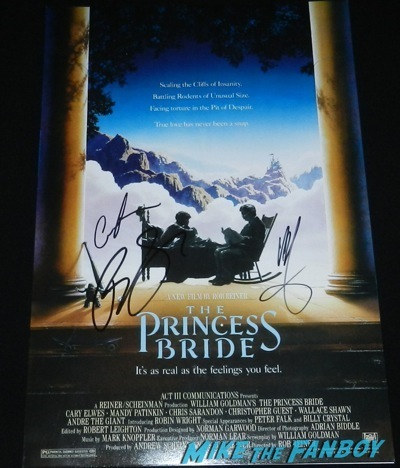 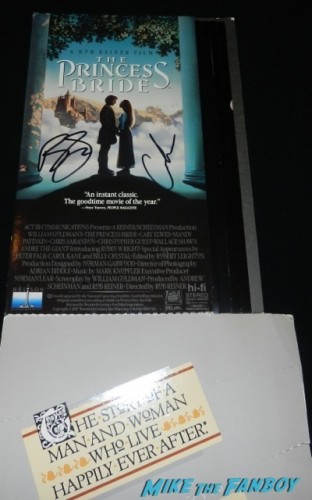 She was very nice and I was able to get a rather bad photo with her as well. 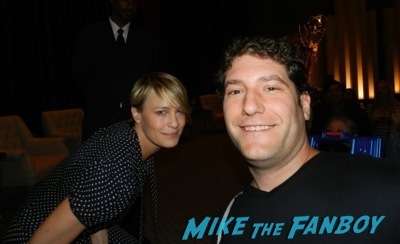 It was an epic evening to be sure! The Panic Room poster came out so nice! Thanks to all the panelists for being so kind! 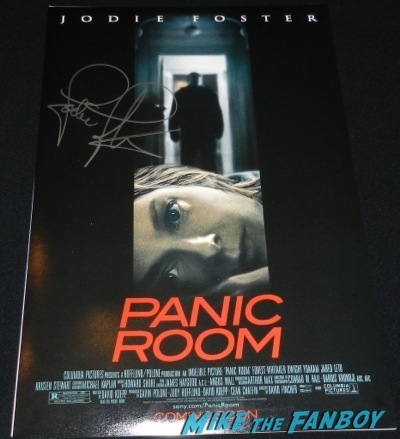 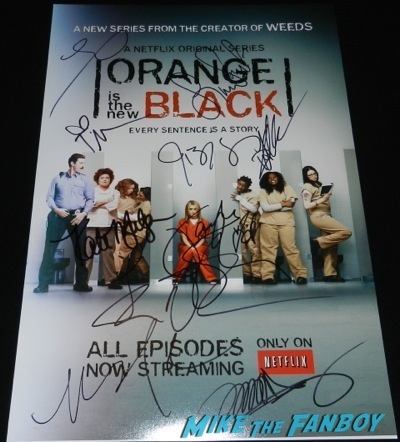