The heat is rising on X-Men: Apocalypse!

Empire online has some awesome concept art work for Angel. Ben Hardy, who’s taking over the role is just going to rock it. I love Ben Hardy and I can see him really doing well in this role.

Judging by the concept art, I think this version of Angel is going to be really good.

Bryan Singer released this statement, “Ben Hardy is Angel – I shall confirm it for you!” said Singer. “But he’s not a very nice Angel! And that’s all I’ll say…” 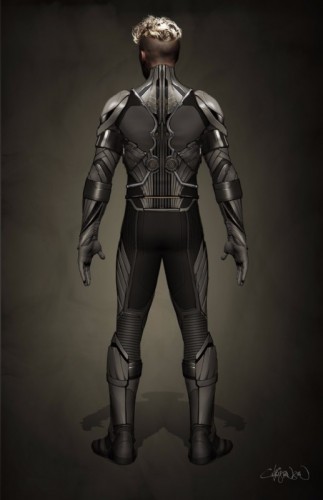 If you look at the concept art, it’s pretty clear that the wings of Angel are a little sharper than we’ve seen in the past.

“If you haven’t read an X-Men comic before, allow us to explain: Apocalypse (played by Oscar Isaac) is a super-powerful mutant supported by the Horsemen, four artificially augmented mutants whose duty it is to do their master’s bidding. Perhaps the most famous Horseman of them all is Warren Worthington III, who was transformed from the blond, blue-eyed Angel into Death, aka the blue-skinned Archangel, complete with knives for wings. “ 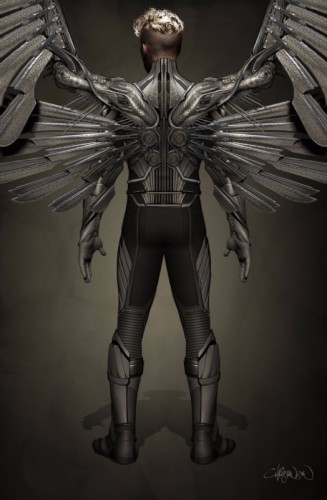