Home / Elisa In The Big Apple • Fanboying! / New Report on a Sneak Preview of Priest 3D with Paul Bettany and Scott Stewart from New York City! 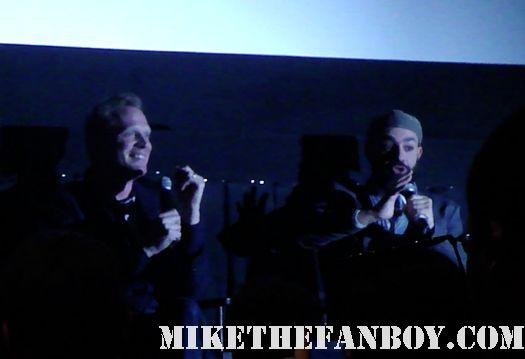 I am so excited to see Priest! It looks like a cross between Underworld and Dark City and really can that be bad!

So, when I got this fun report in, I was even more excited. Our newest Mike The Fanboy contributor Elisa was able to attend a sneak preview screening where they showed a bunch of 3D clips and had a Q and A with Paul Bettany and Scott Stewart who is the director of the film.

Check out her full report including a meet and greet with Paul Bettany and Scott Stewart as well!

Oh, and welcome to the Mike The Fanboy family!

I receive emails from Film Metro all the time and usually am busy when they have their screenings and events. Luckily this time I wasn’t! I’d been looking forward to this movie since hearing about it at SDCC last year so I was excited to attend this event! Better yet, Paul Bettany would be there with the director, Scott Stewart (who also directed Bettany in LEGION). AND there would be free shirts, popcorn and soda. Always a plus. 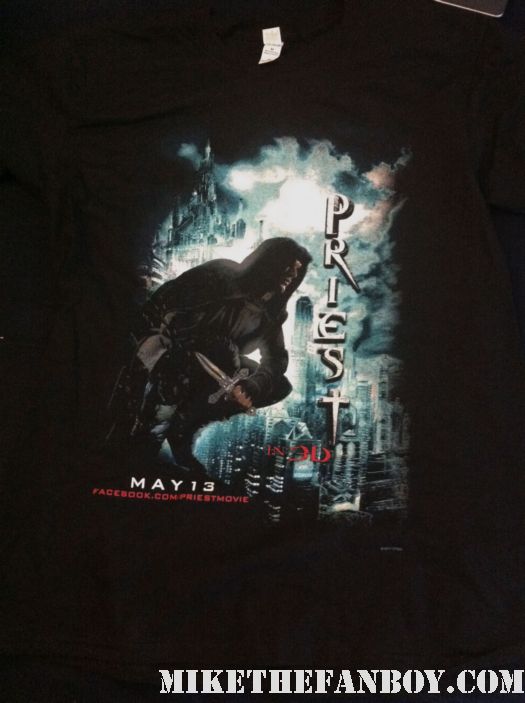 I invited my friend, Kalvin to come and he managed to get in line before me. He got there around 515; the event start time was 7. He let me know the line was already pretty long and I was thankful I was just getting on the train and was only two stops away. I got there before 5:25 and joined him in line. I couldn’t tell if we’d be one of the first 100 people who would be receiving the T-Shirts but I didn’t give up hope, even when the line continued to get fatter (as they always do) in front of us.

They had two lines parallel to each other, the other for a Fast Five screening and once all of their audience went in, our line was able to move towards the wall and they began letting us inside. As they handed me my free popcorn/soda certificate they also gave us a little blue ticket which meant we’d receive a shirt! YESSS!

We made it in and scored some nice aisle seats with a great view of the screen and the area where they’d be doing the Q&A. We got our sodas and popcorn and settled in. Less than fifteen minutes later, the guy from Fangoria (who sponsored the event) got his mic and began introducing the event and the talent. He (yes, I’m horrible at remembering names) also let us know that not only would everyone be getting a T-Shirt but they also had posters which Bettany and Stewart would be signing! (Apparently, this was planned but I somehow missed this fact)

In walk Paul Bettany and Scott Stewart done our aisle, Bettany giving out high fives. They introduce the clips explaining that this are the same clips they showed at WonderCon. Bettany explains that he’s taken a long drive to get here and is beat so we “better f***ing scream” and enjoy the clips, using expletives throughout his rant. It was brilliant.

We see the clips and as a footnote, I am not one who enjoys 3D. At all. I never saw Avatar mostly because I thought any movie that relies that heavily on a gimmick isn’t worth my time. Haha. Yeah, don’t get me started. However, I thought the PRIEST clips we’re well done, even though they were converted later, another process I think is too overused. I was impressed with the quality of the shots and how they used the 3D to add to them not as the sole reason for the scenes (ala any kids 3D film). [Okay, enough anti-3D sentiments] Either way I was impressed with the animated intro they showed us which had yet to be converted as well as the scene and extended trailer. To see part of the scene included in the latest released trailer check it out here:

On to the Q&A- Stewart explained how he was influenced by TokyoPop’s Priest influenced the film (“it’s kind of a sequel in a way to the graphic novel”) and how it differs from most vampire films (“no sparkly vampires” and using the vampires in a way other than as a sublimated sexuality”). 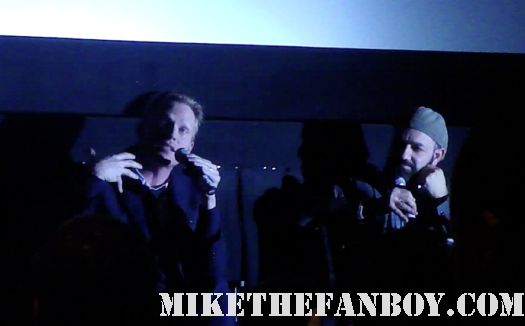 Paul began by apologizing to the seven year-old girl sitting in the front row for swearing so much in his intro- “I’m an appalling human being and you should no way lead your life like I do.”
He continued saying how he was drawn to this character because it was hardship for him; “a stoic, classical, tight lipped, man of few words” and it was attractive to be a tough guy and he’s never had as much fun shooting a film. 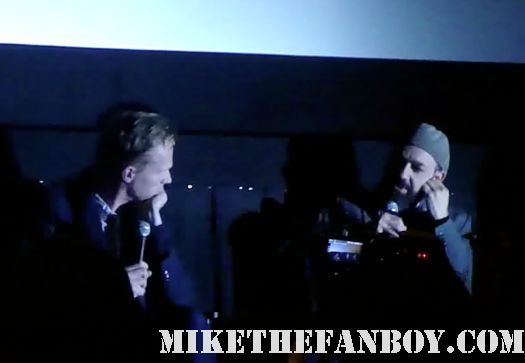 After the Q&A wrapped, we all we’re called up row by row to receive our posters and get them autographed. There was a mad dash to get t-shirts but Kalvin and I stayed in our seats. The woman appointed to guard the line to make sure no one tried sneaking in, did her job well as those who’d dashed for shirts we’re not allowed to cut in line before those who’d waited patiently. It got pretty cut throat for a bit but she handle the people well. Paul and Scott we’re both extremely nice, trying to say something to everyone as we passed through the line. Their chemistry is great and both are hilarious! 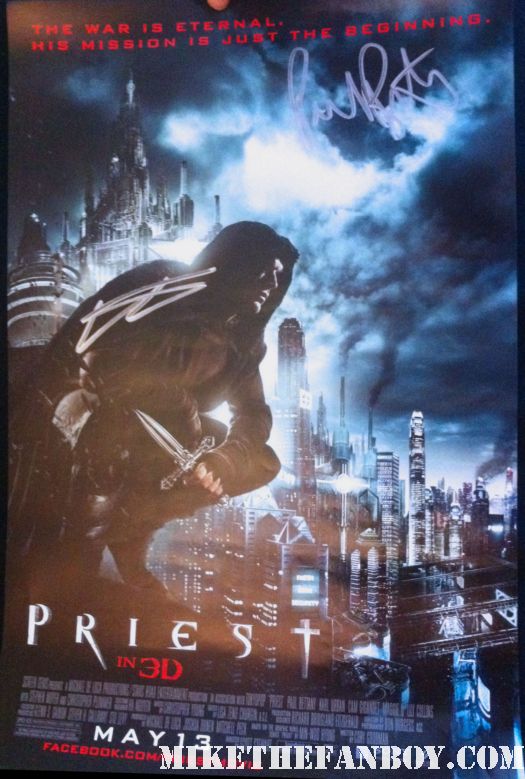