As most of you guys know, I love Weeds, I mean like… Crazy love Weeds, and my undying crush on none other than Ms. Mary Louise Parker… It just needs to be said, she is a goddess… There, now that’s out of the way, who is excited for season 7 of Weeds! Who? ME!

Our friends at Showtime have sent over some great sneak preview videos of the new season to wet your taste buds for Season 7 premiering on Showtime June 27th!

Then a fun interview with my lady love Ms. Mary Louise Parker, who answers some questions about where Ms. Nancy Botwin has been, is going, and what’s cooking!

And finally a behind the scenes clip with Kevin Nealon, Justin Kirk, Hunter Parish, and Alexander Gould about Weeds and where their characters are headed with some new clips from season 7!

Plus, check out the new artwork for Lisa Kudrow’s series Web Therapy. It was an internet show that is now being made into a half hour series staring the friendliest of Friends. 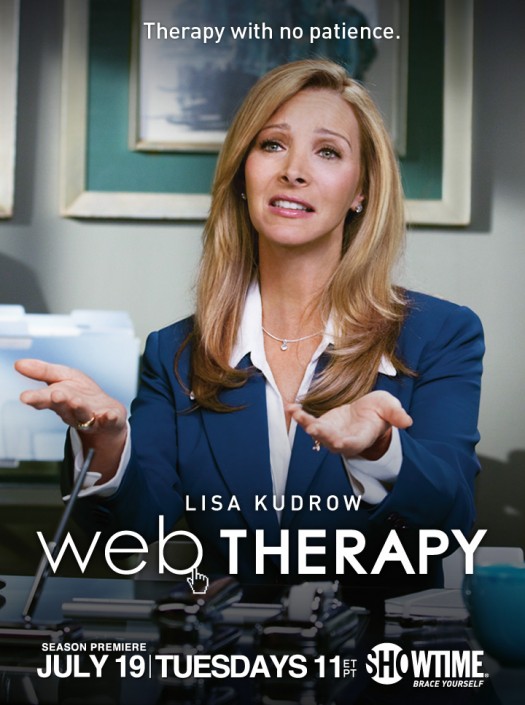