Home / NEWS / New X-Men Spinoff Films! Which Characters Are Getting Their Own Movies?

With X-Men: Days of Future Past about to hit multiplexes there’s already been talk of what’s next. Sure there’s X-Force, X-Men: Apocalypse, etc… but now the studio seems to be looking at the supporting characters to branch out in their own films.

“There was a regime [at the studio] that didn’t see the worth in [spin-offs], and the current people who run Fox understand, embrace it, and we’re going to do right by it,” says producer Lauren Shuler Donner, who’s produced all of the X-Men films. “I’d like to do Gambit. I’d like to do Deadpool. We’ll see. There’s a lot of really great characters.”

With shapeshifter Mystique (Jennifer Lawrence) taking a pivotal role in Past‘s plot, Donner says she’d be interested in taking that character into a solo film. Producer/writer Simon Kinberg (X-Men: First Class) also says he likes the idea of a Gambit spin-off and one for Mystique. Admits Kinberg, “I love what Jen Lawrence has done with her, and I feel like because she is in such a crowded ensemble, there’s so much more opportunity if you were to follow her solo.” 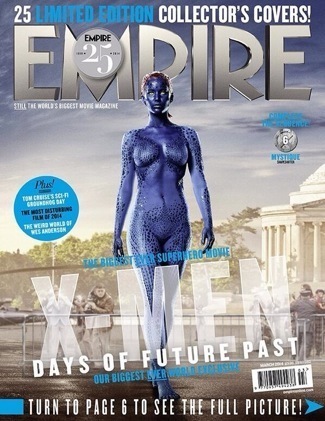