Let’s get cracking! A new autograph policy from the Golden Knights limits autographs to kids only? Cardi B Fans out on Missy Elliott! Check out the rest of the Fanboy News below!

If you’re 15 or older, you’re out of luck if you’re looking to get an autograph from a Vegas Golden Knights player.The NHL’s newest team, who is currently first in the Western Conference standings and second overall, has placed an age restriction on who players can give autographs to outside of the arena.

The Golden Knights will be holding their morning skate at 10:30 this morning at @CityNatlArena. Admission is free and open to the public.

Despite the Golden Knights’ policy on autographs at City National Arena being restrictive to adults, the fans understand why it was implemented.Marc Munoz, a Golden Knights season ticket-holder from Las Vegas, was waiting by the glass Wednesday morning prior to practice to get coach Gerard Gallant’s signature for his grandson. Munoz also hoped a few players would sign his season ticket gift box, something many subscribers have tried to do.

CARDI B FANS OUT WHILE MEETING MISSY ELLIOTT

Since she’s reached superstar status, Cardi B has caught the attention of many major celebrities, but now she has finally come face-to-face with a female rap icon she respects.While attending Warner Music Group’s pre-Grammy party Thursday night (Jan. 25), the Bronx native got to meet Missy Elliott, who has previously expressed her support of Cardi over the success of “Bodak Yellow.”

O.J. Simpson’s lawyer Malcolm LaVergne claims that an October 2017 “secret” autograph signing was done by Simpson to pay off debts and legal fees, not to keep for himself.

A declaration filed in Superior Court of California states that Simpson held a private autograph signing in a Las Vegas hotel just a few days after his release from serving a nine year prison sentence. According to LaVergne, the signing was done to pay “a very small portion of the outstanding legal fees” to Ronald P. Slates, PC, a California law firm specializing in commercial debt collection. 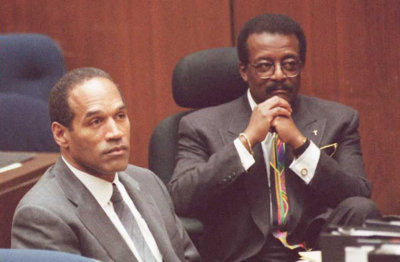 Autographs and fruit threats as Trump strides into Davos

DAVOS: A fawning female admirer grabbed Donald Trump’s autograph while others longed to pelt him with fruit as the US president on Thursday (Jan 25) strode enthusiastically into the Davos economic forum.

Trump smiled and waved as hundreds of onlookers at the elite gathering lined the lobby and a high staircase of the conference venue in the Swiss resort to get a glimpse of him.

To finding trading cards of a nominated film, you need to look to the technical categories where Star Wars: The Last Jedi finds itself in a few places.

The live-action Beauty and the Beast is up for a pair of design awards. It has a subset in Topps UK’s 2017 Disney Princess collection but not a full-blown card set of its own. 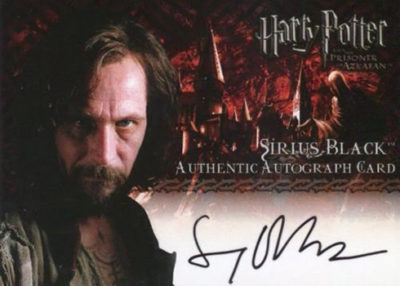 Buckeye Nation showed up in big numbers for Barrett and Co. People were reportedly waiting in line for hours to get the former star quarterback’s signature.

Barrett, who’s currently preparing for a hopeful career in the NFL, signed hundreds of jerseys, helmets and more. One autograph stood out, though.

There are J.T. Barrett autographs.

And then there are next level J.T. Barrett autographs. pic.twitter.com/BUdCzfessW

Lamar Jackson’s autograph signing events around the Louisville area this month have now generated a total of $29,000 worth of charitable donations, according to a Planet Fitness release Monday.

Over the past two weekends, Jackson has signed autographs at five Planet Fitness clubs in Louisville, Elizabethtown and New Albany. Visitors — totaling more than 3,000 over five events, according to Planet Fitness — could obtain an autograph with a gym membership or a $25 donation to charity.

In Kyle Emkes’ large Savoy basement sits a weathered wooden locker room door from Childersburg High School in Alabama, chipped and scratched from years of use, inscribed in black marker with graffiti reading “Margee and Chris 91-92.”