I have to tell you, Parks and Rec has slowly become one of my favorite shows. It’s so freakin’ good! Seriously, one of the best casts on TV right now.

Check out Billy’s recap about meeting Mr. Nick Offerman below!

Welcome back to Billy Beer’s Bar Stool.  Today we are off to visit Mr. Ron Swanson himself, Nick Offerman.  I am a huge Parks and Recs fan, and have been watching from day one.  I believe I was telling Mike to watch it a LONG time ago!  Anyway, speaking of Mike, I had to stop by his birthday party before I could head out for Nick. 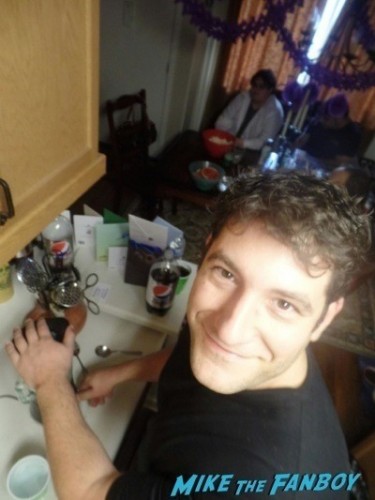 Now there were many Fanboy Family members there (we had to show up cause Mike doesn’t have many friends, and he threatened us)  And like most cults, we were forced to drink a blue/green Kool-Aid drink with we’ll say ENOUGH booze in it. 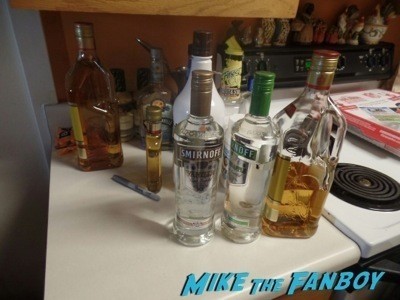 Oh but there was fruit in it, so I guess it was good for you?  I think I still have heart burn. 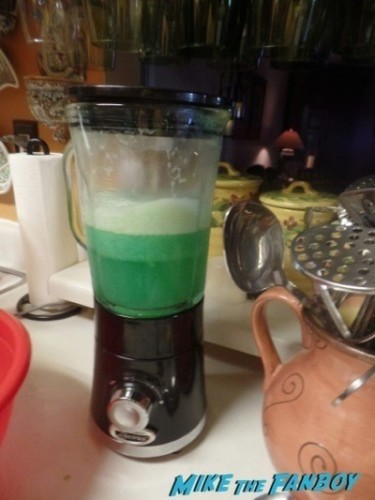 I guess the drink was supposed to make watching the first episode of Weeds and the musical episode of Buffy enjoyable.

(Editor’s Note: Wow Billy… Dissing on Buffy and Weeds. There might be a new opening in the Fanboy Family! Harrumph! M-) 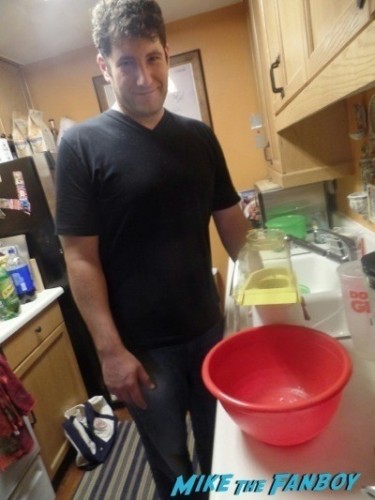 Alas, it is finally time to leave!!

Nick was doing a comedy show promoting his book and Swanson way of life.  When I get there, I think it’s about half over.  I wait outside for it to finish and exits.  When it’s over, I check the front, and there’s a long line.  I guess he gave a copy of his book to everyone and was signing it afterwards.  GREAT!  That another hour of time to wait.  I go back to where I thought he was going to exit, and there he was!!!  But he was on the phone.  Next thing I know, he’s walking back in….DOH!  I wait for at lest another hour till finally all the people are gone.  Still no Nick.

Finally when there are only 2 cars left, two guys come out.  I ask them if Mr. Offerman was still in there.  They tried to play dumb, but gave it away when the first thing they said was “yeah…he agh….”  I didn’t need to hear any more, I knew he was still there.  I tell them I was just hoping for an autograph on my poster and yes, a 5×7 of me and him.  They went back inside, but left the door a little open leaving me to believe this the where they were going to be exiting.

Finally 15 minutes later the door opens and Nick makes his way out.  I’m sure he knew I was there, cause he made his way right over to me.  I ask him if he would mind signing for me, and he gladly does.  We talk a little bit out the show, and I tell him what a big fan I’ve been, and can’t wait for the last season.  He also told me he like my beard!!!  Then what I loved was he asked me my name, (which usually people do so they can personalize your photos so they hope you don’t sell it). but instead, he shook my hand and told me it was very nice to meet me.  I give him a “Go Cubs!” and he responded “That’s right!  Next year!”. 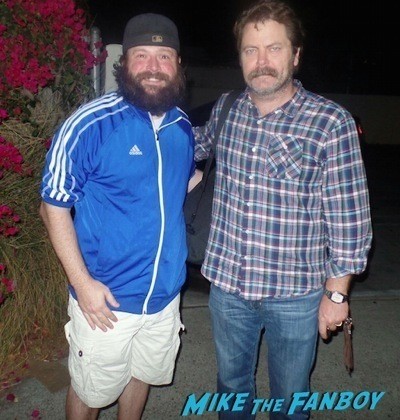 At that moment, I didn’t mind I had waited the extra time.  I got some personal one on one time with one of my favorite actors that I will never forget.

Now for a piece of Swanson Pyramid of Greatness:
Facial Hair- Full, thick and square.  Nothing sculpted.  If you have to sculpt it, that probably means you can’t grow it. 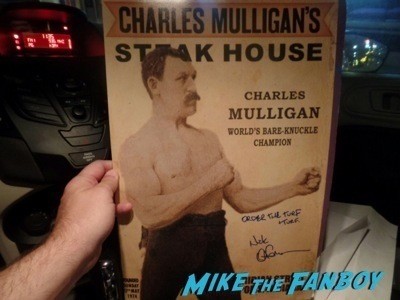