Home / Fanboying! • Q and A • Stars of the 1980's and 1990's / Nicolas Cage Craziness! Meeting The Leaving Las Vegas Star In The Midst Of Madness! Autographs! And More!

So… There are days, when you go to something expecting nothing and wind up with a decent experience.

On Friday, I headed out for a q and a with Nicolas Cage, I’m sure you saw DVD Dave’s recap. Well, mine experience wasn’t so pleasant. I got the shaft! At the end of the show, there were 60 people and everyone surged and it was nuts.

So, after talking to Ace and a few people, I decided to head out on Sunday for the final q and a Nicolas Cage was doing. I missed him on the way in, where apparently he signed up a storm.

I went at the end. I found parking and headed over. I expected nothing. NOTHING.

I saw MTF Reader Steve and Ron and stood behind them. There were about 25 people, which will turn into madness later.

Shockingly, someone came out and put up a small barricade, yes it was only a rope, but shockingly that’s all it takes to reel people in usually.

Steve and Ron didn’t have anything to sign, so they let me put my poster in between them, which I appreciated.

Suddenly, there was clapping. Oh dear… I kept hearing about how nice Nicolas Cage was, but…

Then, Nicolas emerged and Steve asked if he could get a photo. Steve got his photo and Nicholas Cage started signing. He signed my Leaving Las Vegas mini poster and then Steve took my Raising Arizona original mobile and Nicolas Cage signed that as well. 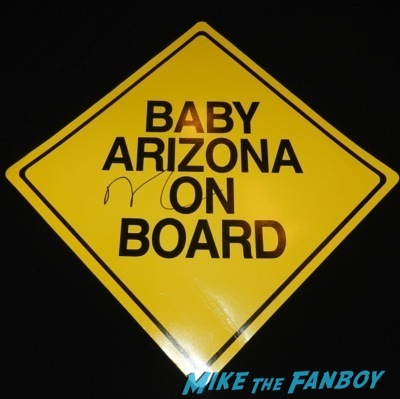 Then I held out my Moonstruck poster. Nicolas had moved away from us at this point, but looked over and I heard him say, “I don’t want to sign that” to someone. He looked over, saw Moonstruck and said, “But I like this!” and signed my mini poster. Nice! 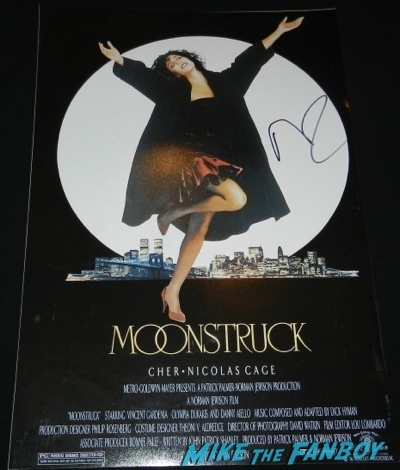 Then he popped in the car and still signed more! 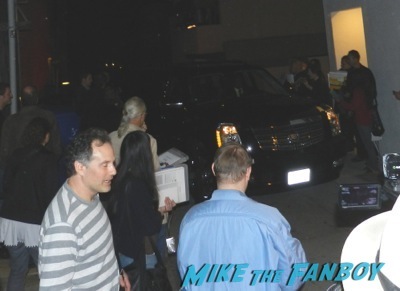 I wish the signatures were better, but I have to tell you, he was really nice. I was shocked!

Thanks again to Steve and Ron, and for an event I put 45 minutes into, I can’t complain! 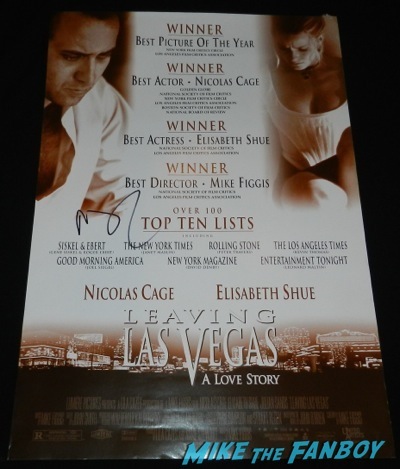