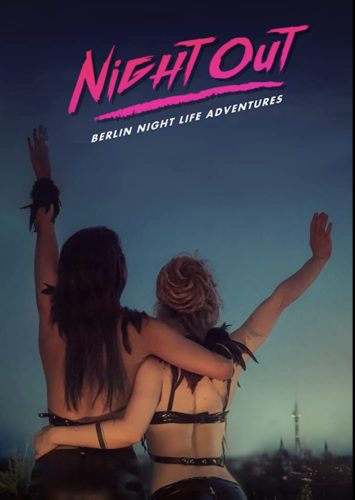 “Night Out” is a mish-mash of Gregg Araki meets rave culture with an interesting interpretation of Berlin nightlife. “Night Out” captures your attention from the get go and takes you on a ride.

There’s nothing like a wild weekend in Berlin. After all, the city comes to life on Saturdays and you never know who you might cross paths with while trying to party. “Night Out” blends together a group of couples, heterosexual and gay singles, polyamorous and the sexually ambiguous for an evening of fun. Art gallery owner Felix (Thomas Kellner) decides to show his highly touted superstar artist Michael (Martin Moeller) and his wife Sarah (Alexandra Zoe) the hottest spots and clubs while seemingly unrelated couple Lena (Sulaika Lindemann) and her lover Ingrid are exploring eroticism. Shy Syrian Amir (Spyros Markopoulos) keeps wandering around looking for a good time, potential business owners Martha (Mara Scherzinger) & Sebastian (Jenz Weber) want an investor for their club and pregnant Layla (Katerina Clark) keeps scouring the clubs for the father of her unborn child before they all eventually wind up at the infamous KitKat Club for one wild, whacky evening. 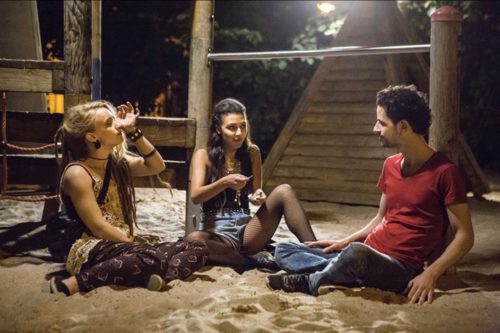 Writer/Director Stratos Tzitzis highlights Berlin’s trademarks and illustrates the city’s lustful appetite for debauchery with this English/German cult comedy. The colorful cast of characters and intertwining interesting backdrops from house parties to festivals/parades to sex shops to underground scenes and even ending up at the infamously iconic KitKat Club captures the chaotic nightlife perfectly. Imagine a classic Gregg Araki movie (a la “Doom Generation” and “Nowhere”) mixed together with a hint of “Crash” meets “Go.” The candy color palette pops off screen with its vibrant colors and delightfully demonstrates decadence in the Berlin nightlife. It’s your stereotypical cult and LGBTQ comedy.

“Night Out” captures the decadence and debauchery of the Weimar culture with its legendary liberated sexual reforms in a modern setting. For those who appreciate John Cameron Mitchell and Rainer Werner Fassbinder (besides Gregg Araki), “Night Out” will be perfect for your wheelhouse. Despite diversity and capturing multiple gender/sexual orientations, much like an evening out, it does grow tiresome and tedious. Sadly, you never feel connected to the characters and learn enough of their background to fully satisfy your interests with wanting to see “their story through.” Unlike like surrealist Luis Bunuel or Richard Linklater’s “Slacker,” “Night Out” doesn’t switch scenes from characters and spin off when they interact with a new group. It’s cobbled together like a multi-layered cast like “Short Cuts” and “Crash,” but doesn’t pack the same emotional or entertainment punch. In a sense, it’s a run of the mill late 90s and early 2000s ensemble film like “24 Hour Party People,” “Go,” and “200 Cigarettes.” Still for those wanting something salacious and seeing individuals push their limits, “Night Out” might be the evening experience you’re looking to watch.

Currently available on DVD and Video on Demand through Film Movement.