Suddenly Susan was out and about, and… What happened? Oh, she just meets Nikolaj Coster-Waldau!

How can you not love Jaime Lannister?

I had the pleasure of meeting NCW for the second time a few weeks ago when he was at a talk show taping.

I arrived too late to see him go inside, but once taping was completed he came right on over without even being asked. I love this guy. He’s cool, sweet and talented!

My last photo op with him was no bueno and this time was even worse. I had someone in line nice enough to take it for me, but my stupid camera’s flash failed to go off. They even took a second pic for me. It’s much better than the first, but won’t be winning any awards soon. 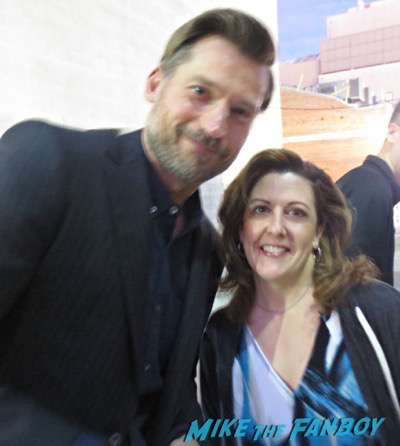 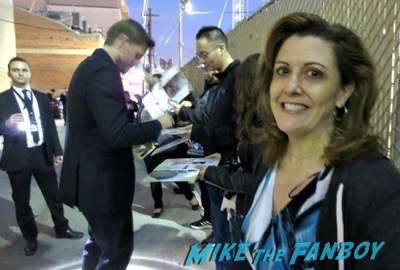 I asked Nikolaj to sign this killer Jaime Lannister poster and personalize it, which he happily did and I even got a second signature on this awesome O for Men Magazine. The gold pen looks amazing!! 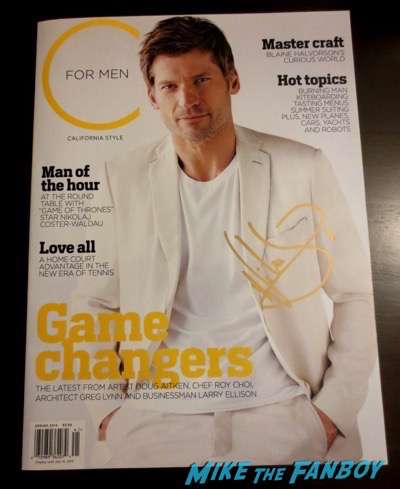 NCW covered the entire line and made sure everyone got what they wanted. Security tried to shuffle him off, but he wasn’t having it. You don’t mess with a Lannister! 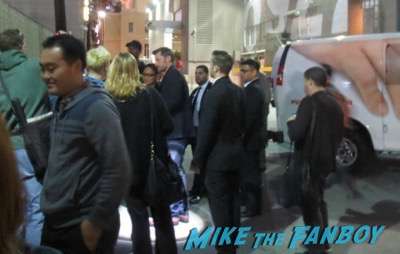 A few people even got photo re-dos as he left, but I did not want to impose. 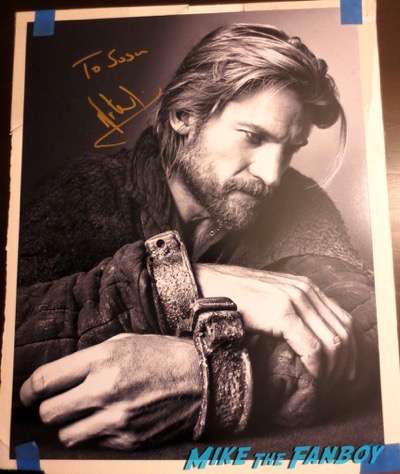