Since the late ‘60s, my father’s best friend was an actor named Noah Keen. As a kid, it was always a big kick for me to see Noah in shows that turned up in prime like “The Waltons” and “The Partridge Family”. He was on “Charlie’s Angels three different times, and had a commercial for Product 19 Cereal that ran repeatedly for most of the ‘70s and ‘80s. Even cooler, were the two times he was on “The Twilight Zone” or his part in “Battle for the Planet Of the Apes” but the best may have been hearing him talk about “Johnny Cakes” on “The Sopranos.”

Noah passed away at age 98 a couple of weeks ago (on March 24th), but it was a good long life. The last time I saw him was at Thanksgiving dinner a few years ago at my father’s house, after which I asked him to sign an 8×10 for me. It is one of few signed photos I keep framed and hanging on the wall.

I’ll always remember him as a guy with a big personality, and a bigger sense of humor, reflected in this old story I remember from the mid ‘70s: Noah was walking in Beverly Hills one day when he saw an elderly Groucho Marx approaching. “Excuse me,” Groucho said, “can you direct me to a stationery store?” To which Noah replied “Mr. Marx, all stores are stationary.” He turned and ran without waiting for a reaction.

For that story alone, I forever remain a fan girl for Noah Keen. 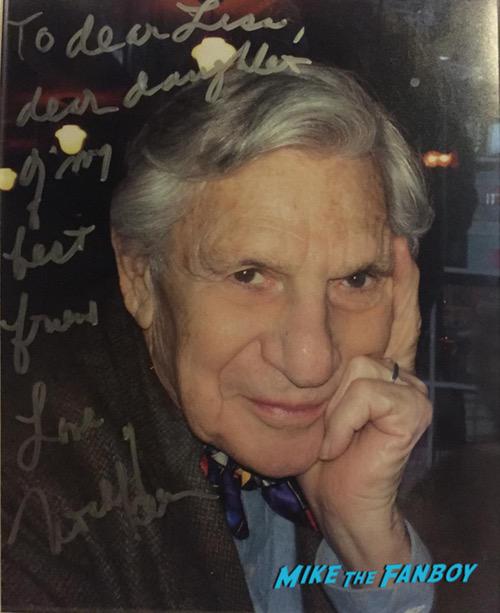