MTF Reader Dan just sent in some photos and a brief recap from the London premiere of Noah. All the stars were out and of course it was packed. I still say that UK premiere’s are way more calm that the ones here in the states. But that’s just me.

Emma Watson, Russell Crowe, Logan Lerman, Jennifer Connelly, and Douglas Booth were all on the carpet signing autographs and taking photos with fans.

Check out Dan’s full recap below!

Greetings from the UK!

I went to the Noah premiere here and it was a little maddening but when I saw it was coming I had to go. Russell Crowe is one of my favorites and how often do you get the chance to see Gladiator in person, right in front of you?

The Harry Potter people were out in swarms, but I still got a decent spot even though I traveled a bit.

When I saw Russell Crowe, I said, “Gladiator, it’s my favorite film!” and he said, “Cheers mate!” I’m sure to him it sounded like gibberish, but it was a big deal for me. 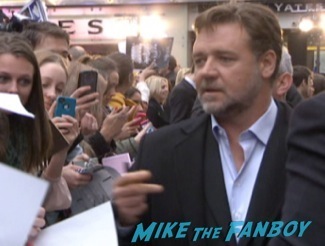 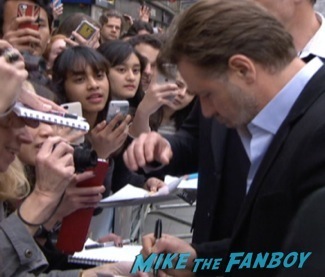 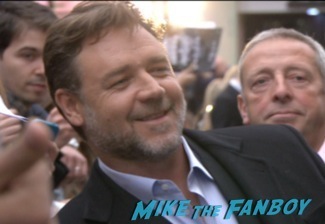 Emma Watson looked fit and I feel like an old man saying it but quite beautiful. 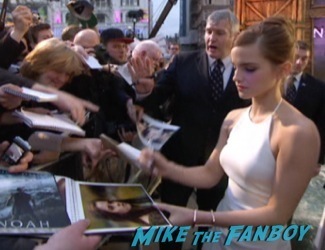 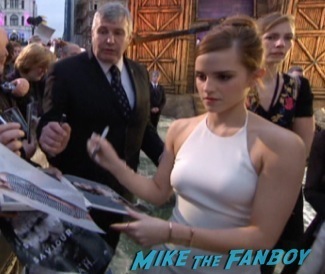 Logan Lerman was silly and fun and Douglas Booth was very nice to the girls especially. 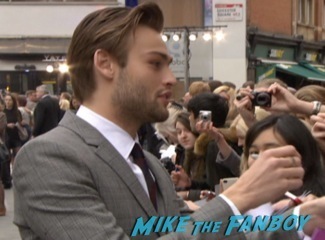 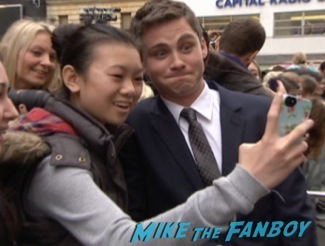 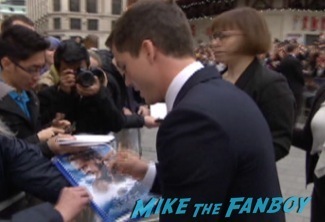 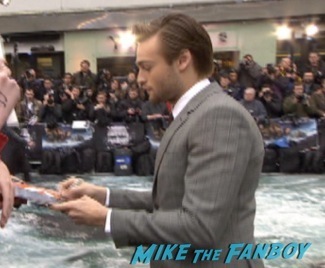 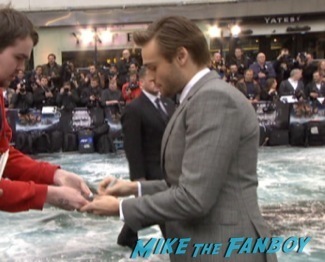 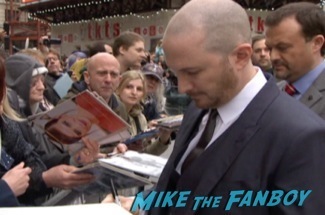 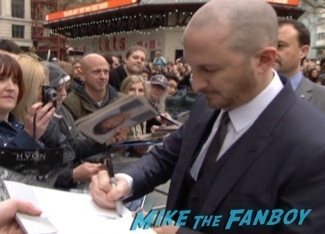 A very nice day and I got to say a couple words to an idol. Nothing better! Sorry, this isn’t a recap like James does. I hope you like the photos I grabbed. 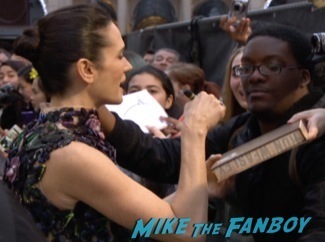 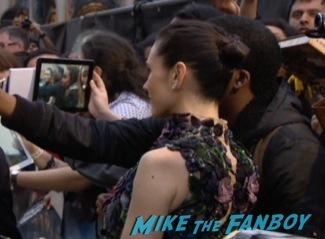