Who wants to attend the New York premiere for the new season of The Walking Dead? There are THOUSANDS of tickets being given away FREE!! Seriously!

New York Comic Con (NYCC) expanded a bit last year since a weekend just wasn’t long enough for all the fun. Known as New York Super Week, there are tons of fun events around the city. This year, New York Super Week will hold a premiere for season 6 of The Walking Dead at Madison Square Garden!

Attendees will get to preview the premiere episode and also get treated to a Q and A with 18 (!) cast members! 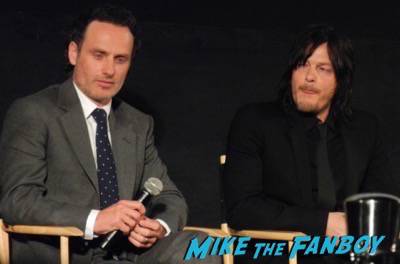 If you don’t have a badge for NYCC, you can still participate in New York Super Week events like this one. Also, there is one last chance to buy NYCC badges at the in-person sale at Midtown Comics. No detail on this one yet. 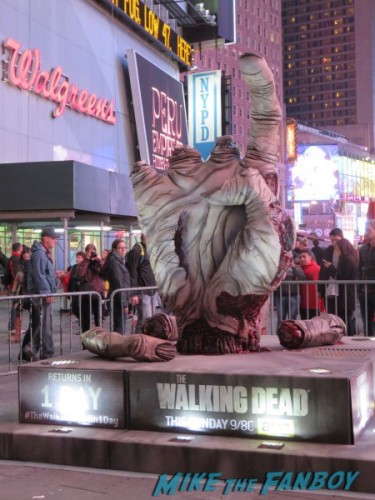 Tickets for The Walking Dead fan premiere will be given out in a variety of ways. Here’s the official press release with the details and a couple of locations where you can start to score tickets:

“An evening that is typically reserved for cast, crew and industry will now include the fans,” said Charlie Collier, president of AMC and SundanceTV. “Loyal, passionate fans are responsible for making ‘The Walking Dead’ the #1 show on television and this is an exciting opportunity for us to thank them in person. For AMC, the executive producers and actors to be able to share this moment with them at Madison Square Garden – it’s truly special.”

Fans can enter “The Walking Dead” Fan Premiere Sweepstakes now until Wednesday, September 16 at 3:00 a.m. ET by visiting: www.amc.com/FanPremiereSweepstakes. Each day, AMC will select 10 lucky winners who will each receive two complimentary tickets to the premiere.*

In addition, AMC is partnering with New York Super Week – a week-long pop culture festival brought to you by the creators of New York Comic Con – to give away tickets from August 17 through September 21. For more information on ticket giveaways, please visit www.NewYorkSuperWeek.com on August 17.

The first eight episodes of “The Walking Dead” season six kick off on Sunday, October 11 at 9:00 p.m. ET/PT followed by the season premiere of AMC’s “Talking Dead,” hosted by Chris Hardwick (Nerdist), at 10:30 p.m. ET/PT.

Based on the comic book series written by Robert Kirkman and published by Image Comics, “The Walking Dead” reigns as television’s most watched drama for adults 18-49. “The Walking Dead” tells the story of the months and years that follow after a zombie apocalypse, and follows a group of survivors, led by police officer Rick Grimes, who travel in search of a safe and secure home. The series, which has been heralded by critics as “an honest-to-God phenomenon” (Variety), “relentless and provocative” (Orlando Sentinel) and “brilliantly engaging” (TheHollywoodNews.com), stars Andrew Lincoln as Rick Grimes; Steven Yeun as Glenn; Norman Reedus as Daryl Dixon; Chandler Riggs as Carl; Lauren Cohan as Maggie; Danai Gurira as Michonne; Melissa McBride as Carol; Sonequa-Martin Green as Sasha; and Michael Cudlitz as Abraham. The series is executive produced by Scott M. Gimple, Kirkman, Gale Anne Hurd, David Alpert, Greg Nicotero and Tom Luse.

*Cell phones, tablets, tape recorders and other electronic recording devices will NOT be permitted in Madison Square Garden. Audiovisual capture by a device of any kind is strictly prohibited. Tickets do not include transportation or accommodations to New York City for the event and are for admission only.