It always feels like there’s a million things happening at New York Comic Con! Here’s a breakdown of all the fun stuff happening at booths and offsite locations!

I’ll be also regularly updating autograph information here, but remember to check out my updates on how to NYCC, panel highlights, autographs, and exclusives!

[UPDATE] DC (located at the southern end of the concourse) is calling all DC Lego Supervillian cosplayers to assemble for an epic photo on Saturday at noon. Their schedule includes quite a few signings (Titans, Gotham, Reign of the Superman, Batman: The Animated Series), but the majority are ticketed through the pre-show lottery that’s now closed. If you didn’t win anything, they will still have costumes from the upcoming Aquaman movie and game demos.

Disney Publishing #2329 will be hosting quite a few signings so check out my NYCC autograph post for more info.

Epic Reads (aka HarperCollins) #2119 has their schedule which includes book drops each day at 11 AM.

[UPDATE] FANDOM #462 is bringing back their fun Fantasy Food Truck with free food bites inspired by Venom, Voltron, She-Ra and Doctor Who. (Delicious and hilarious.) Additionally, there will be live trivia for prizes and bragging rights. Check their schedule to see when they will be doing food drops and when your favorite fandom is featured for the trivia.

[UPDATE] Five Points Festival is holding a pop-up on Friday and Saturday at 815 Broadway from 1 -11 PM. Kidrobot, Clutter,POPaganda, Martian Toys, Mutant Vinyl Hardcore, Lagunitas are sponsoring the fun with art and appearances by Ron English, Jason Freeny, Tara McPherson, Czee13, Kikkake Toys, American Gross, The Bots, The Outer Space Men, Nugglife and other surprises. There will be signings, live painting, giveaways and exclusives. They’ll have more announcements on IG.

Amazon Prime Video is going big for Good Omens. Here’s the official description: “On the convention floor, a peculiar elevator will carry guests to an undisclosed location, detailing their fate in the great cosmic chess game between good and evil. Doors will open to reveal guests’ ill-fated luck, or alternately their blessed end, as they step inside either Heaven or Hell. ‘Heaven’ will welcome guests to fussy angel Aziraphale’s bookshop, where they can explore the antiquities within and even try their hand at speaking to God. Guests destined for ‘Hell,’ will be welcomed to hop inside loose-living demon Crowley’s 1926 Bentley for a devilish photo moment.”

Funko is temporarily taking over the HBO store (NE corner of 42nd and 6th Ave) during NYCC. They’ll have all sorts of HBO-related Funkos including Game of Thrones, Westworld, Silicon Valley, Veep and Last Week Tonight with John Oliver. They will care a few of the metallic Children of the Forest Pop! figure that’s otherwise an exclusive to NYCC.

[UPDATE] Insight Editions #1946 will be giving away limited edition Star Wars and Power Rangers posters and raffling off a Sideshow Collectibles figure bundle including Jan Solo in Carbonite and Boba Fett (Deluxe Version) Sixth Scale Figures. They will have a life-size version of their multi-layer pop-up Harry Potter diorama and a bunch of signings. Check their booth out for the latest schedule.

Marvel #1354 promises a full schedule at the booth with signings, costume contests, giveaways and exclusive merchandise. (ie..the usual). The schedule is now posted with a slight change from the norm — the costume contest is mid-day on Saturday. Similar to how the booth ran at San Diego Comic Con, there’s almost a constant stream of programming with tons of the Marvel Live! crew recording broadcasts throughout the day.

Nickelodeon will focus on Rise of the Teenage Mutant Ninja Turtles with a gif in the Turtle’s secret underground lair, a photo op with the Loud House, costume-character appearances and the chance to win special prizes. Look for them in the Crystal Palace area.

She-Ra and the Princesses of Power #502 – Interactive photo opportunities in Etheria, the Whispering Woods and Hordak’s Lair. Reservations are required so watch social media for more details

Starz will be promoting American Gods and Outlander with their usual mix of set re-creations and swag! You can find both these shows on outside on the inner roadway (just pass the badge check from the 37th street entrance). 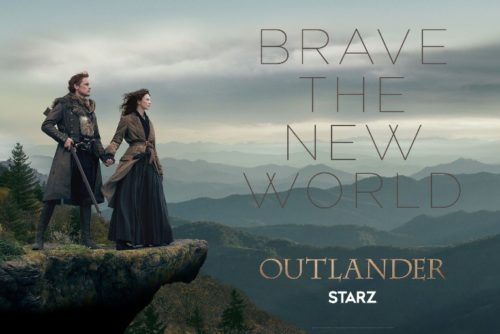 Don’t forget there’s tons of other stuff going on so bookmark this post and check out my other updates on how to NYCC, panel highlights, autographs, and exclusives!