Want a limited something something from New York Comic Con? Here’s my list of show exclusives so you can start budgeting and formulating your plan of attack!

Of the heavy hitters in exclusives, only Funko has posted their gigantic list of exclusives and they don’t seem to be done yet! Enamel pins continue to be some of the most popular collectible and there’s plenty to be had this year at nearly every booth. Elsewhere, there’s a lot of really cute and cool to keep everyone running around!

Check back on this post for more updates and check out more news on how to NYCC, panels, autographs and booth/offsite activities!

Tamashii Nations Gundam, Star Wars, Marvel and other exclusives will be sold here.

The publisher will have a range of variants for Buffy the Vampire Slayer, Might Morphin Power Rangers, Saban’s Power Rangers, Once & Future and WWE which you can view here.

Cryptozoic is putting up several of their vinyl figures up for pre-sale and pick up at NYCC. Click on the links below on 9/19 to get your order in.

Not only will they have signings, but there are sketches and new pins, including an exclusive NYCC pin.

22 exclusives!  The easiest way to preview them is to head to their Instagram account to gaze at their stuff.

Head to the booth in the morning to get a ticket with a return time to purchase any of the booth’s exclusives.

Entertainment Earth has a bunch of stuff that will also be available at Target if you missed them at NYCC. Click here to see their line up of Pin Mates, Tiki glasses, figures and more!

This year, Entertainment Earth is itemizing its exclusives in the big lottery.

Love enamel pins? Then don’t miss FiGPiN! They are slowly announcing some of their exclusives for NYCC.

To make a purchase, enter the lottery. I would also suggest buzzing by the booth and asking if they have a procedure for selling any remaining pins.

Access to the booth is granted in the lottery so make sure you enter! Winners will be assigned a specific time slot. The earlier you go through the line, the better your odds of purchasing the Funko you want since some items will sell out quickly during each session. There’s a limit of 1 of each.

If you don’t win the lottery, all of these (except the Pink Chrome Batman) will also be available elsewhere so you have another chance to purchase them without the NYCC exclusive sticker.

Some Funko fans are decoding clues to find out where some of the shared exclusives can be purchased so here is an idea of where your favorite may also pop up.

Funko will announce where and which exclusives will be available for purchase elsewhere. They also posted more information on the NYCC purchase procedure. Remember that if you win a visit to the Funko booth, you can purchase any (and all) of the Funkos listed below. The Funkos individually listed in the lottery will be purchased elsewhere (see Entertainment Earth above).

Also, the Toy Tokyo booth #588/688 will be selling Funkos (including a NYCC only exclusive) so see below for more info on what they have.

Are you ready? Here’s this year’s crazy list of exclusives:

[UPDATE] Want some free Funko stuff? Keep an eye out for Funko buttons that will be distributed all around the con!

Hallmark has a bunch of exclusives that were previously seen at SDCC. This will be the last con where you can purchase these items. If there’s anything left after NYCC, they will be available for sale online.

You can pre-order some patches, pins and pendents until 9/29! Take a look at all the Voltron, Masters of the Universe, Dungeons and Dragons and Universal Monsters fun!

They teased they will have exclusives and one of them has something to do with the Winter Soldier.

[UPDATE] They added teases for other items featuring Hawkeye and Loki

IDW has a variety of exclusives that they are hauling to NYCC. Many of the creators will be signing so if you’re interested in any of the comics or books, check out their signing schedule!

Kidrobot had an online sale for some exclusives. Their online allotment sold out, but these fun and shiny pieces will be available at their booth. There will be a small allotment available each day.

The maker of Yu-Gi-Oh! Will be running tournaments and selling exclusive game mats and merchandise.

The booth will feature NYCC exclusive merchandise for Memory: The Origins of Alien, a film about the movie franchise.

They’ve revealed several new backpacks and pin sets for Star Wars, Hello Kitty and more.  Visit their social media to browse through the selection — NYCC exclusives have a special frame around the photo so you know that’s what you need to find this week!

The ever-busy Marvel booth announced their exclusives! In previous years, they gave out timed tickets first thing in the morning so head here first thing if you want to purchase anything.

In addition to charming, limited edition pieces, they will also host a few signings so check out my autographs post.

They held a pre-sale for many figures online so here’s a preview of what you can purchase onsite:

Head to the booth in the morning to get a ticket with a return time to purchase any of the booth’s exclusives. Also they are doing a special Buy One, Get One Half Off on some merchandise.

Check out their line up of exclusives and debuts with some timely Halloween-themed items and more!

See a life-sized Darth Vader in Samurai armor and their collection of Star Wars Meisho Movie Realization figures as well as other collectible. There will be special gifts with purchase.  #Crystal Palace

Yes, tar-JAY is coming to NYCC and they are previewing a bunch of pop culture collectibles (including Funkos).

How adorable is their Martin Hsu Dragon boy set? Not only will Tenacious Toys have this pair for sale, but designer Martin Hsu will be around for a signing on Friday. The two piece set will be available at NYCC and then on their website starting October 5th.

Titan Entertainment is bringing a bunch of Doctor Who exclusives featuring the 13th doctor! Check out the cuteness below!

Special convention edition Funkos are not just available at the Funko booth!  Toy Tokyo has a few of these for sale including one of the NYCC ONLY Funkos.

They’ve announced their full line up with plenty of pins (Star Wars pin collectors may want to check out their four exclusive pins), Tiki glasses, figures and more.

A popular Icelandic brand with cute characters will have a range of figures, plush, lamps, stationary and more.

They’re offering up some new t-shirts as well as enamel pins and collectible cards.

To celebrate the 20th anniversary of NARUTO, there will be a special skate deck and poster.  There’s more to be announced.

For NYCC, they will debut the latest in their series of Marvel icon beads: Hawkeye! They will also be re-stocked on their incredibly popular Goose pendant (from Captain Marvel). 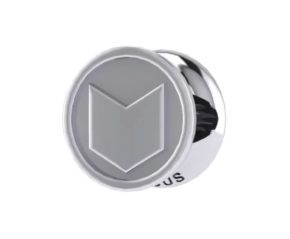 They will have variant covers by Elias Chatzoudis, Paul Green, David Nakayama, Eric “EBAS” Basaldua, Sabine Rich and others. Too bad their press release didn’t actually send visuals or mention, say, the name of the comics.

So what exclusives are at the top of your Most Wanted list?

Ready to NYCC yet? Bookmark this post for more updates and check out more news on how to NYCC, panels, booth/offsite activities and autographs!