It’s not a New York Comic Con if Marvel’s Agents of SHIELD aren’t visiting! This year, the cast kicked off the fun a bit early when they went around Javits Center to interview fans…in full cosplay!
They later headed to the Marvel booth stage where Rocket Racoon, Ghost Rider and Star-Lord took off their masks to reveal Chloe Bennet, Clark Gregg and Gabriel Luna! 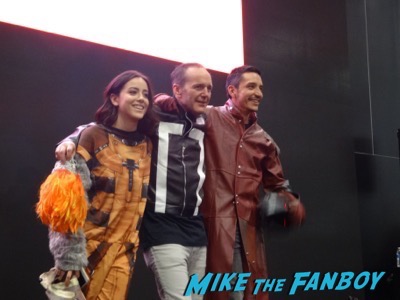 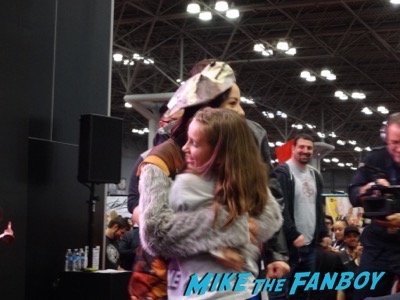 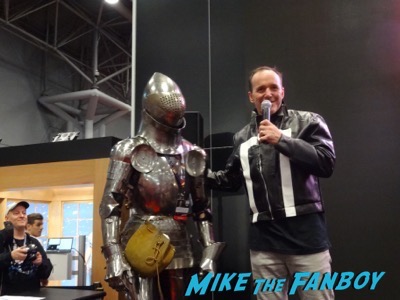 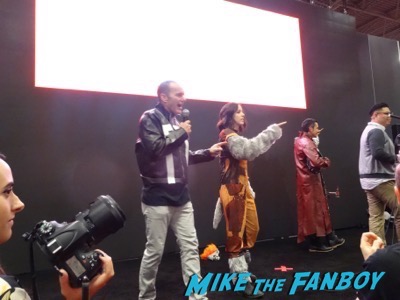 They chatted with the audience and gave a few hugs before heading out for some interviews.
The cast and producer/master of Marvel TV Jeph Loeb returned to the Marvel stage for the Marvel’s Agents of SHIELD signing — very much back as themselves this time! 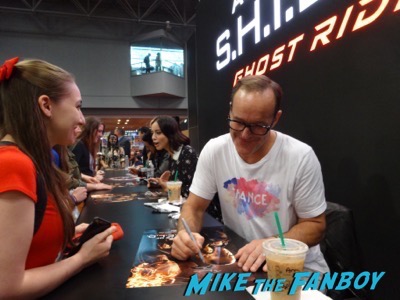 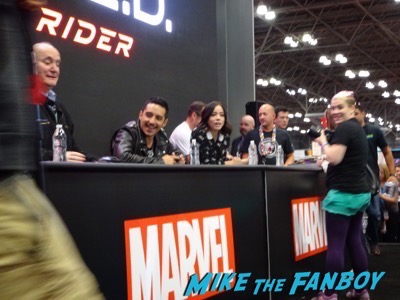 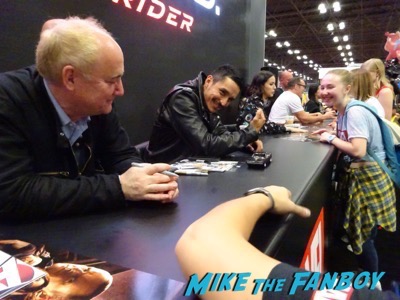 I think we can safely say that Gabriel enjoyed his first comic con since he later returned to the exhibit hall just before the panel to walk around. He even came back the next day to just say hi to the fans. Such a nice guy! 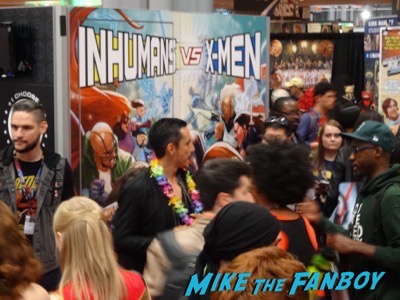 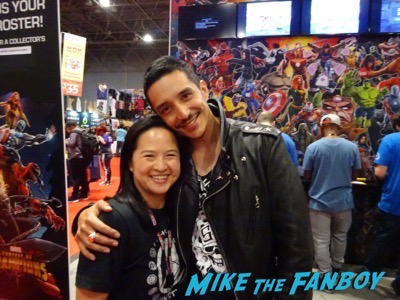