Only a couple more weeks until Ash vs. Evil Dead premiers on Starz! (On Halloween, of course!). Sam Raimi and the cast stopped by New York Comic Con and the fans were ready!

Starz brought out Ash’s trailer which is a detailed recreation of the actual set from the show. If you haven’t been, you need to visit!  (Don’t miss Ash’s bathroom!) 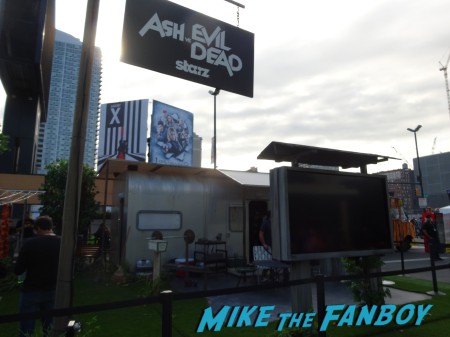 The fans with the winning tickets lined up early on Saturday. 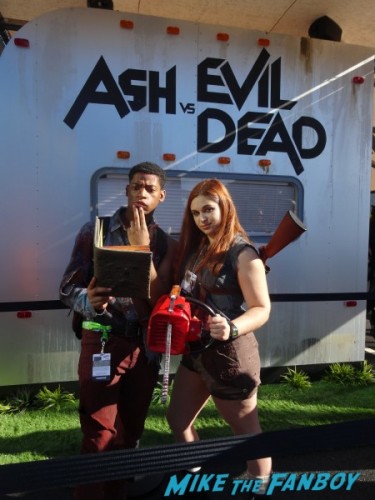 Bruce Campbell, one of the most fan-friendly people on the planet, was the first to arrive in classic-Bruce wardrobe. 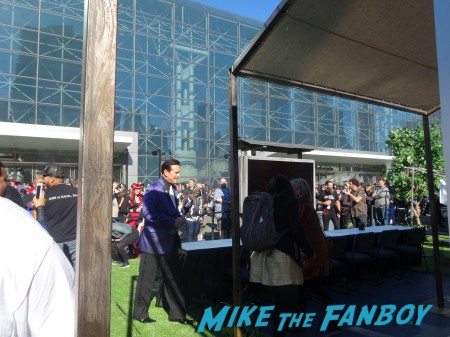 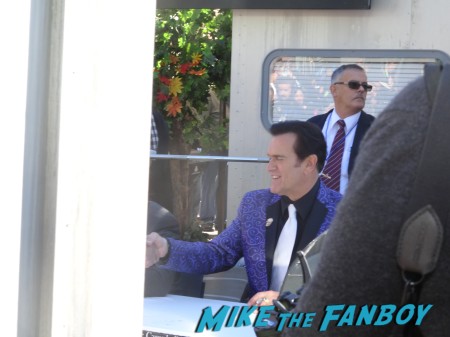 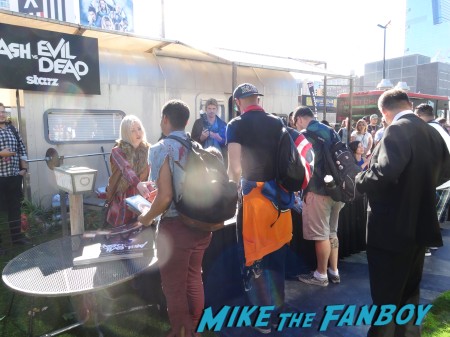 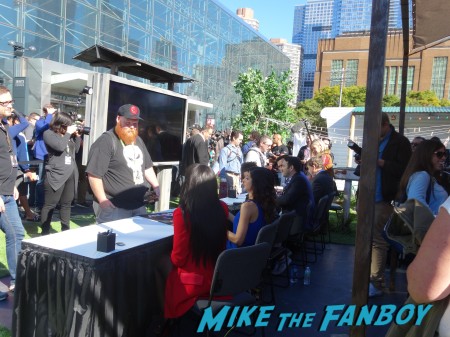 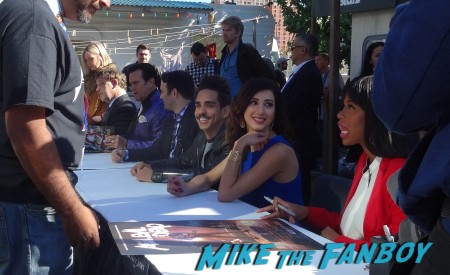 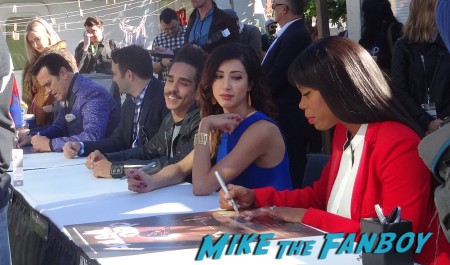 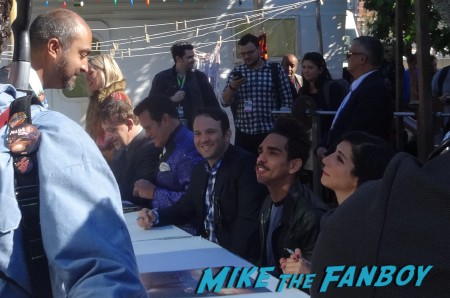 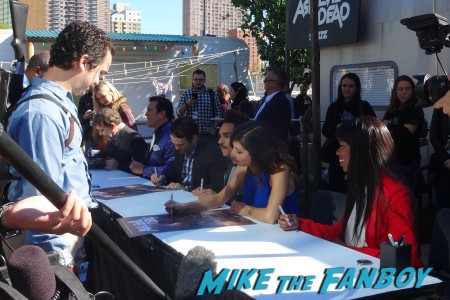 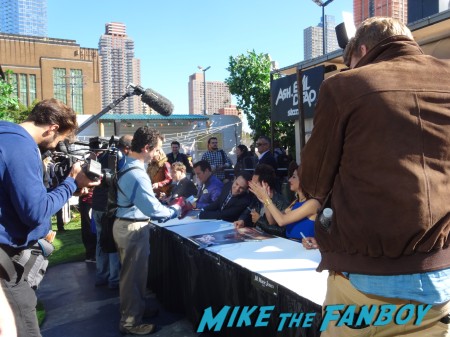 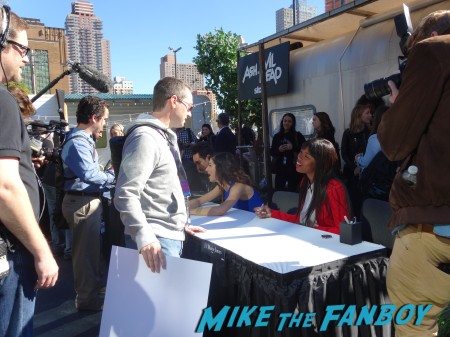 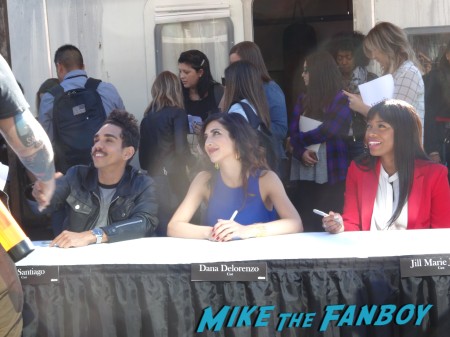 One fan asked Bruce to sign his arm so he could get it permanently inked later. That’s dedication…. 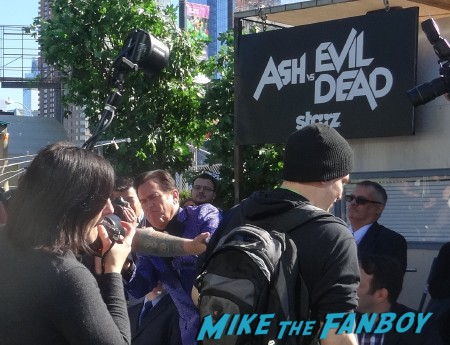 Oh, by the way, the Ash vs. Evil Dead poster they signed glows in the dark! (The headlights on the car glow…) 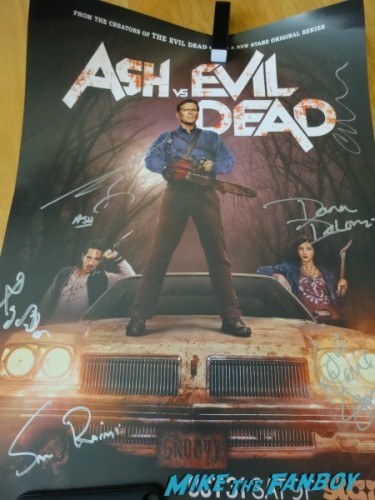 After that, the cast and creatives were joined by Lucy Lawless as they headed off to the panel.  They surprised the full-capacity crowd by starting early (the lines were already capped anyway) and debuting the first episode!!!! Check out the panel for yourself before the deadites come back on October 31st on Starz!