The highlight of the last couple of New York Comic Cons has been the debut of the latest Marvel/Netflix show and this year was no exception! The lines were crazy for the panel and signing for Iron Fist!
Iron Fist will be the fourth Marvel series on Netflix and features Danny Rand’s story as he becomes and deals with the power of the Iron Fist. He’s also the last member of the upcoming Marvel/Netflix miniseries The Defenders which is a crossover between all four shows: Daredevil, Jessica Jones, Luke Cage and Iron Fist.
On the way to my hotel, just after I landed in NYC, I passed by a TV show filming on location and it was Iron Fist! Yes, I took it as a sign that it would be a good Iron Fist weekend! 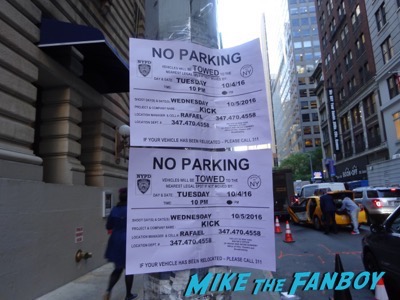 At the Marvel booth, Netflix set up an Iron Fist photo studio with the full Matrix bullet-time experience! 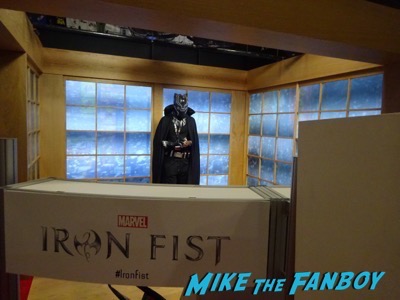 Who better to demo the booth than Finn Jones aka Danny Rand/Iron Fist) himself! He took his photo right before the signing. It was fun to watch him leap high without hitting his head on the ceiling!

His body is a living weapon. @FinnJones is the Immortal #IronFist#MarvelNYCCpic.twitter.com/Ngph5j1KKD

Yes, the Iron Fist cast was in the house! Actually, the cast had been at NYCC for a while since they started doing interviews at 10 AM….after wrapping the series at 9 AM that morning!
The lack of sleep may have slowed other people down, but the Iron Fist cast and creatives were excited to meet fans! The signing included executive producer/Marvel TV godfather Jeph Loeb, showrunner Scott Buck, Jessica Stroup, Lewis Tan, David Wenham, Colleen Wing, Finn Jones (Ser Lorras from Game of Thrones). 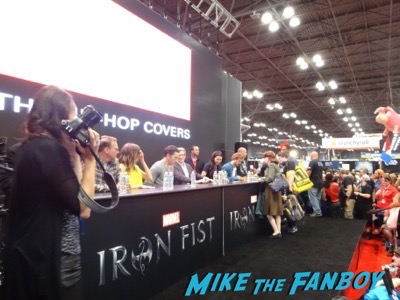 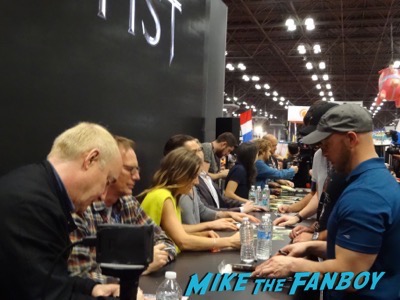 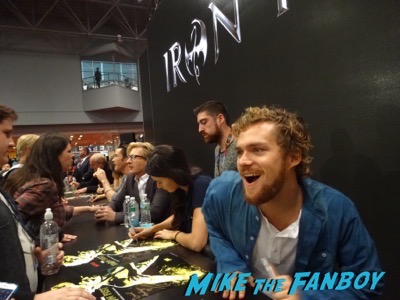 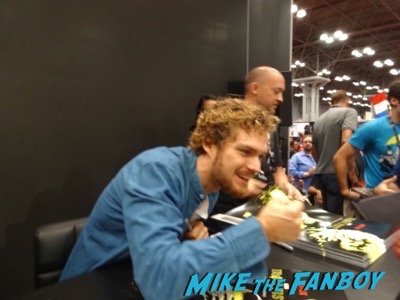 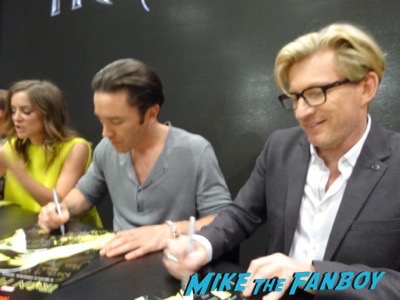 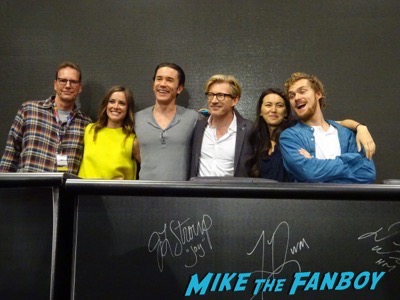 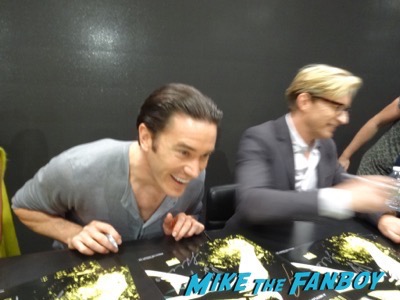 Members of the Iron Fist crew roamed the exhibit hall and joined the line to attend signing. I was so tempted to tackle one of them to grab their crew jacket, but then I realized mugging a stunt guy a foot taller than me is probably not a good idea. Sigh! 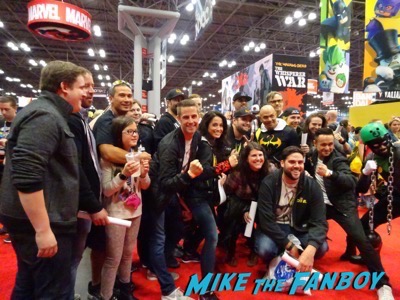 After the cast finished signing the NYCC exclusive Joe Quesada posters, they signed the logo on the table which was given away to a very lucky fan the next day! 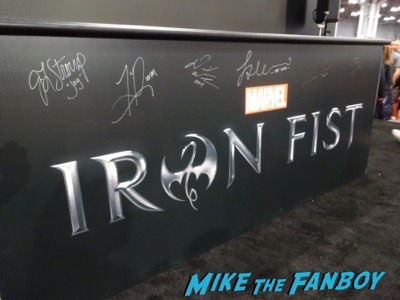 Here’s the new trailer they debuted later that day:
Iron Fist debuts March 17, 2017 on Netflix!
Check out my recap of the Luke Cage signing for more information on the Marvel/Netflix panel! 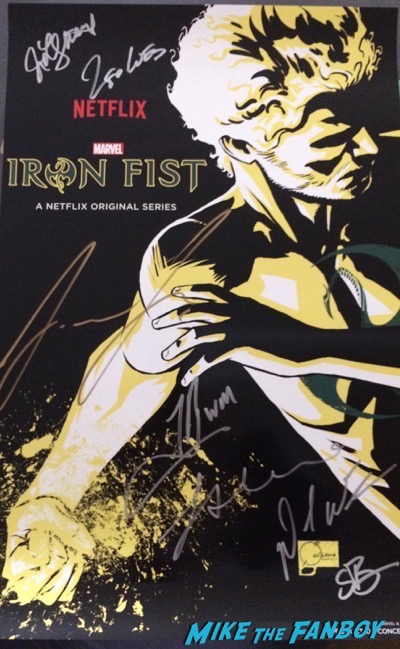