Have you binged Marvel Luke Cage on Netflix yet? That was one thing I definitely wanted to do before I hit New York Comic Con (NYCC) and, judging by all the bulletproof love, I wasn’t the only one!
Not only did Luke Cage break Nettfix that first weekend, there were tons of Luke Cage cosplayers representing comics and the new show. 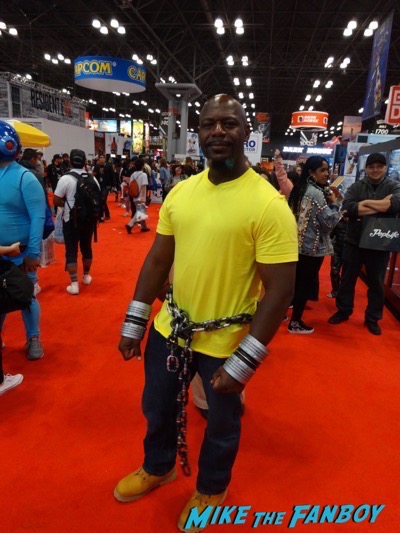 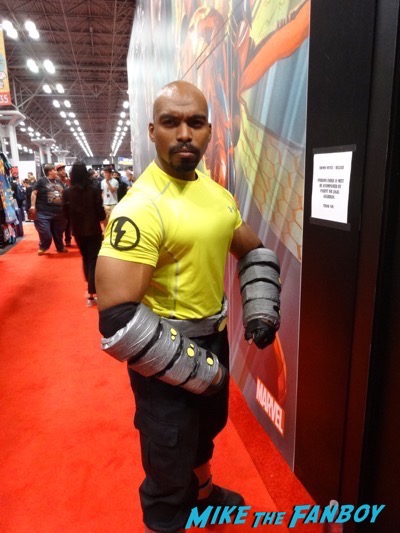 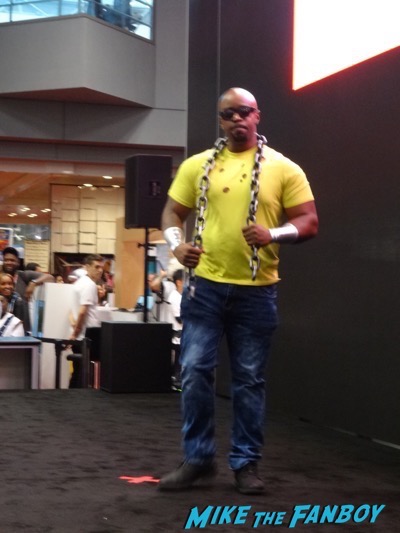 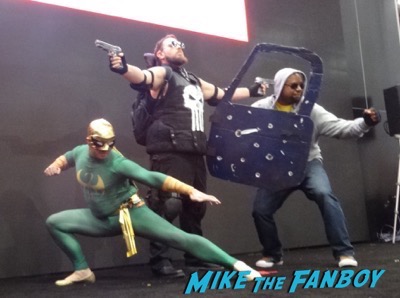 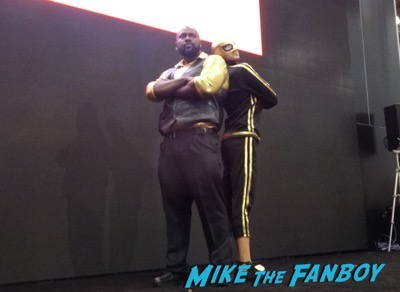 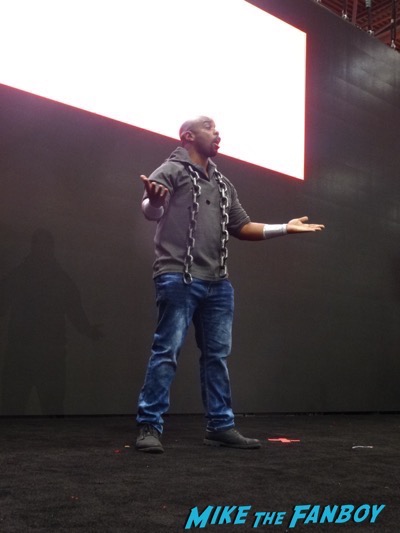 (I also saw a classic 70’s Luke with the tiara, but I couldn’t get a good picture. Sadness!)
Marvel also hosted a signing for Luke Cage! While the show had its big con debut at San Diego Comic Con, Theo Rossi (Shades) and Erik LaRay Harvey (Diamondback) came out to meet fans at NYCC. 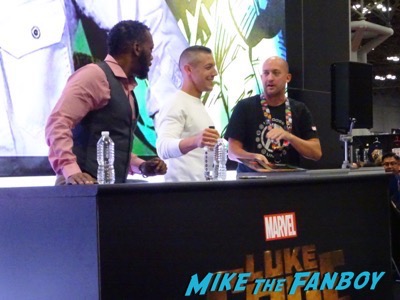 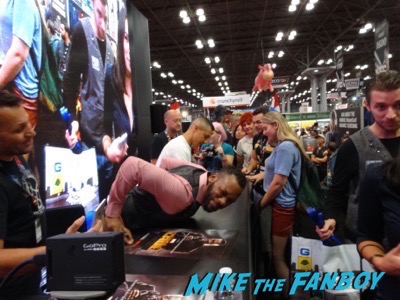 A con veteran (thanks to Sons of Anarchy), Theo was loose and joked around a lot. Erik, the best dressed man at the con, enjoyed his first con and first signing. 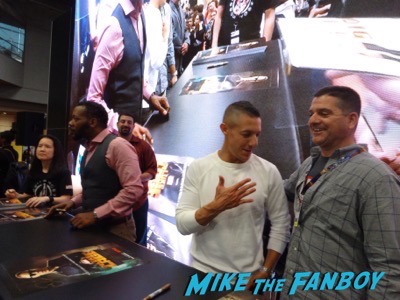 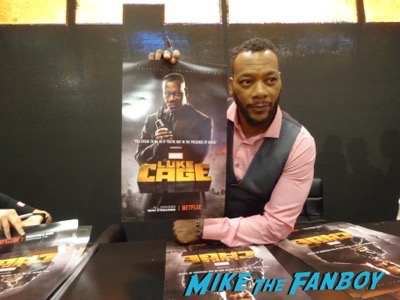 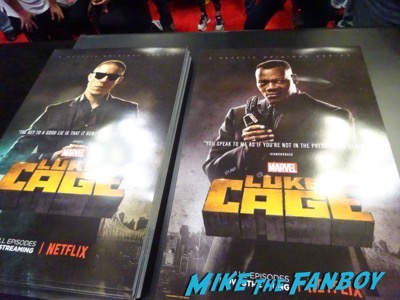 And why not? Marvel and Netflix owned NYCC this year with fans riding high on Luke Cage and the HUGE Marvel Netflix panel that provided the biggest moment of the weekend. 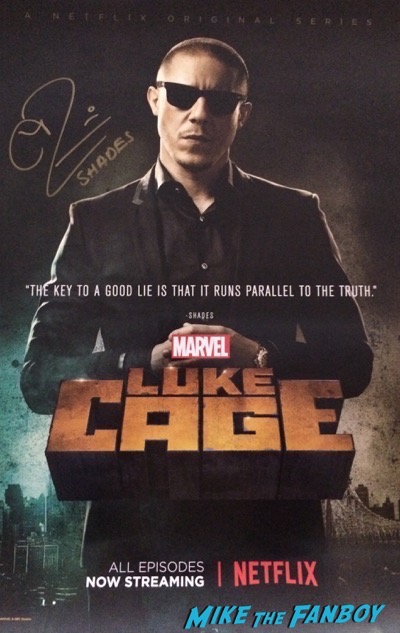 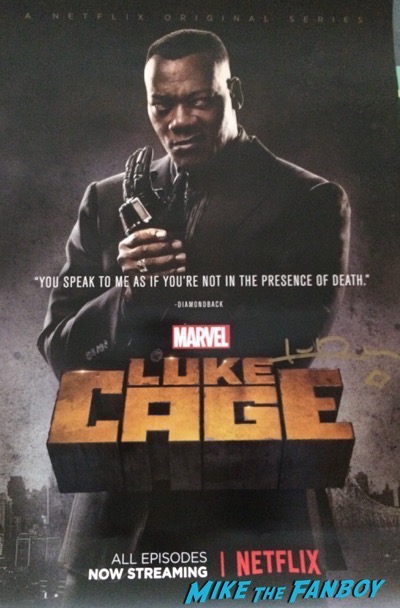 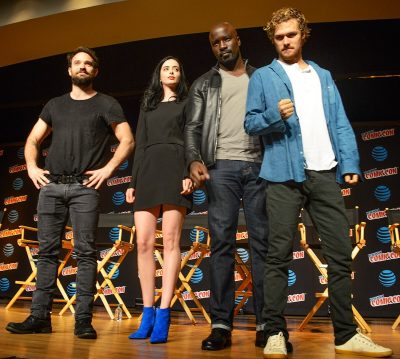 So who can be so strong that these four very different heroes have to band together?
Sigourney Weaver
Yep, THE Sigourney Weaver is joining the cast as an unspecified villain. She joined Charlie Cox, Krysten Ritter, Mike Colter and Finn Jones on stage as the crowd erupted into incoherent joy and then began to chant “Holy shit! Holy shit!”

So much to look forward to on Netflix next year! Stay tuned for more Iron Fist fun at NYCC!