One of the most eagerly-anticipated shows of the fall made it’s first public appearance at New York Comic Con. Jessica Jones had a joint panel with Daredevil and these shows gave The X-Files a run for its money in the category of hardest panel to get into. While I missed the panel, I was able to catch the signing which was just about as tough to get into!

Following in the steps of the terrific and dark Daredevil series, Jessica Jones is the next Marvel Netflix series which features another one of Marvel’s Hell’s Kitchen heroes. Based on the Alias comic, Jessica (Krysten Ritter) is a superhero who decides to leave that life behind and become an ordinary private investigator. Well, as ordinary as you can be when you are a superhero. In the first season of Jessica Jones, she’ll square off against The Purple Man played by fan-favorite David Tennant and she’ll meet fellow superhero Luke Cage (Mike Colter). 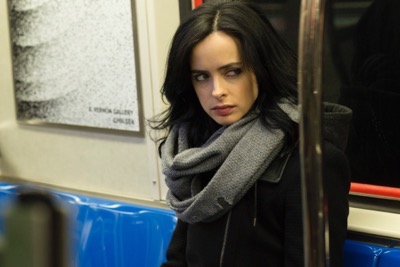 As a little bonus at the Marvel booth, you could step into her office and read all about Daredevil’s antics from last season. (Spoiler alert on the newspaper headline if you haven’t watched it yet!) 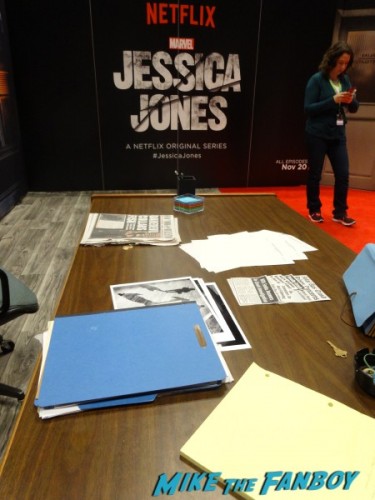 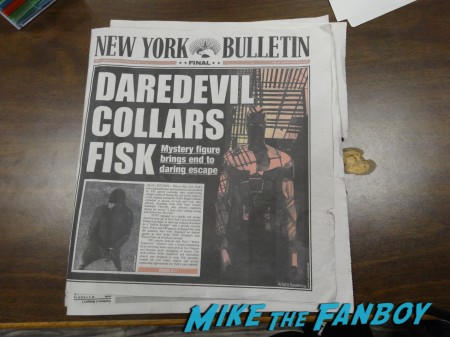 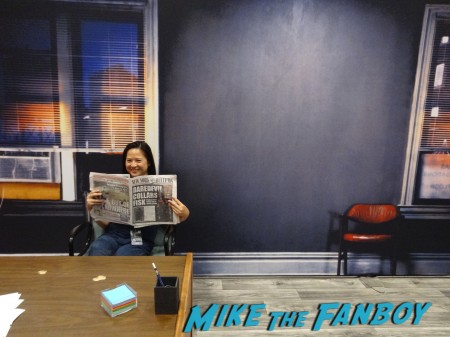 They also gave out her business card which was also really fun. I love the little touches like that! 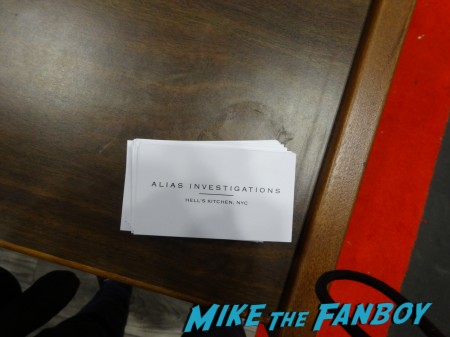 The signing itself was huge since it featured just about the full cast.  Unfortunately David Tennant was in London directing a play so he didn’t make the trip across the pond — to the great disappointment of about half the attendees at NYCC. 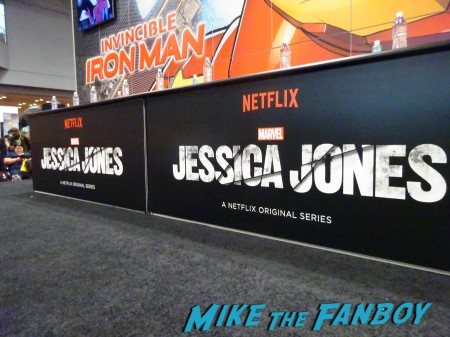 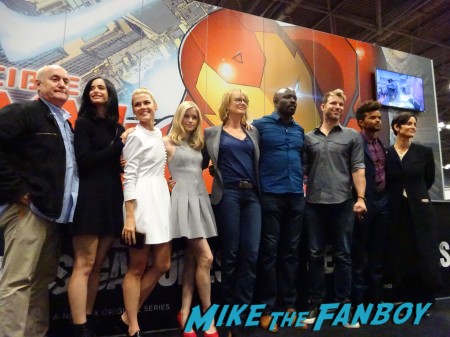 And, yes, that is Carrie-Anne Moss seated between Eka Darville and Melissa Rosenberg. She hasn’t aged a day since the Matrix and I kind of expected her to put on some cool sunnies and ride off on a motorcycle. She was very sweet. Eka was adorably excited to be at NYCC. 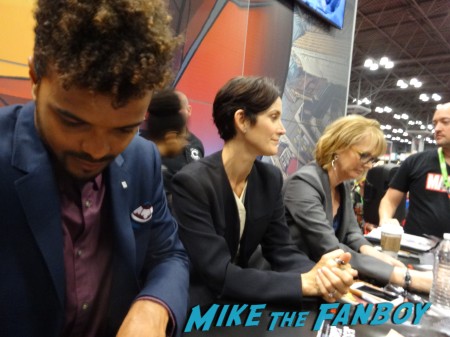 Erin Moriarty and Wil Traval were also feeling the energy of the whole crowd. So cute! 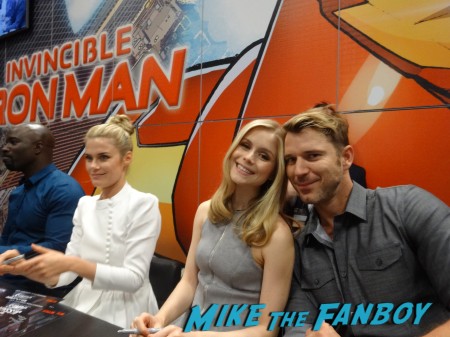 Rachael Taylor and I had a quick chat about Crisis which filmed in Chicago a few years ago. 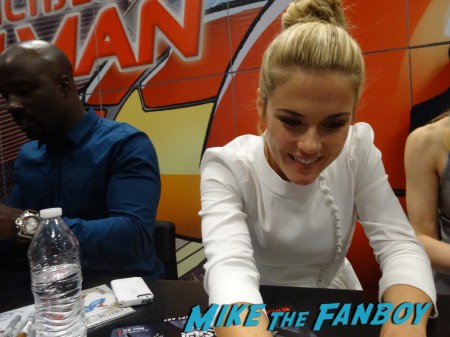 Mike Colter was good humored and I wondered if he was ready to do this all again when Luke Cage launches next on Netflix. (It’s filming now.) 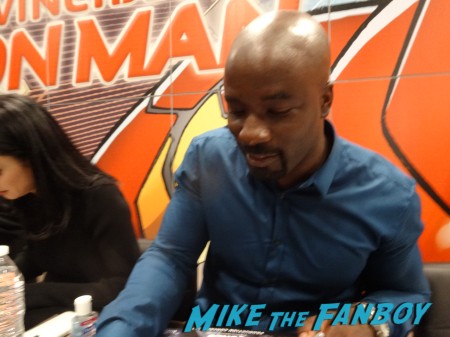 The signing ended with Jeph Loeb and Jessica Jones herself, Krysten Ritter.  While she may be best known for her comedic roles such as Gia from Veronica Mars or the B in Apartment 23, she was terrific in Breaking Bad so she’s going to be great as Jessica. 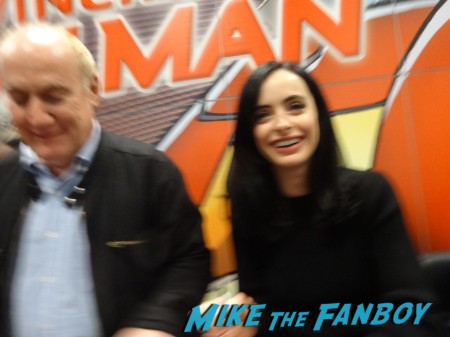 I’m clearing off my schedule for the weekend of November 20th since I’ll be full-on bingeing Jessica Jones on Neflix. I hear there will be a NYC premiere on November 17th so Jessica Jones fans can keep an eye out for that! 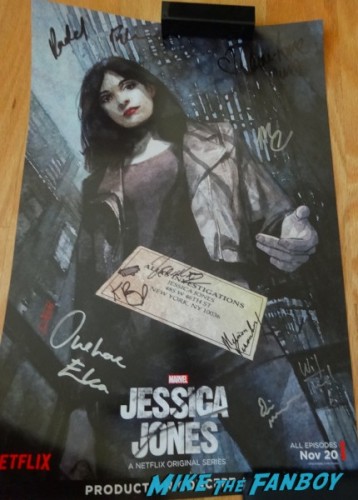