As if the Daredevil signing wasn’t huge last year, now that people have seen how great the Netflix series actually is, this was one of the most coveted signings at New York Comic Con.  The main Daredevil cast came out to greet the fans since they are actually in the middle of shooting season 2 in New York right now.

There was a massive crowd for this signing… 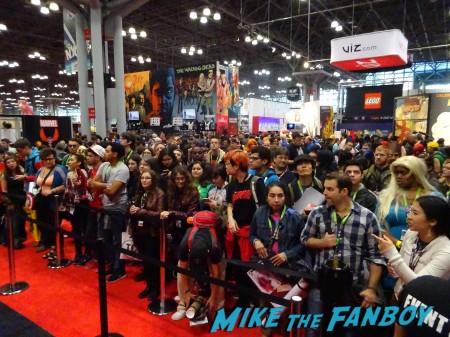 There were also a lot of Daredevils/Matt Murdocks in the audience. 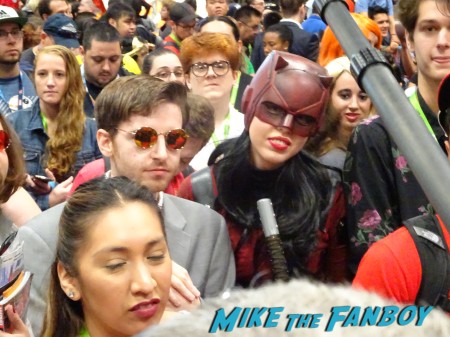 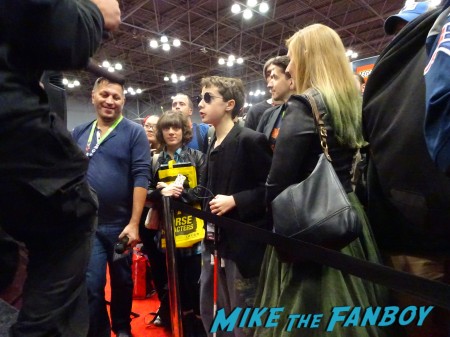 This Daredevil is sporting a screen-used Daredevil mask. (Lucky gal!) 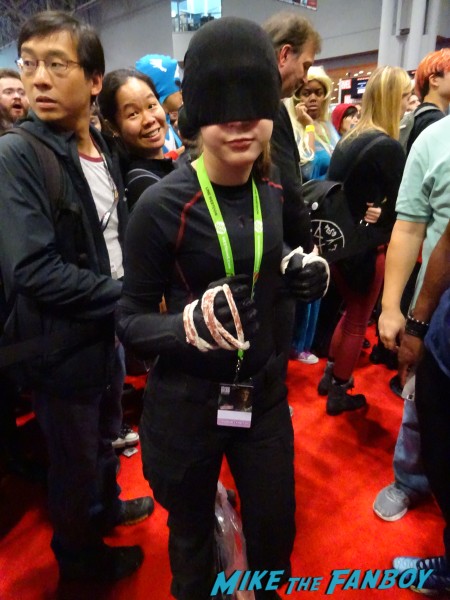 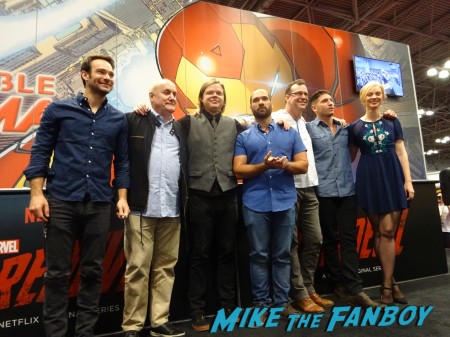 The cast was excited to meet everyone.  Doug looked a little embarrassed to take out his camera to snap a picture of the crowd, but I encouraged him and ducked so he smiled and took it. He was pleased that I remember him from his days as a writer on Buffy. 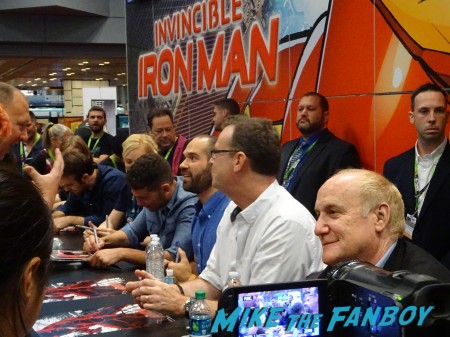 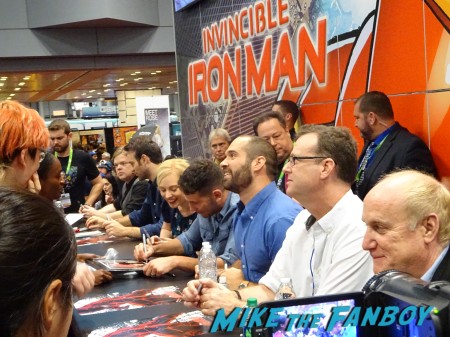 The signing went really fast and I didn’t get to say much to anyone, but they were all very friendly. Charlie tried to squeeze in a few extra signatures before the cast was whisked away to their next event. 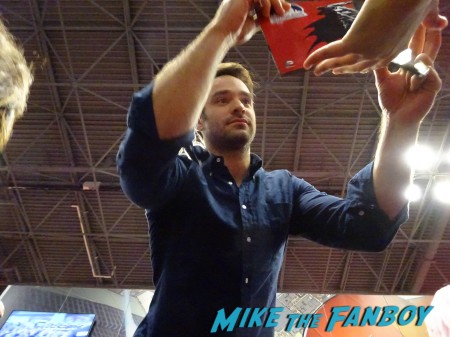 After I went through the line, Eldon and Marvel bigwig Joe Quesada joined the signing.  (Joe is actually the artist for the poster.) Ah well! 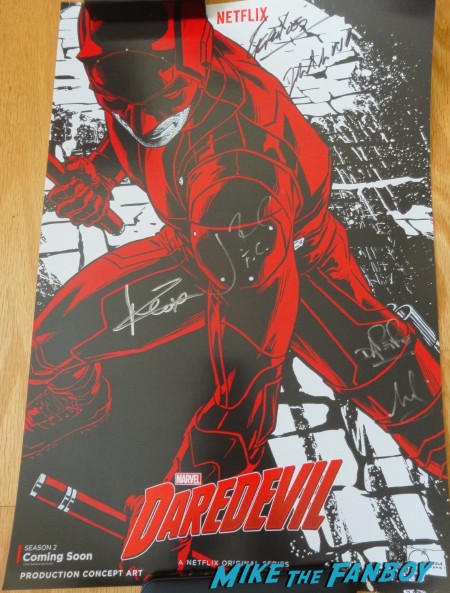 The next Marvel Netflix series will be Jessica Jones which starts in two weeks (so I’m not leaving the house on November 20th).  Daredevil’s second season will start sometime next spring — likely around April, but there’s no date yet.  I can’t wait to see what Jon Bernthal does with the Punisher! 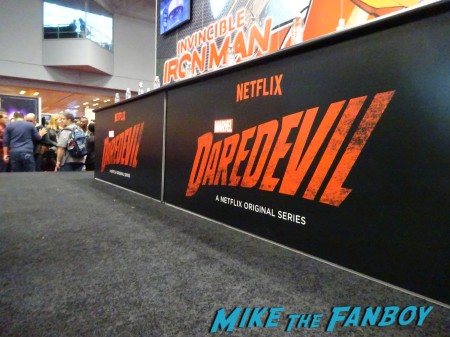