Home / Conventions • Marvel • The Lovely Erica / Hanging with Spidey at NYCC! Spider-Man: Homecoming is out on Blu-ray Now!!

Our friendly neighborhood Spider-Man finally got the movie he deserved with Spider-Man: Homecoming. The movie is on DVD and Blu-Ray this week and, to celebrate, Sony brought Peter Parker’s bedroom to NYCC! 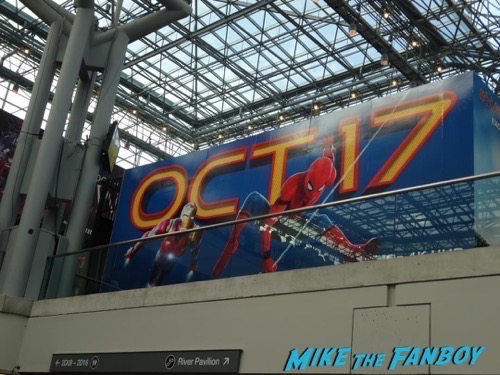 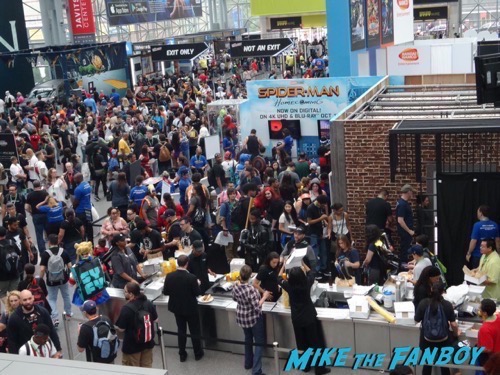 At the busy booth, fans could crawl through the fire escape and crawl across Peter’s ceiling. 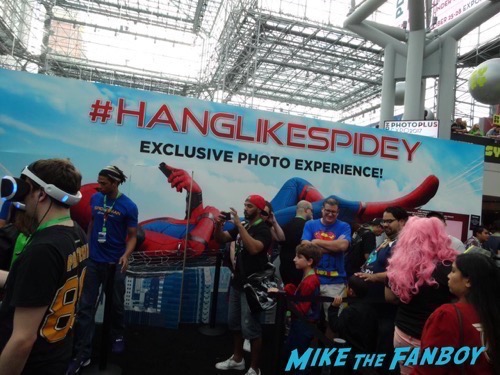 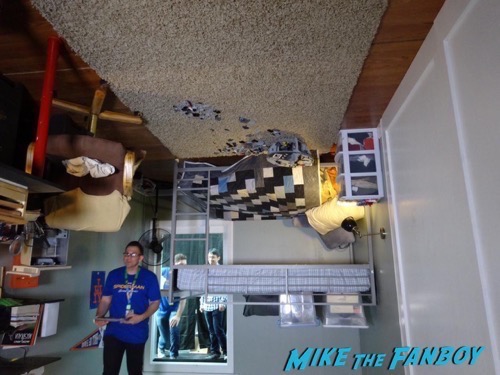 The booth sent a little video of my crawl which just proves that Tom Holland’s job is safe:
Fans could also play a virtual reality game to defeat Vulture. 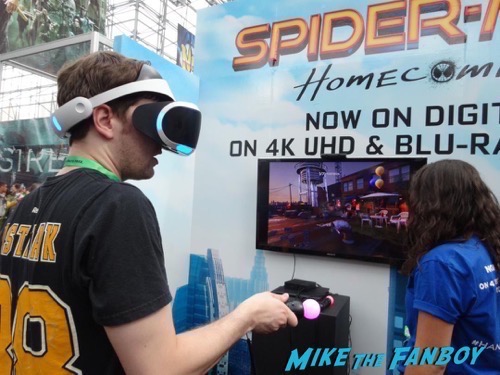 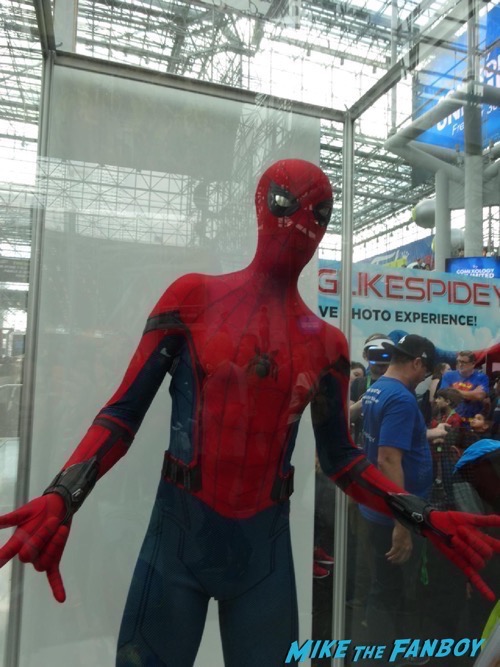 …and anyone who pre-ordered the DVD or Blu-Ray at the booth got to take home a gorgeous lithograph. 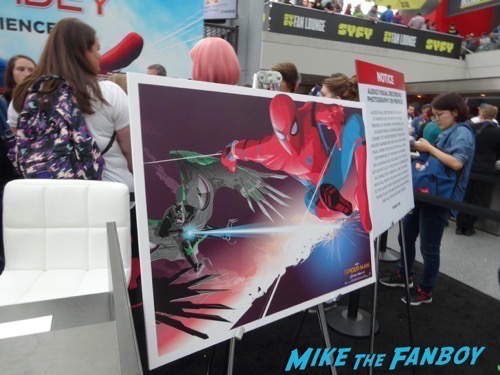