I love it when casts are having as much fan as the fans! The cast of the terrific new X-Men show, The Gifted, came out to NYCC to celebrate birthdays and have fun with the fans.

If you haven’t caught up on the new X-Men TV show, The Gifted, then make sure you binge it soon! Airing Monday nights on Fox, this is the story of the Strucker family that goes on the run once Sentinel Services learns the two youngest members are mutants. The creative team features many folks from the movies (Lauren Shuler Donner, Bryan Singer and Simon Kinberg) and more besides. It’s been a while since there’s been a good superhero drama on network so yeah!
If you’ve ever been to a cast signing at a convention, then you know the cast is late 90% of the time. The cast of The Gifted wins because they were 45 minutes EARLY! They arrived before the fans were even ticketed for the event!
Once the signing started, it was clear the cast was having fun. During introductions, Stephen Moyer was proudly videoing the cast and cheering when the crowd serenaded Percy for his 16th birthday. Proud papa indeed!
Anyway, the cast was really chatty with the fans and the audience. 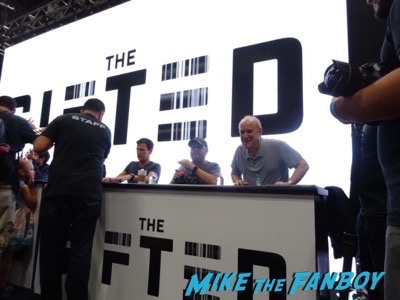 Stephen Moyer (Reed Strucker) is always a gentleman and a pleasure to talk to. He’s done a ton of cons, thanks to True Blood, but he was excited for his first NYCC. 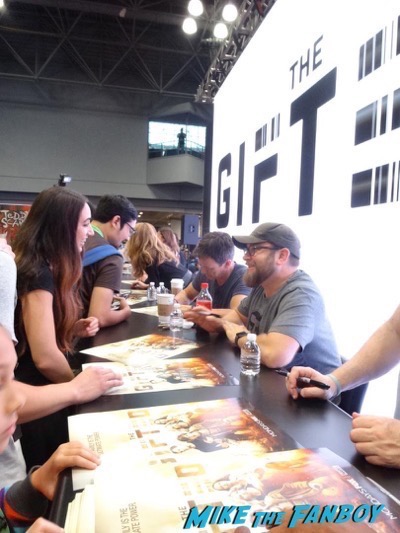 I finally got to meet Amy Acker (Kate Strucker) whom I’ve loved since she played Fred/Illyria in Angel. 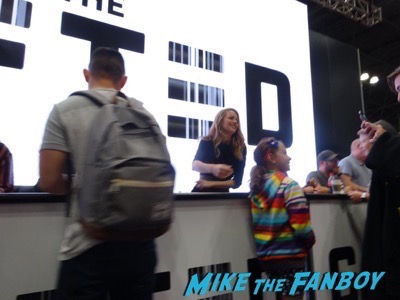 Sean Teale (Eclipse) and Coby Bell brought some more handsome to the cast. Cody still gets a warm welcome from the fans even though he plays Sentinel Services’ Agent Turner. (Jamie Chung (Blink) was sitting between the guys.) 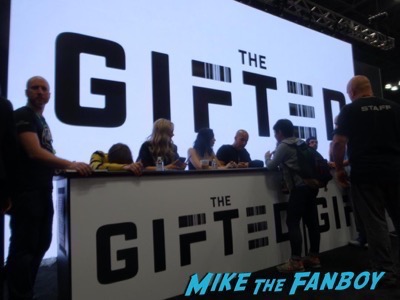 Emma Dumont (Polaris) always wants to get up and dance (and the girl can dance). She was so excited to see my Xavier School for Gifted Youngsters shirt that she taped a short video of me (!?!?!) 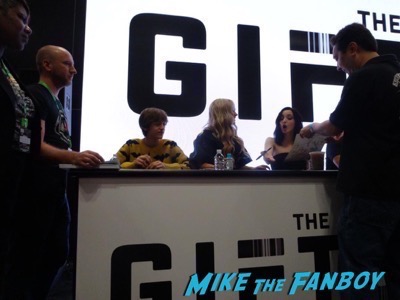 Natalie Alyn Lind (Lauren Strucker) noticed my shirt and said she hopes that Lauren gets to go to Mutant High in the show. Yes!
Percy Hynes White (Andy Strucker) sported a non-Batman-but-almost-Batman sweater. Since it’s his birthday, he used their early arrival to slip out and buy some comics and stuff before the signing. Why not? It’s his birthday after all!
The Gifted airs on Fox on Mondays! 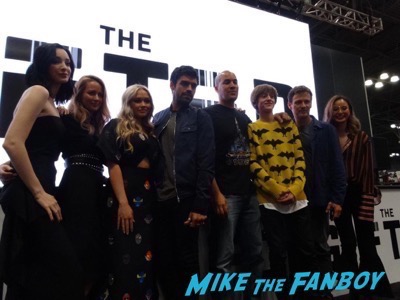