It’s amazing how time catches up with you! I didn’t even realize what was this weekend. Besides the Los Angeles Time Festival of Books it was also the Hollywood show.

Now, there were a couple people I was interested in meeting and I got a text that Scotty was also planning on going so we decided to meet up and head over together.

The Hollywood Show was staging a mini Rocky Horror Picture Show reunion and since it’s one of my favorite movies… I had to check it out. 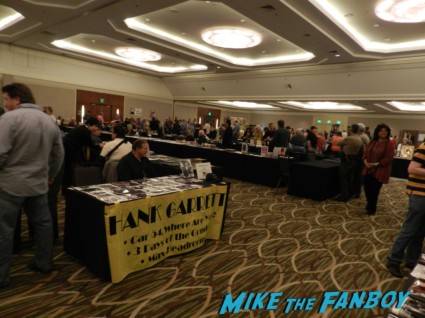 Patricia Quinn and Nell Campbell were here along with Barry Bostwick. Now, I have met Barry and with prices being a little steep I thought I would stick with Nell Campbell and Patricia Quinn since they don’t make there way to the west coast all that often.

But first I had to see Ms. Pinky Lovejoy. She was here helping out with Keith Coogan’s table. We said hi to Keith, who is always awesome. If you haven’t yet, check out Adventures In Babysitting, Toy Soldiers or Don’t Tell Mom The Babysitter’s Dead. #awesome 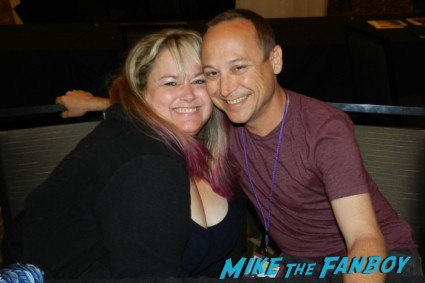 Then we did a little shopping. I spotted some rare Almost Famous props and I really wanted them to say the least. Sigh…

It was time to meet the gals of Rocky Horror Picture Show!

First up was Nell Campbell. For those of you who didn’t see the film Nell played Columbia and had the tap dancing scene during the Time Warp. 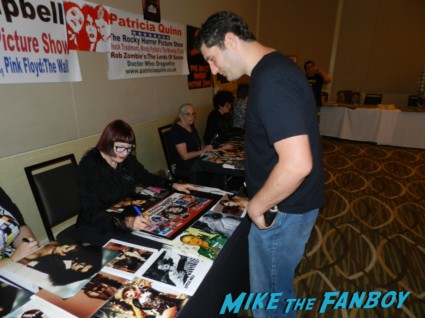 Nell was very nice and we talked for a hot second about the film and I also got a photo as well. 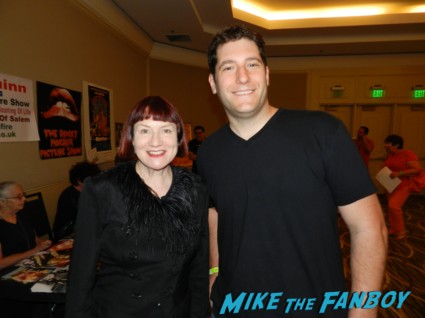 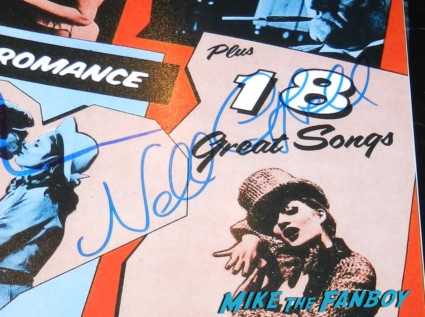 Then Patricia Quinn! Patricia played Magenta in the film and was super nice. She was simply adorable. I told her that she needed to come to the west coast more often. She laughed and said that everyone has been saying that. 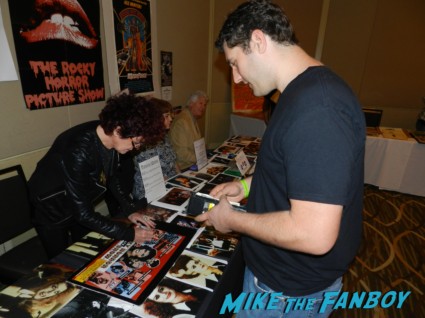 We also got a quick photo as well. 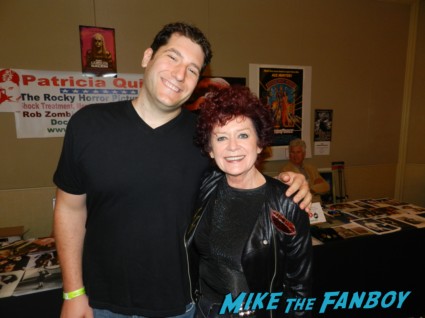 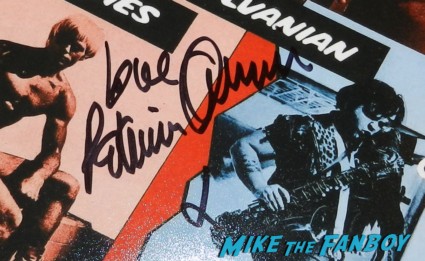 Scotty and I did some magazine shopping and I of course found a few magazines that I thought were pretty cool.

Pinky and Scotty were chatting for a while while I spoke with Greg. 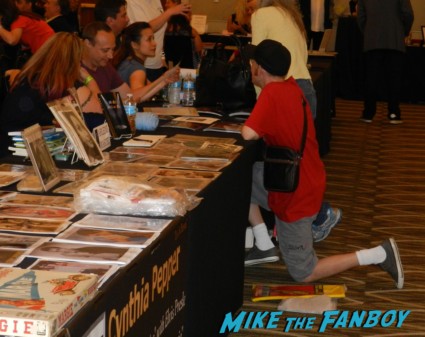 We headed over to see Dwight Schultz from The A-Team. He was very nice and Greg got a photo signed by him. 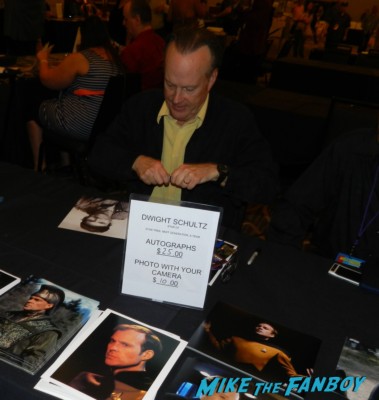 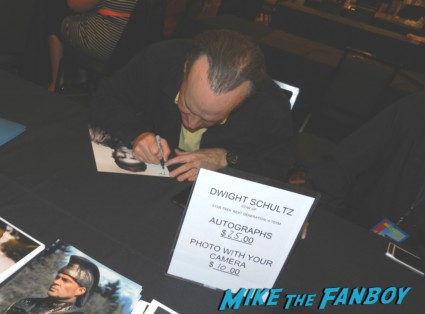 I debated and debated about these Almost Famous props. One vendor had the original Rolling Stone magazine cover featuring Stillwater and two LP’s as well….

I talked with Ms. Pinky and then Scotty 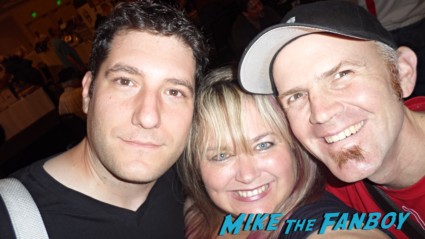 and then I did it… I broke down and bought the Stillwater Rolling Stone and LP’s. I had to, they were just too cool! 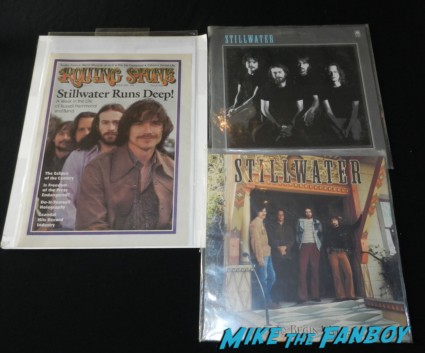 We had a fun afternoon and ran into a bunch of MTF readers and awesome folks so it was great to chat with everyone! 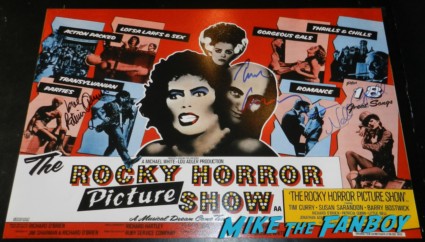