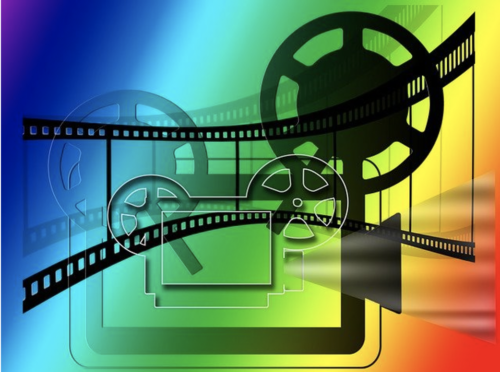 Nostalgia can be a wonderful thing. Remembering the great movies and TV shows of our childhood (and even from before we were born) can be a powerful trip where, depending on your age, you can enjoy E.T. phoning home, Johnny Five coming alive, or a group of surprisingly old-looking teenagers going together like “rama lama lama ka dinga da dinga dong”. However, nostalgia can also make us wince, as we look back at our childhood films and realize how out of place they feel in the modern world.

This isn’t a case of looking back into the past and chiding previous generations for not being as “enlightened” as the present one. Any generation could do this, because every generation builds on the learning of the ones that went before. No, this is to do with the TV and movie tropes that simply don’t make any sense – and which, with retrospect, were even weird for their time. If you’re sitting any time soon to watch a movie you loved 20 or 30 years ago, take a moment to look out for some of the following, and wonder what we were all thinking.

Every father was hapless and borderline negligent

If you are from a certain era, then the trope of a father being at best disinterested and at worst actively dangerous to their child’s well-being will be familiar to you. Homer Simpson is a classic example – although, as bad as he got, he never actively shrank his kids. This trope is becoming less and less prominent, which is a good thing, not least because it isn’t only insulting to men (though it definitely is insulting). It also does a lot of work to reinforce the idea that mothers are the capable, caring parents, so the real stuff should be left to them.

Glasses marked you out as a loser

Leaving aside the Superman problem as set out in the tweet above, there’s the She’s All That conundrum: a character with glasses is dowdy, unremarkable, almost invisible. Never mind the fact that she has music tastes that would mark her out as ice-cool today, a student like Laney would never be considered an outcast or a nerd now; she wouldn’t have in most schools even when the film came out in 1999.

In fact, maybe by accident, the film made a lot of people realize that Laney looked more than fine before her “makeover”, and to click here for a pair of glasses would merely enhance your look. The “nerd becomes cool” trope was satirized so thoroughly after She’s All That came out that no-one really dares try it today.

Bumping into someone = eternal friendship

If you watched enough movies in the 1980s and 90s, you would be forgiven for thinking that Hollywood was simply populated by people with very poor spatial awareness. Friendships, and relationships, so often started with accidental collisions that it was easy to assume that this was how real life worked. Word to the wise – bumping into someone in the street IRL will earn you an awkward, mirthless laugh if you’re lucky. As this rundown shows, modern examples of the trope in shows such as Orange Is The New Black tend to illustrate the reality better than the screen fantasy.

There are plenty more tropes out there, many of which remain in common use to the present day. Some of them are perfectly harmless, but the ones above have largely been cast aside