I’m going to say this again, I love the fact that Fox is releasing so many of their older films on blu-ray. It’s a prefect medium to preserve so much of our film history. It’s so important to remember where film started.

Check out JM’s review of Danny Kaye’s On The Riviera after the jump!

Old School Hollywood is always amazing to watch. Whenever I turn on an old film I instantly feel like I’m transported back in time and get lost in a different era. For me, that’s great filmmaking. Growing up my parents regularly exposed me to vintage Hollywood films so I became accustomed to watching silent films and black & white movies quite regularly. This week’s edition comes courtesy of Fox Entertainment and Danny Kaye with his Golden Globe performance in “On The Riviera.” 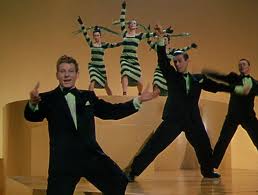 The film tells the story of Jack Martin (Danny Kaye), a nightclub performer, who is offered a large amount of money to impersonate French financier-aviator Henri Duran (also played by Kaye) while performing on the French Riviera. As you can imagine, things get crazy when he convincingly impersonates Duran and is romanced by multiple women including Duran’s wife Lili (Gene Tierney) and the gorgeous Colette (Corinne Calvet). 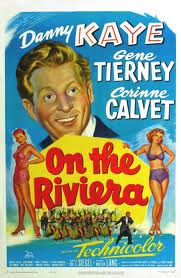 The film is a classic “Prince and the Pauper” storyline and was actually the third remake of this particularly story. Originally titled Folies Bergere (1935) starring Maurice Chevalier, it was later remade in 1941 as “That Night in Rio” and starred future Academy Award winner Don Ameche. This wonderful edition showcasing Kaye’s dancing and singing was nominated for two Academy Awards. 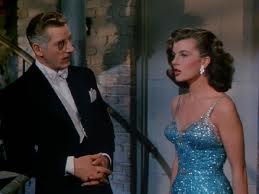 Like many recent vintage Hollywood Blu-ray release, “On The Riviera” will surely delight fans of classic cinema. This particular Blu-ray boasts an awesome supplemental feature on Danny Kaye and a great look into the choreography for the classic dance sequences in this film. Although not my particularly type of film it’s definitely a fun musical number for fans of this genre.

On The Riviera is out now on Blu-Ray! 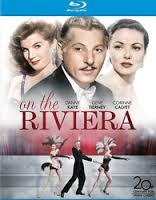