Tonight the most excellent Billy Beer and I were able to attend a very rare q and a and screening for the new film On The Road. Yep, the Jack Kerouac novel turned into a film. The q and a featured Mr. Tron Legacy himself Garrett Hedlund and Twilight star Kristen Stewart, both star in the movie along with multiple celebrity cameos including Elisabeth Moss, Kirsten Dunst, Steve Buschemi, Amy Adams, and more. The director of the film Walter Salles was also at the q and a.

But first the movie! Billy Beer was all a twitter at the prospect of meeting Kristen Stewart and finally getting his Twilight poster finished. I know what you’re thinking, “Billy has a Twilight poster?” He does and he wants it done dammit!

I have my collection of Tron: Legacy posters and a W magazine for Kristen as well. You have to be prepared right? Billy also printed a couple 8 x 10 photos of the On The Road posters in case he fell in love with the movie.

When the lights dimmed I really wasn’t prepared for the film I was going to see. I mean I heard of the Jack Kerouac book, but honestly it wasn’t something I ever read. I always wanted to but I didn’t. With that said, I thought the film was very interesting. Garrett Hedlund showed a depth and range I haven’t seen from him before. I’ve always been a fan of his but this film… I was impressed.

After the film the aforementioned stars took the stage for a q and a. Now, here’s the thing, q and a’s are tough. I mean, unless the stars are really engaging they can be a little dry. This one… It was a tad dry, lol. 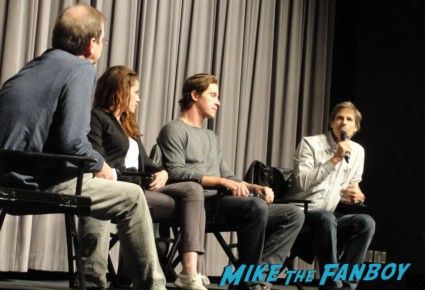 Director Walter Salles was extremely interesting though. He talked about the film in detail and was wonderful to listen to. 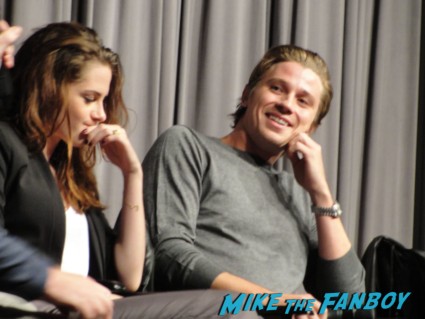 Kristen Stewart… Again, I like Kristen, but watching her talk is hard sometimes. It seems like she’s in pain when answering questions and has to pull the answer out from her innermost being. 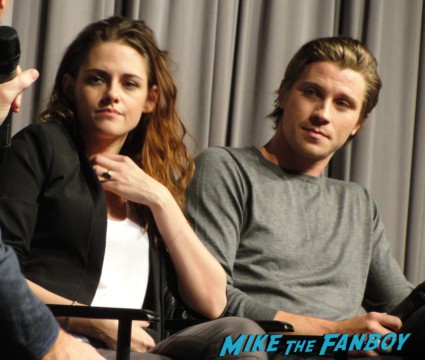 LOL… However, she did manage to pull off a few funny jokes, one was when someone asked about the nudity in the film and how he didn’t feel it was gratuitous, Kristen got off a funny one liner. Honestly, she showed a lot more personality than I’ve seen her show before! 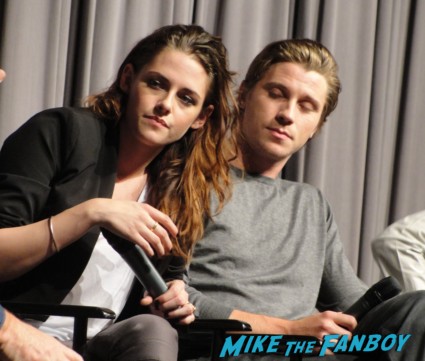 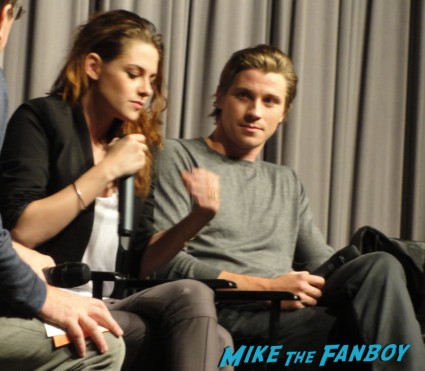 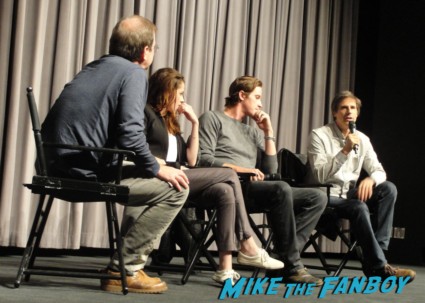 The questions were not all that unique or interesting, but there were a couple cool moments I got on tape below. 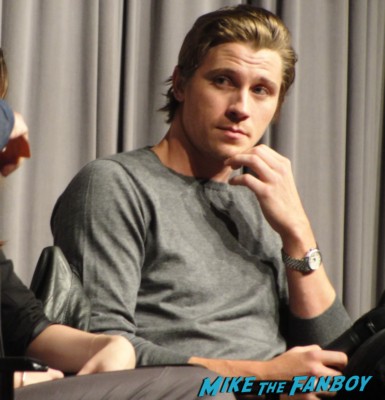 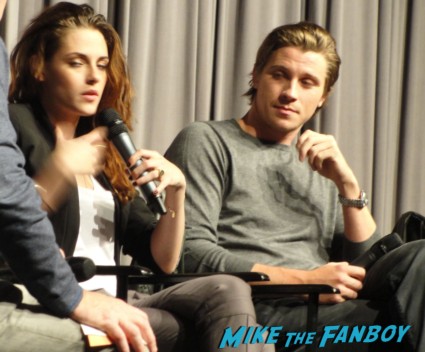 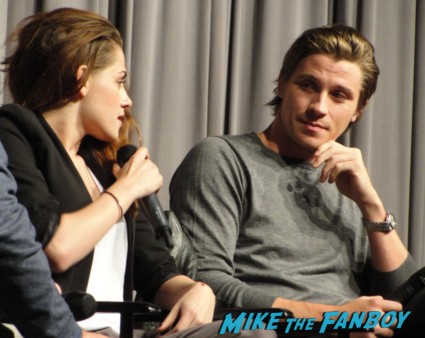 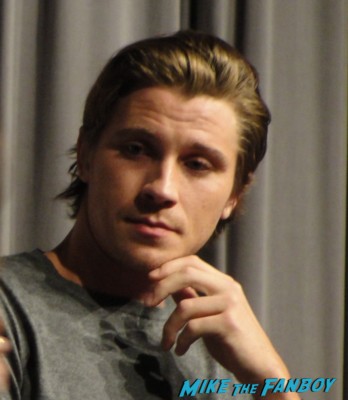 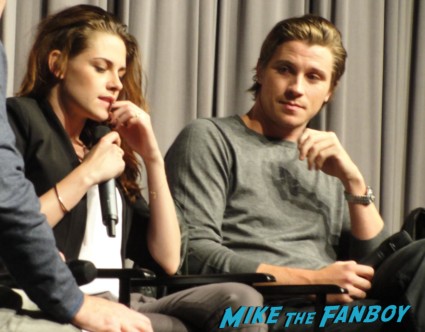 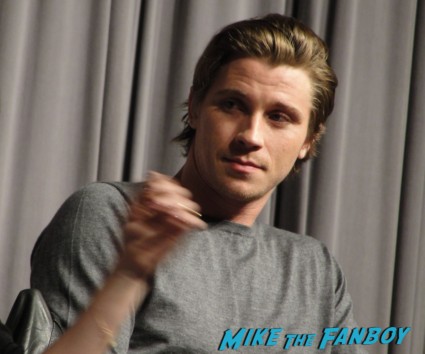 Then the q and a was over. It was time to try and get some autographs! There were a couple young girls in the front that ran up first. Kristen obliged them with a quick photo and then signed a photo for one guy and then my magazine. Billy asked her to sign his twilight poster and exclaimed, “You’re the last one I need!” Kristen said, “Oh, and what are you going to do with this!” Billy said, “It’s for me!” Kristen said, “Oh right!” I was like damn, Billy got schooled by Bella! LOL… The sad reality is that Billy is keeping that Twilight poster! Doh! 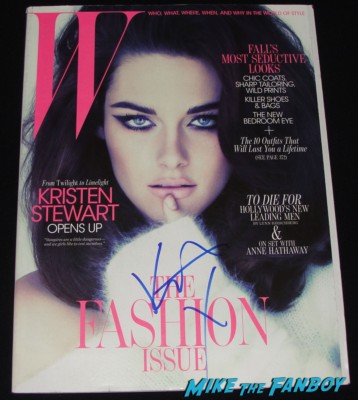 After signing for Billy Kristen took off pretty fast, so we got lucky.

Then I tried to find Garrett Hedlund. I managed to ask Garrett to sign a couple Tron: Legacy posters which made me so happy! I’m almost finished with my cast piece!! 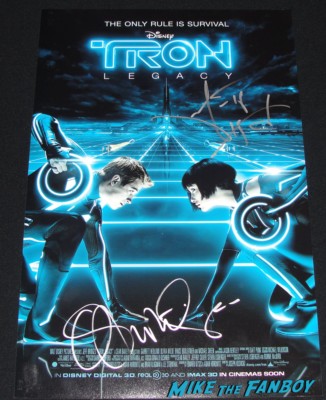 Billy helped get me my third poster done. Then… I got my photo. Garrett didn’t seem like he was going to bend down so I got on the stage, so Billy was forced to take my photo from underneath and it’s just horrible. Photo Flop indeed! LOL… 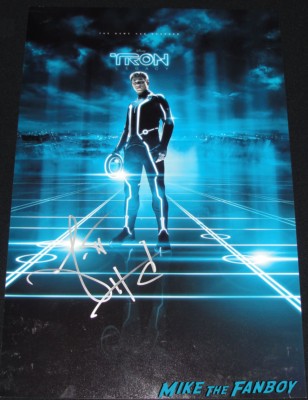 Billy wanted to meet Walter Salles and get him to sign his On The Road photo. Walter was so nice and talked and talked with everyone at the event. One lady did seem to try and monopolize his time a bit but Walter made sure and sign or say hello to everyone who wanted to talk with him. 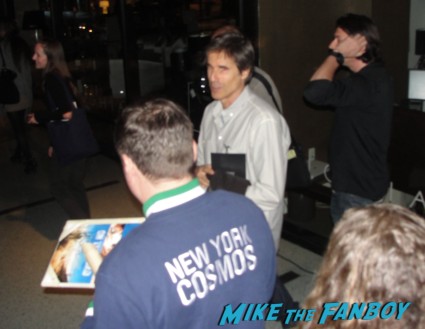 Overall, not a bad evening. I admit I was a tad stressed trying to get to the q and a but it turned out to be a great evening. I’m really happy that Billy got his poster signed and I was able to get my posters signed as well.

If you were a fan of the book On The Road I would suggest giving this adaptation a look. The performances, especially Garrett Hedlund were very good! 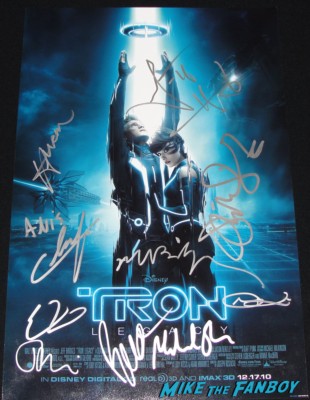