MTF movie critic JM is back and has an interesting choice for his second review, Only God Forgives, which stars Ryan Gosling. I really haven’t heard too much about this film except it’s the same team behind the movie Drive and it received mixed reviews at the Cannes Film Festival.

Give JM’s review a look after the jump and see the movie, which opens up this Friday (and can be seen on VOD)!

Nicolas Winding Refn redefines his film legacy with the spectacular, stylized Only God Forgives. Much like the classic combinations of Elia Kazan/Marlon Brando and Martin Scorsese/Robert De Niro, the distinct dynamic duo of Ryan Gosling and Refn bring out the best in each other’s work. Refn delivers another vicious and violent testosterone driven drama with one of the year’s best films. 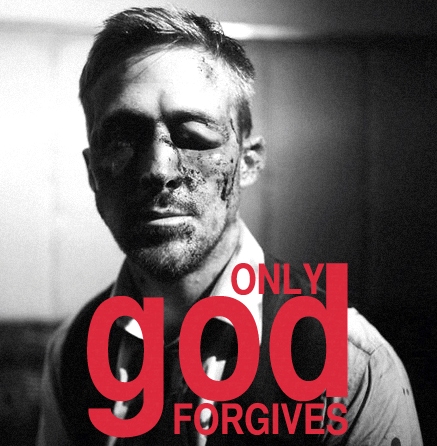 Living in the Bangkok underworld, American expatriate Julian Thompson (Gosling) runs a smuggling operation with his older brother Billy (Tom Burke) through a Thai boxing club. One night while feeling frisky, Billy goes on the prowl looking for an underage prostitute (a 14-year-old girl to be exact) and kills several people after being unable to find any “real girls.” Eventually he comes across a 16-year-old prostitute, but rapes and kills her. When the police arrive, Billy lies near her corpse befuddled by his actions.

When Lieutenant Chang (Vithaya Pansringarm) arrives on the scene, he confronts the girl’s father, Choi, for allowing his daughter to be viciously killed while he was inside the same home during the rape/murder. After receiving permission from Chang, Choi brutally bashes Billy’s skull to avenge his daughter’s death. However, the cop known as “The Angel of Vengeance” informs Choi there is a price to pay and cuts off one of his arms for allowing his young daughter to remain a prostitute. 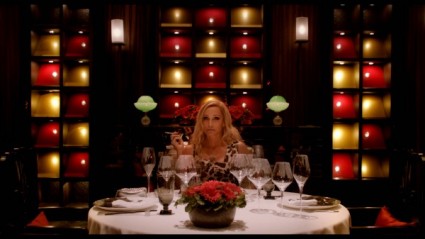 Julian’s mother, Crystal (Kristin Scott Thomas), arrives in Bangkok after a nearly 20 hour flight to identify Billy’s corpse and all she has on her mind is revenge. Julian rejects his mother’s request to find the killer, but that only infuriates the unstable, uninhibited Crystal who demands justice for her favorite son. Julian and his crew chase Choi down and confront what really transpired. Rather than kill the grieving father, Julian spares Choi’s life and becomes enthralled with “The Angel of Vengeance” as he decides whether or not to pursue killing Chang. 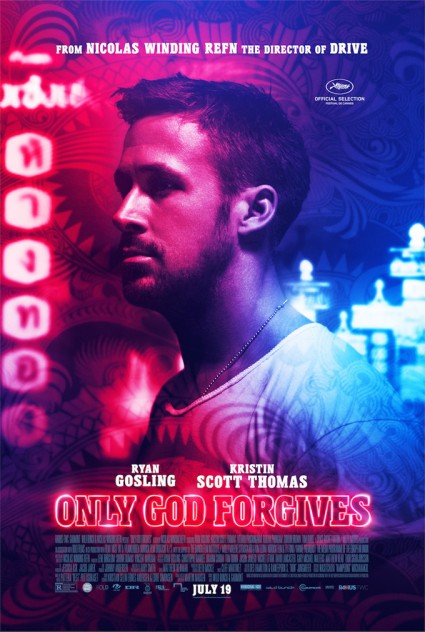 Since his emergence with the Pusher trilogy, Refn continues creating compelling characters with amazing actors and seems to invoke remarkable performances from such stars as Mads Mikkelsen, Tom Hardy and of course, Ryan Gosling. Unlike most A-listers, Gosling gravitates towards titillating characters most mainstream audiences aren’t attracted to seeing on the big screen (Drive, Half Nelson, Lars and the Real Girl, The Place Beyond The Pines, etc.), yet makes them sympathetic souls you should care about. His remarkable range as an actor seems similar to 50’s heartthrobs James Dean and Marlon Brando by boasting bravado while maintaining a calm, charismatic nature. 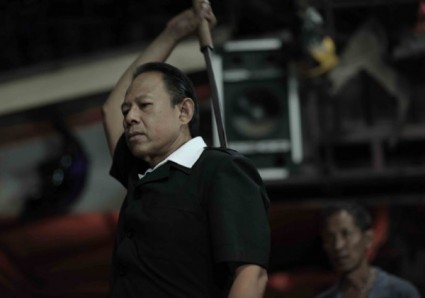 Although many might criticize the minimalistic dialogue, this simplistic style demonstrates Julian’s detached nature and jaded attitude towards life. He can’t cope with reality and has difficulty adjusting to normalcy so much so he even exhibits alienation in most social settings thanks to his verbally abusive mother. Julian can only effectively communicate through violence to feel at ease and his mother only exacerbates his inability to act normal.

Kristin Scott Thomas not only owns her role as Crystal, but delivers the best lines with such conviction it sends shivers up your spine. Her coarse, callous bombardment of obscene comments, especially during her hotel arrival and dinner with Julian, reinforce this idea some people have no redeeming qualities. At one point, she humiliates Julian at dinner by discussing his penis size in front of his date and infers having an incestuous relationship with her son Billy. This woman knows no bounds and doesn’t consider anything off limits: humiliating people, hiring hitmen, peddling drugs, and abusing power. She should scare you, but she’s nothing compared to Chang.

Much like One-Eye from Valhalla Rising, Chang’s enigmatic, yet violent presence persists as the real driving force for the film. Every time Chang (Vithaya Pansringarm) pops up on screen, you know something special will happen. He’s almost like a sadistic samurai unleashing his own form a vengeance wielding a sword against anyone seeking revenge. He’s unafraid of confrontation and delivers devastating blows with every reaction. Even after nearly beating Julian to death in their fight, Chang’s composure doesn’t change and goes about his evening as though nothing significant happened despite deterring an assassination attempt, killing a few people and nearly beating a man to death only hours prior. Pansringarm presents a cool character audiences will despise for generations to come. 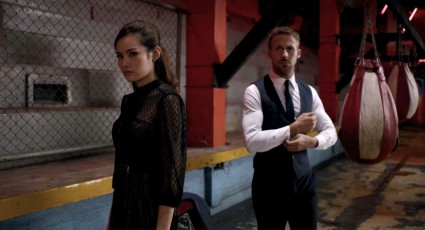 This gritty, gory film fulfills fans appetite with an ultraviolent and unbelievable sleek look. Red runs rampant throughout this story about deeply disturbing, despicable characters caught up in the Bangkok underworld. Once again, Refn rocks audiences’ minds with this surreal stylized thriller set in the East. Unlike most movies, appreciating all the different distinct colors will enhance your viewing experience. Larry Smith’s spectacular cinematography combined with Beth Mickle’s production design created an eerie atmosphere that is only enhanced by Russell Barnes and Witoon Suanyai’s art direction. In certain instances, there are traces of Gaspar Noé’s Irréversible with the dark lighting conveyed in the long corridors and classic imagery you could feasible enjoy in a vintage Martin Scorsese film like Taxi Driver and Mean Streets.

The film exerts eerie from the get go with the dark tones and color timing, especially the abundance of red, black and blue foreshadowing certain critical moments. Cliff Martinez’ subtle soundtrack sets the tone with wonderful creepiness. Although not nearly as flashy compared to Drive, it does the trick. However, the really remarkable musical aspect of the movie involves Chang singing karaoke, which for Thai people represents a religious experience. In these cases, it makes Chang appear even more god-like serenading his devote supporters (fellow officers in the club) while parting wisdom (through songs) after protecting everyone from evil.

Most moviegoers will not appreciate all the aesthetics carefully crafted, but this movie delivers a fresh, fascinating film filled with minimalistic dialogue and an intense use of ingenious imagery. Gosling and Refn are a fantastic filmmaking duo that should make more movies together, but make no mistake this movie is no Drive. Casual filmgoers looking for a neat narrative will definitely be disappointed, but film aficionados are going to enjoy this compelling, creative venture starring Ryan Gosling. Four out of Four Stars.