Man oh man… Apparently, the Kate Winslet star ceremony (which granted was nuts) was so insane that the Walk of Fame is trying to get rid of the autograph collector’s entirely. Check out this sign. Fascinating.

Still, at todays Orlando Bloom ceremony, he still decided to greet the fans and sign, because he’s 1. cool and 2. appreciates the fans. I think that’s so awesome.

I do think people need to calm down at events, and even though I think my glass house is fairly sturdy, I know, like everyone else it’s hard to do. Even yesterday, it sucked for me not getting someone, it’s hard, I could only imagine if my living depended on it. BUT when it’s such an issue that the Walk of Fame people discourage it, perhaps it’s time to take a second look, you all know what I’m saying? I’m probably preaching to the choir but no one wants to have something like this keep happening.

I’m climbing off my soapbox now, and I return you to Paul’s quick recap!

Ok I arrived after an awesome day yesterday at jkl opposite from mike ha eh.

Around 7:30am 5 people were waiting at the star location, which after about 30 minutes the guard arrives and moves us to the corner of Hollywood and orange. More and more regulars show up… then about 9am the dealers start showing up but because people can’t behave themselves at these events the security had us open our bags and gave those allowed in wristbands. Perfect! Except there were signs made by the Walk of Fame, that said no autograph requests, which would upset your average dealer/collector but I’m not in it for the $ so I continue chatting with a buddy. 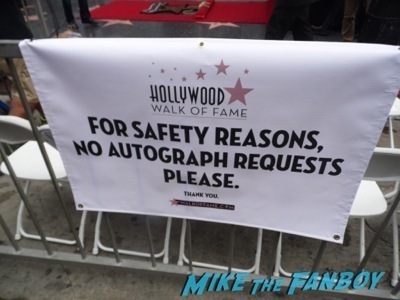 Suddenly I feel a little body squeezing next to me seriously really who brings a 4 year old to a star ceremony? Not cool at all. A couple brought two children yesterday to another event, who ran all over the place. I’m no expert on parenting but the alleys and large crowds are not a good place for children. This trend needs to stop. 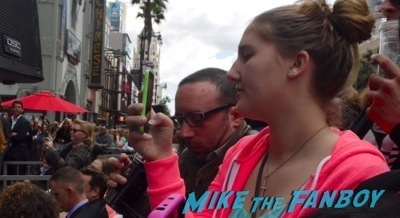 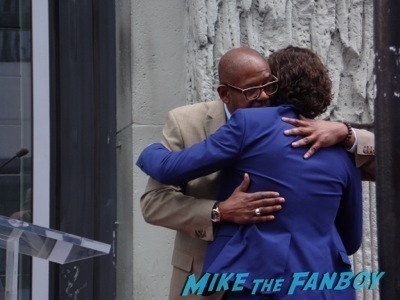 I couldn’t pay attention but with all chanting from my section Orlando’s publicist/manager came by and let us know to behave and Orlando would sign which he did! 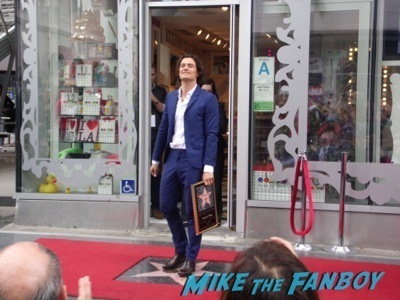 For the size of the crowd he was on top of graphing his famous OB but I was glad I got some great shots, hung out with great friends and got him to sign my Lord of the Rings photo. 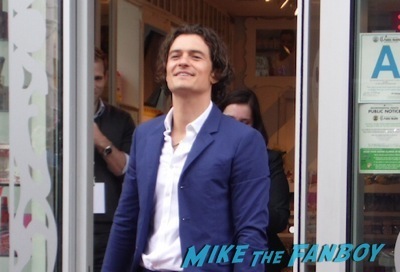 Also, I ran into legendary film director Kenneth Anger which is an annoying treat (I see him all the time) but he’s got a cinespia event coming check it out!