So much good news today!!

BBC America has just announced that Orphan Black is renewed for season 4!!!
And there was much rejoicing!

The renewal was never really in doubt since Orphan Black is the crown jewel for BBC America (they co-produce it and not just import it like Doctor Who). It’s nice that the announcement came so early since BBC America has usually waited until the end of season to make the proclamation. 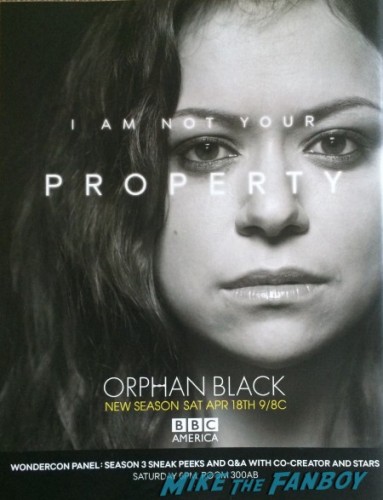 The producers and the creators of Orphan Black have said that they have a 5 season series outlined so we’re another step closer to seeing the full story unfold. Yeah!

Based on the second book in the series (Dragonfly in Amber), the estimated debut will be next spring on Starz so there’s a lot of time to pass before we will see the second book. Still, its great to know they’re hard at work on it!

And away we go! Season 2 #Outlander #DIA first day of filming "Break a leg" @Outlander_Starz

Day 1 outlander 2 and sun is out to play

One thing still missing is some major casting news that we’re all eagerly anticipating. I wonder when we may hear about that….