OTG John is all about Dr. Who. He has been a fan of the series for years and earlier this year he attended the 23rd annual Gallifrey Convention. This is a Dr. Who fan convention, think of it like the San Diego Comic Con for Dr. Who fans. LOL…

OTG John was able to meet most of the stars and the really nice thing is that stars from all the incarnations of Dr. Who showed up to the Con.

Hi to all Mike The Fan Boy readers! It’s been a while since I posted anything on the site so here goes…..

As you regular readers may all know I’m a huge fan of the TV cult classic Doctor Who. Every year one of my highlights autographing is attending the yearly Doctor Who Convention known as Gallifrey. I’ve been attending the convention since year one way back in 1990. By attending these convention plus one I went to in Chicago I have meet 11 of the 12 actors that have portrayed the Doctor since his incarnation in 1963. Including Peter Cushing who played the character in two theatrical movies. The only one I haven’t meet was the first Doctor, William Hartnel , who died before I started collecting. 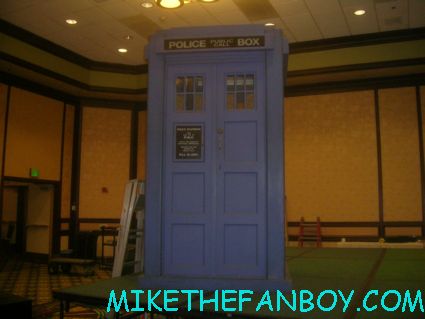 Anyway this past February was the 23rd Gallifrey Convention. This years guest list was spectacular. Including actors from pretty much all genre’s of the shows 39 year run. You had guests like 88 year old William Russell who was there back in the beginning 1963, who portrayed companion to the Doctor Ian Chesterson. To Camille Corduri who play Rose Tyler’s AKA Billie Pipers mother during Christopher Eccleston/David Tennants era. Up to guest like Mark Sheppard, Tony Curran and young Amy Pond Caitlin Blackwood ( real life cousin may I add to adult Amy Pond portrayed by Karen Gillian in the current series ). You think that would be enough for the guest list? NO!!! Far from it! 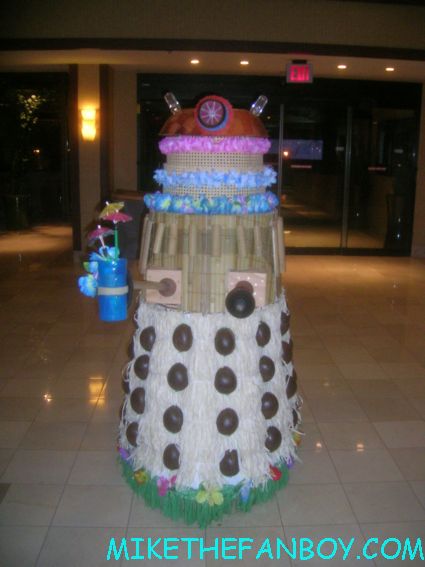 Other Who guests attending were Maureen O’Brien, another Who companion from 1965. From the 70’s era we had companion Louise Jameson, and Richard Franklin. From the current run of the show we had Tony Curran who played a marvelous version of Vincent Van Gogh in the episode entitled Vincent and the Doctor ( on my top 5 for best DW episode ever! ) and Simon Fisher-Becker ( Dorium Maldovar from series 5 and 6 ). Done? NO!! We even had a complete reunion of all the actors from the 1996 FOX TV Movie. Paul Mcgann, Daphne Ashbrook, Eric Roberts and Yee Jee Tso all were at the convention to show their support. Like I said this years guest list was the bomb!! 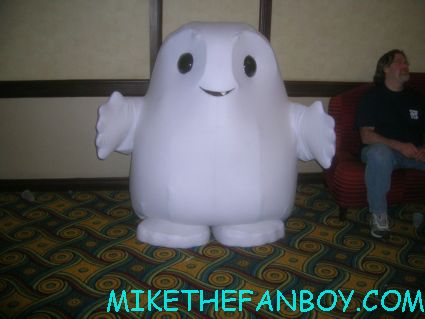 What I like about Gallifrey is that unlike many such sci-fi type convention is that this one is truly a fan run/based convention. Meaning no high registration fees and charging for autographs and photo opps. However times have changed and because many of the guest were sponsored this year, this was the first year that many charged for the autograph. That’s not good when it comes to people who are retired and are on a limited income like myself. However I “worked” it to where I was able to get the majority of my items signed for free anyway. Since the majority of the guest live in the UK most of them actually stay at the hotel. So what I did was scope out the hotel the day before the convention and I was able to get most of my stuff signed. I then pay for the first day which is on a Friday. Because it is a work day the convention is less crowded and I’m able to enjoy at least one day of the con. 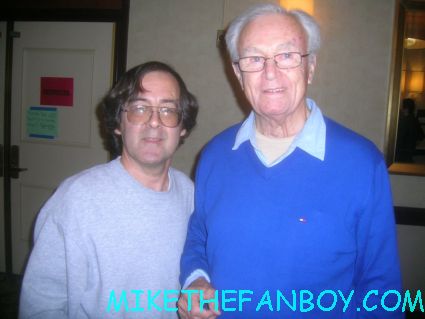 I then skip out on the busiest days, Saturday and Sunday, and I return in time for the closing ceremonies. They usually hold an after party for all the volunteers and most if not all the guests show up for this. So whatever I have left to get signed I’m able to finish it off then. If I still had items I could always go back the day after when the guests check out but I didn’t have to do that this year. 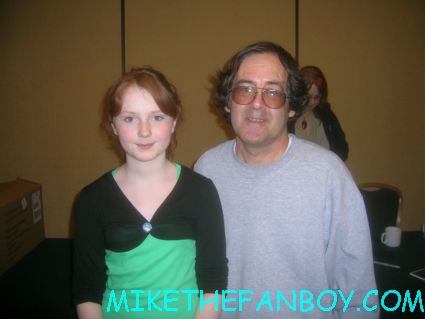 The best thing about this convention is that NONE of the regular Hollywood/LA dealers and ebayers show up to this!

It is truly nice to go to an event and not have to run into these scum !! Hope it stays that way!!

Anyway I really enjoyed the convention this year and I’m already looking forward to next years.

Until next time MTFB readers! 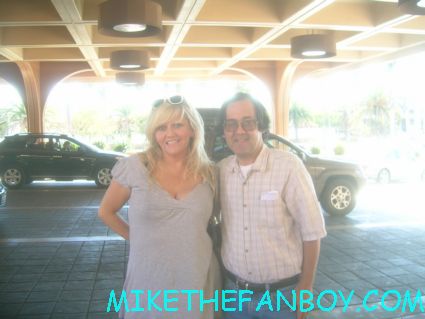