Chuck our man in Texas is back! It’s been a long time since we heard from him, so I’m glad to hear he’s gotten at least a little success! Chuck went out to try and meet country music legend Emmylou Harris!

Emmylou Harris is a legend and there are only a few people you can really call legends anymore. At least in my humble opinion.

Check out Chuck’s recap of events after the jump!

Hey it is Chuck from the great big ol’ state of TEXAS!!!!!

It has been awhile since I have been out on the prowl, but I manged to get out and snag another signed album and photo from a country music legend…Emmylou Harris.

I left work early and beat rush hour traffic to get down to the venue. After circling the area 2 times I finally found a parking spot and went over by her bus and stage door.

Now this is the great part!!!!! I stood there for like 10 minutes and she came out of the stage door with her 2 dogs and assistant. I asked her to sign for me, and she asked my name. I told her, and she signed my album and a photo collage I had made for her. 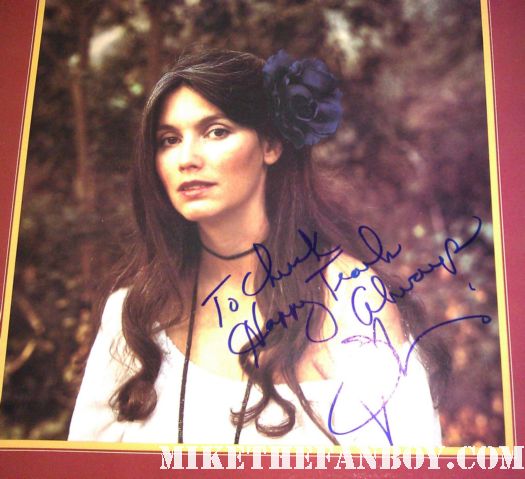 It was real quick, real nice, and she told me thanks then jumped on her bus. I mean I didn’t even have time to ask her for a photo op. 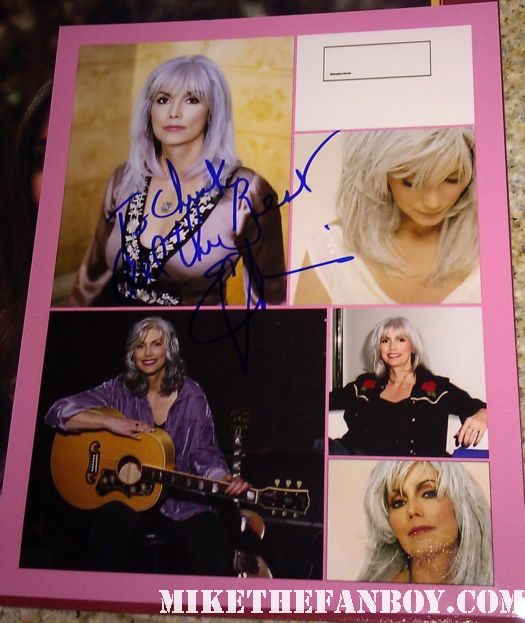 So I was out of there in only 10 minutes! These are the kind of autograph ops I like to have.