Out of the Furnace, the new film starring Christian Bale and Woody Harrelson comes out on blu-ray March 11th and we have a copy to giveaway! Say Wha? Awesome!

But before we get into the giveaway It’s been a very busy year for Woody Harrelson! The man has been everywhere!

Check out the year of Woody Harrelson below!

As we get ready for the March 11th Blu-ray and DVD release of Out of the Furnace, we can’t help but notice that one of the film’s stars seems to be just about EVERYWHERE lately. You can barely go to the theater or turn on your TV without seeing some incarnation of Woody Harrelson staring back at you, so we thought we’d take a look at some of the recent roles that has made this the “year of Woody.”

Now You See Me

The Year of Woody started out with a whimsical turn for the actor, playing Merritt McKinney, a member of a group of magicians who steal money from the rich to give to the poor, Robin Hood-style. The movie was an unexpected hit with audiences, and a sequel is already said to be in the works. 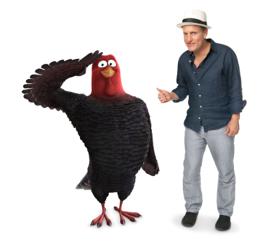 Harrelson’s next role of the year was more heard than seen, when he provided the voice for macho turkey Jake in the animated film Free Birds. In the movie, Jake teams with fellow turkey Reggie (voiced by Owen Wilson) to travel back in time to the first Thanksgiving to get his species taken off the menu.

Harrelson reprised his role as Katniss Everdeen’s mentor, Haymitch Abernathy, in the second installment of the Hunger Games franchise, Catching Fire. The film was one of the year’s top earning, grossing over $800 million worldwide so far. The series is keeping Harrelson busy as the next two sequels are currently filming, slated for 2014 and 2015 release dates.

Out of the Furnace 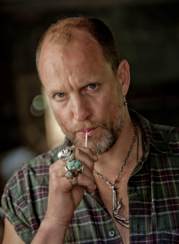 After playing the loveable Haymitch in Catching Fire, Harrelson took a MUCH darker turn in his next film as the psychotic Harlan DeGroat in Scott Cooper’s gritty thriller Out of the Furnace. DeGroat is an Appalachian meth-addicted leader of an underground boxing ring. His ruthless actions have a profound and terrifying impact on the lives of every other character in the movie, portrayed by an astounding cast including Christian Bale, Casey Affleck, Zoe Saldana, Willem Dafoe and Forest Whitaker.

Harrelson ended his year with his first return to television stardom since his iconic run as Woody Boyd in Cheers ended in 1993. And what a series to come back to! The show, which co-stars Oscar-nominee Matthew McConaughey, has received almost universal praise from critics and consistently inspires buzz every Sunday from its fans, who just can’t get enough of the show.

Catch Harrelson in Out of the Furnace, available on Blu-ray and DVD March 11th. 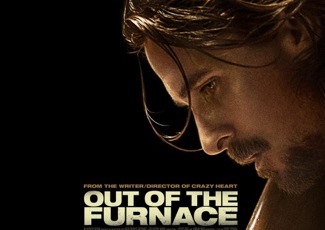 From Scott Cooper, the critically acclaimed writer and director of Crazy Heart, comes a gripping and powerful drama about family, fate, circumstance and justice.  Russell Baze (Oscar® Winner Christian Bale*) leads a dead-end life – he works a meaningless steel mill job all day, and cares for his terminally ill father at night.  When Russell’s brother Rodney (Casey Affleck) returns home from Iraq, he is lured into one of the Northeast’s most ruthless crime rings and mysteriously disappears.  When the police fail to solve the case, Russell puts his life at risk in order to seek justice for his brother.  This absorbing film features a knockout cast that includes Woody Harrelson, Forest Whitaker, Willem Dafoe, Zoe Saldana and Sam Shepard. 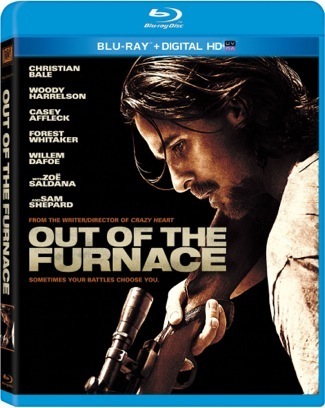 You want to win right? Enter below!