James our man overseas was at the Night at the Museum premiere. We’re going to have an awesome recap coming up from James but first, you have to check out his Photo Flop!

From James: “The second Wilson of the night soon followed, Owen Wilson! The Meet the Parents, Meet the Fockers, Little Fockers, Zoolander, Wedding Crashers, Cars, Marley & Me, Midnight in Paris and The Internship star seemed a bit spaced out and was being exceptionally picky in what he did and didn’t sign for no logical reason. He signed one, then would stare at the next thing along before deciding whether to sign it or not. But was much more receptive to posing for photos with people. He signed my autograph book and posed for a photo with me too, but decided to not look at the camera. Ah well…!” 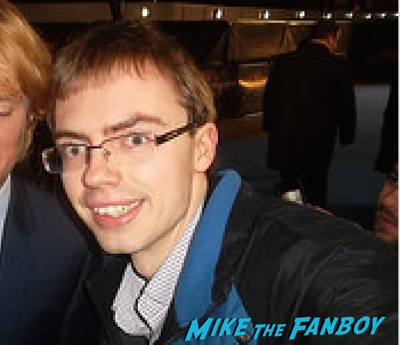 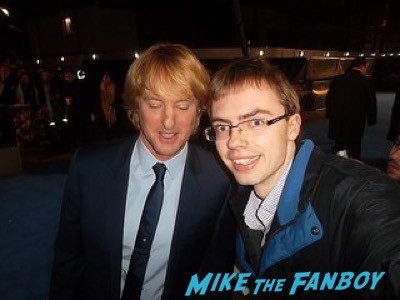