Oz is a magical land that has been brought to life in the classic film The Wizard of Oz. I don’t know one person who didn’t fall in love with the film as a child and want to head down the yellow brick road.

It’s no easy task to bring a world like that to life for the modern age. That task falls to Spider-Man director Sam Raimi and what a task it is. A fantastical place that modern audiences will love while simultaneously making a suitable prequel to the original. 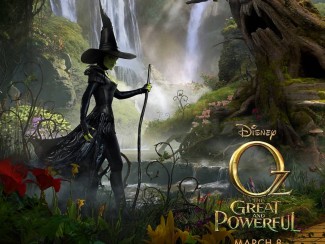 Oz: The Great and Powerful opens in flat black and white. We are shown a dusty circus where Oz (James Franco) is a small time hustler barely getting by. He likes the ladies and that’s getting him into a bit of trouble once their husbands come calling. To get away Oz jumps into a hot air balloon that gets sucked up inside that time honored tornado. 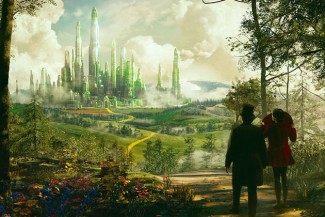 Oz is taken to a magical land where he meets Theodora (Mila Kunis) brimming with wide eyed longing. Theodora and Oz get better acquainted while making their way to the Emerald City where they meet Evanora (Rachel Weisz). Oz is welcomed into the city but Evanora quickly reveals herself to not have the noblest of intentions. 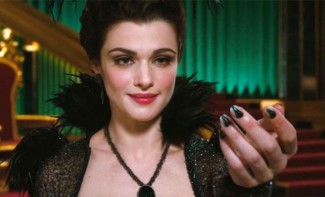 It’s not until Oz sets off and meets Glinda (Michelle Williams) that the forces or good meet the forces of evil. Evanora plays her deft hand and convinces Theodora that Oz has betrayed her. Which is when both of them get their full evil on.

The thing I loved most about Oz: The Great and Powerful is the world that Sam Raimi created. It’s a digital landscape that simply pops on blu-ray. In fact the digital creations actually feel so alive you confuse them with their “living” counterparts. In particular Joey King brings so much depth and warmth to her role as the China Girl you want to bring her home and tuck her into bed yourself. The digital effects are so well done you can almost feel her heart and porcelain breaking during her journey. 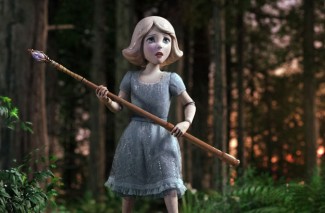 James Franco holds the film together as Oz. He has the smug charisma of a charlatan mixed with the smoothness of a con artist. Plus, you really feel like this guy could seriously not have a heart of gold and walk away from this mystical land. 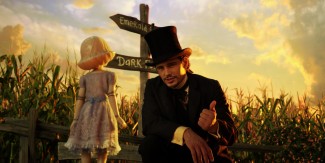 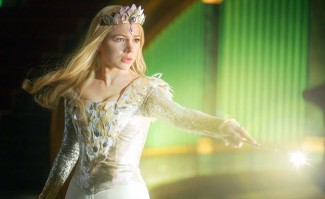 As the pair of witches Mila Kunis and Rachel Weisz are saddled with a thankless task. They are sisters with a chip on their shoulder. Mila Kunis is fine but her character is written as someone who just takes her sisters word which seems illogical. Theodora knows her sister isn’t on the up and up and yet she follows everything she says? Eh… I wish their relationship had been fleshed out more. 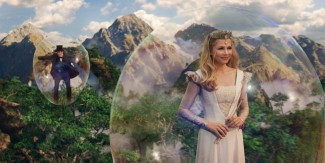 Still, this minor complaint doesn’t affect the enjoyment of the film. It’s a fun film that while not measuring up to the original still manages to be a great addition to anyone’s movie collection. 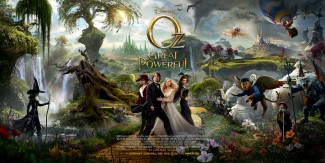 Also of special interest was James Franco’s film diary titled My Journey In Oz. It’s rare that a star of big budget film like this would produce and direct what is sort of like an on set journal. It’s very much worth checking out.

If you want to journey further into the world of Oz the special features will pretty much answer any questions you might have.

Oz: The Great and Powerful is out now on DVD and Blu-Ray! 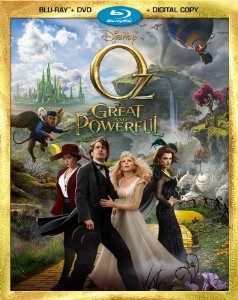