This week, I’m going to be talking about the cast of Ozark, the Netflix series. I kept hearing all these amazing this about Ozark.

I’ve never seen it, so I thought I would head down to check it out.

Now, Lisa and Scotty were coming with me, so I knew it would be fun either way, but what I didn’t expect was getting sick.

I haven’t been feeling 100% but was trying to keep up with the gym and did a pretty decent workout in the afternoon. I didn’t think much of it to be honest. However when I finally got to the theater, I started feeling kind of icky.

By the time the episode of Ozark was done, I wanted to crawl into bed and watch reruns of The Facts of Life.

To top it off, I HATED Ozark. Like, I thought it was horrible. But, okay… Let’s watch the q and a…. 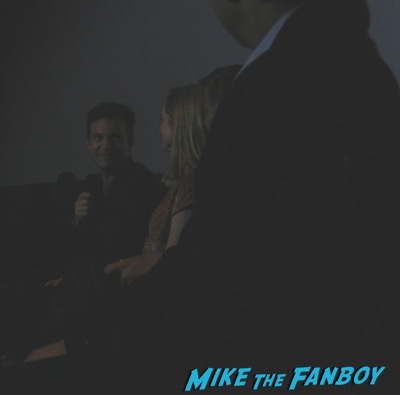 The q and a was fine. It was kind of boring to be honest. And the security… Jesus, I went to pee and there were two security guards for every actor. AND they acted like they were protecting The President and not Trump, like a good president. They weren’t going to let Scotty and I back into the theater. I was like, I’m inside, I just talked to you. 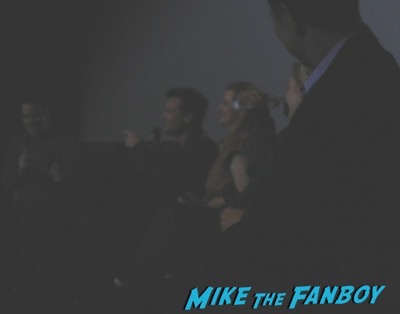 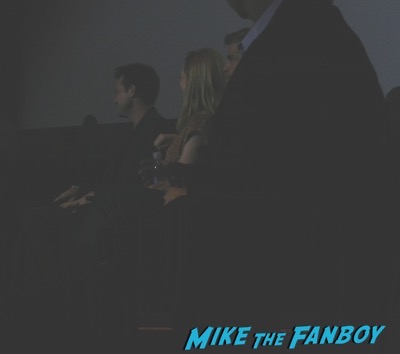 I think he wanted to frisk me. It was ridiculous.

Then after, they swarmed the actors as if the audience was full of drooling rabid zombies about to attack Jason Bateman with Teen Wolf 2 posters. I was like, oh good Lord.

They pulled Jason Bateman and Laura Linney out and were so threatening and pushy it was just so off putting and awkward.

I couldn’t even get any decent photos.