This is interesting! Universal pictures is taking over for Warner Bros on the Pacific Rim sequel!

According to The Wrap, Legendary and Universal are going to team up on Pacific Rim 2 and it’s going to be coming out in 2017. So, you have some time to prep up.

Legendary’s new deal with Universal allows them to inherit the sequel from WB. 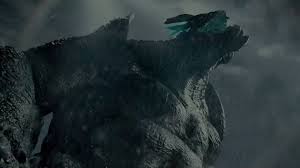 Guillermo del Toro will be back to produce and direct.
There will be a new animated series and the comic book series will continue.