Can I tell you how much I’m looking forward to Pacific Rim! I just think it’s going to be epic! And since it’s from the mind of Guillermo del Toro… Bonus!

The cast is epic Sons of Anarchy stars Charlie Hunnam and Ron Perlman, giant robot monsters… It’s going to be awesome and one of my most anticipated films of this summer!
Erica has an awesome intro/recap of the Pacific Rim prequel graphic novel Tales from Year Zero!

One of the biggest films of the summer (and I mean big!) is Guillermo del Toro’s Pacific Rim. With a great cast (Charlie Hunnam, Idris Elba, Ron Perlman, Charlie Day and Rinko Kikuchi) and Guillermo at the helm, it should be a terrific summer movie! Guillermo is an expert at monsters, creating an immersive world and developing characters you care about so this movie about “giant fucking monsters and giant fucking robots” (to quote the man himself) should be a blast!

To get ready for the film, Legendary Comics has just released a prequel graphic novel to introduce the characters and whet the appetitive for the film. 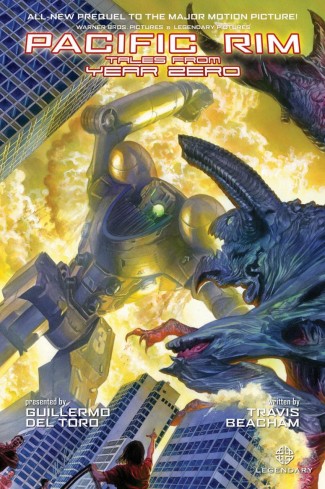 Written by Travis Beacham (who also wrote the screenplay for the movie), the short stories include “K-Day” which tells the tale of the day the Kaiju (monsters) first appeared. “Turn of the Tide” recounts how the giant robots (well, mechs) were created and “The Bond’ shares stories of life as one of the pilots of the giant machines. 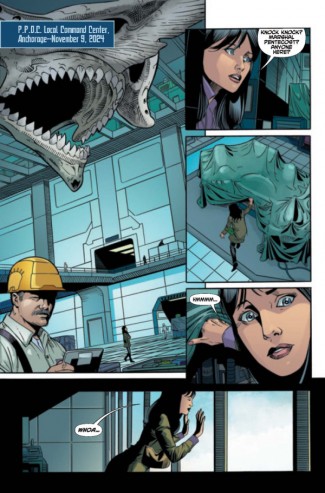 It’s been a long tease from last summer’s panel at San Diego Comic Con so take a look at Pacific Rim: Tales from Year Zero and then get ready for Pacific Rim the movie on July 12th. 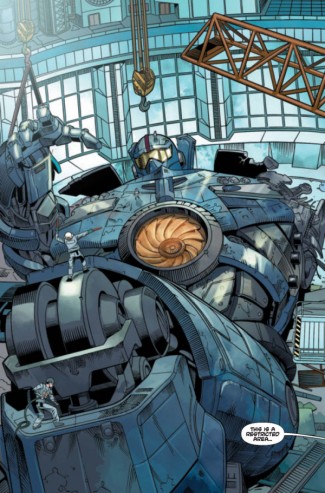