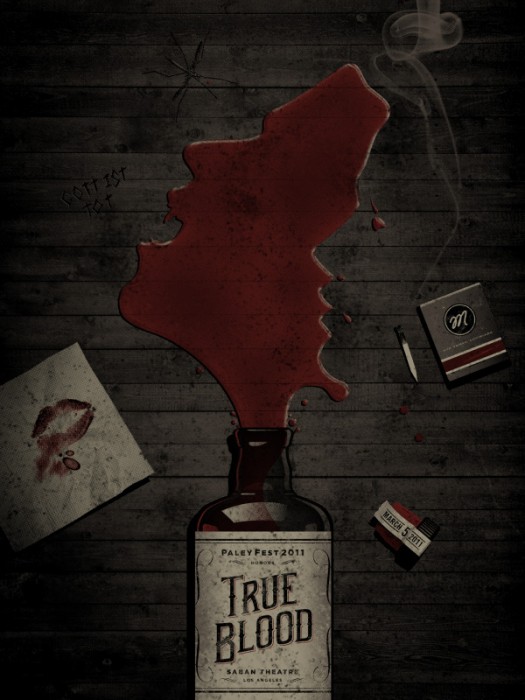 Can I tell you how uneventful this years Paleyfest is? I mean we are actually in an amazing time with television, Dexter, United States of Tara, Nurse Jackie, the upcoming Gods of the Arena, Mad Men, etc… But sadly the Paleyfest has decided to create the most uninteresting slate of programming for 2011 I have ever seen. Community… AGAIN? They were at Paley last year… Glee two years ago, ditto with True Blood… I actually just typed ditto. Sigh… I love White Collar but they just had a Paley Center event, so… What’s the deal… I can tell you the deal, they have to sell tickets, and even with a repeat night, True Blood and Glee are the only events close to selling out. Oh wait the Judd Apatow evening, I mean Freaks and Geeks/undeclared reunion also sold out. But didn’t that happen a few years back already? Hmmmmm

I mean if the Paleyfest wants to sell out fine, I get it, but at least don’t be obvious about it. Don’t just wave a “We just jumped the shark” banner in the air.

This is the first year, I may not go to one event. Not with ticket prices hovering around the $75.00 to $35.00 range that’s for sure. I know there are discount tickets out there now, but still… not discounted enough for me yet.

However, Paley did do one thing right, they commissioned these really cool limited edition posters from Galleries 1988. They have released some super cool artwork that I’m excited about. So far it’s only for True Blood and Walking Dead, but hopefully they will do more!

Check out their site here…

Take a look at the Walking Dead poster after the jump. 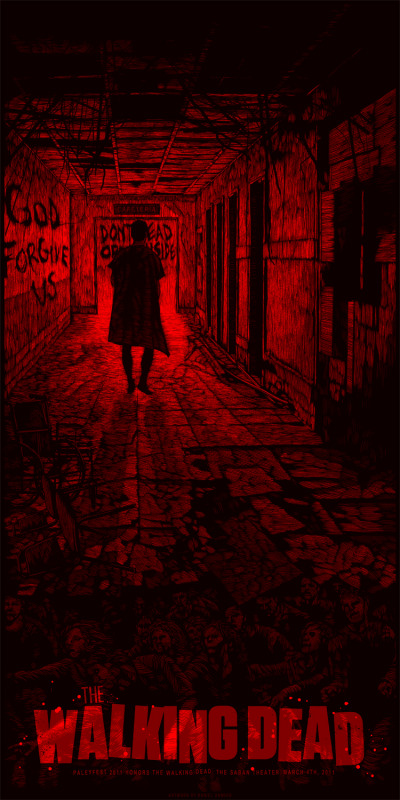