It seems like everyone was out and about having their fun at the Paleyfest so Scotty and I decided to check out the Two and a Half Men panel. Now I admit, I’m not a huge fan of the show… Okay, I don’t really watch it, but I like Jon Cryer, and I have a few things for Ashton Kutcher, and Conchata Ferrell. Hello, Mystic Pizza! LOL… So we figured tickets are cheap so let’s check it out!

7:04 p.m. – I just got here and Scotty is holding down the fort waiting for me. I get our tickets and we go in. 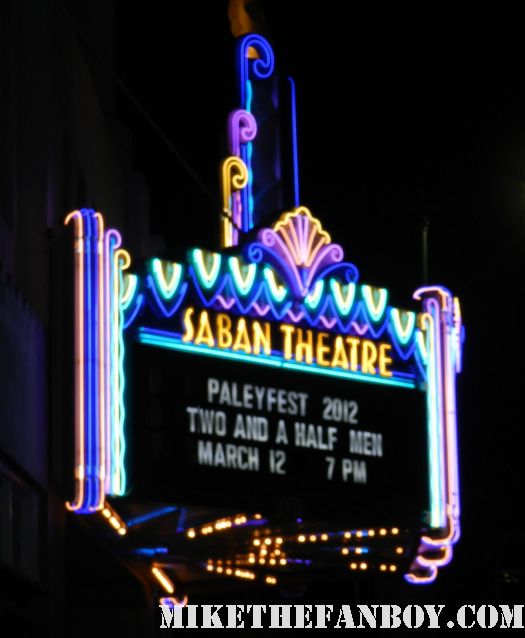 7:12 p.m. – We decide to skip watching the episode and catch up which prompts an usher to want to see our tickets even though the upper balcony is practically empty. Lol… Okay…

7:29 p.m. – The episode is over and we go in for the Q and A. Chuck Lorre and the rest of cast are seated. Ashton Kutcher has this oversized grey cardigan on that makes him look ridiculous… sorry, had to be said. 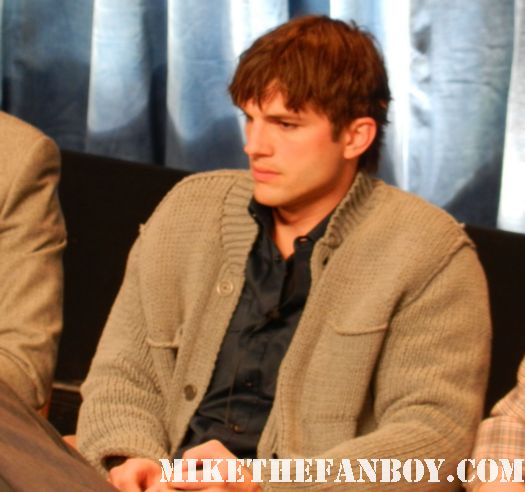 7:34 p.m. – Holland Taylor is adorable. They are talking about the set and the transitions from Charlie Sheen to the current Men 2.0. 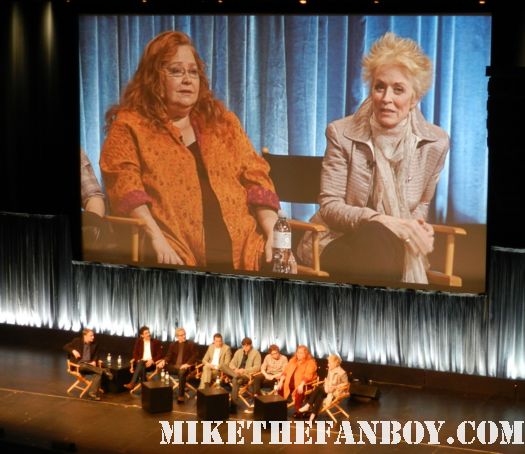 7:45 p.m. – This panel is really dry. Honestly, it looks like Ashton Kutcher would rather be anywhere else but here. 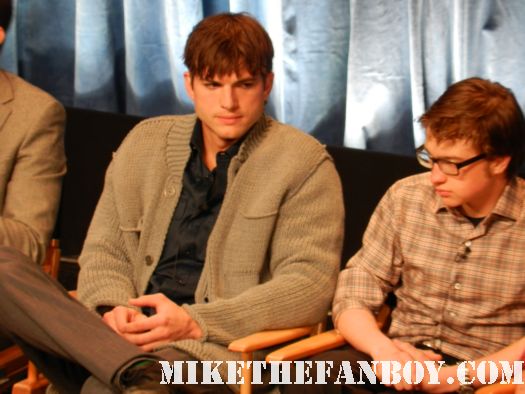 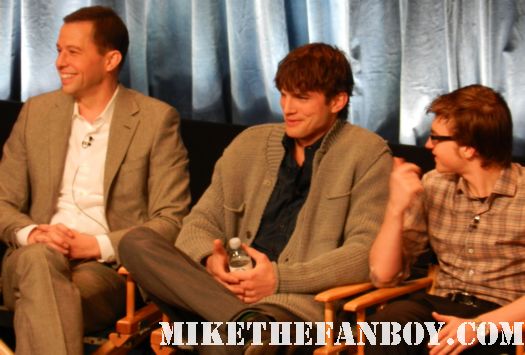 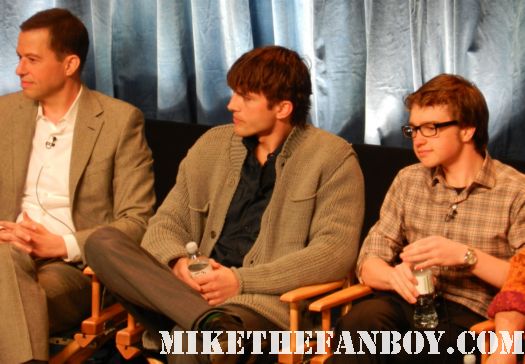 7:51 p.m. – Jon Cryer is trying really hard to liven up the panel… I’m not taking diligent notes, sorry. Since I don’t watch the show I’m not interested in all the scoop… Sorry! 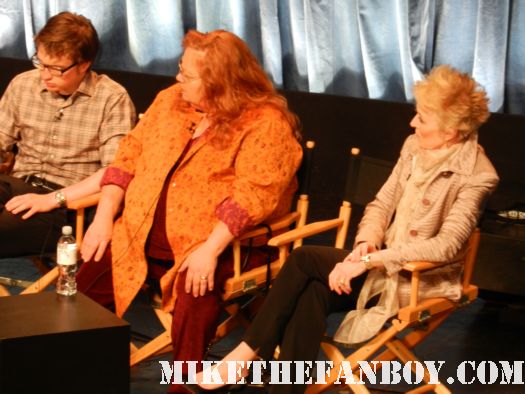 8:02 p.m. – They are doing audience questions. Someone had a very sweet question they asked Holland Taylor about how she tends to play these strong fierce women. 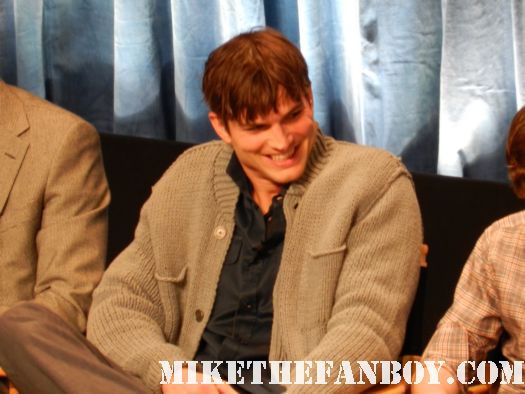 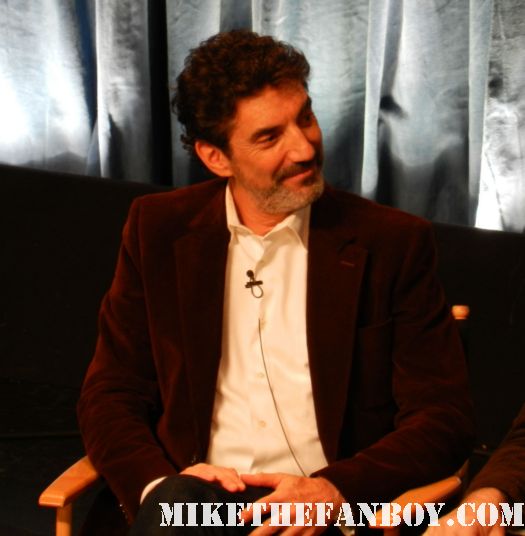 8:29 p.m. – Oh it’s breaking. Scotty and I are heading inside and try to get down to the front. We see Conchata Ferrell getting her microphone taken off and hold out our Mystic Pizza stuff… She looks at us in disbelief and comes right on over to sign both. 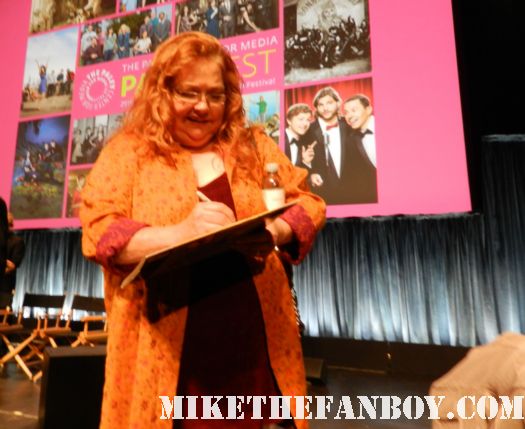 She is so nice. Ashton did three to five graphs in front and bolted off the stage with Angus T. Jones. 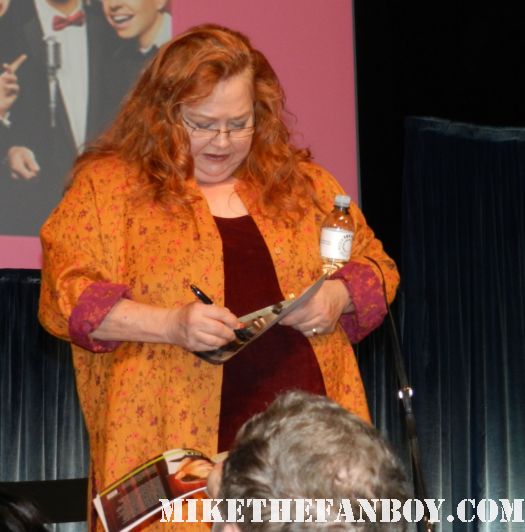 8:32 p.m. – Jon Cryer is signing and then comes our way he signs my Pretty in Pink mini standee and is like, “Wow, now this is real!” He was very impressed with it. 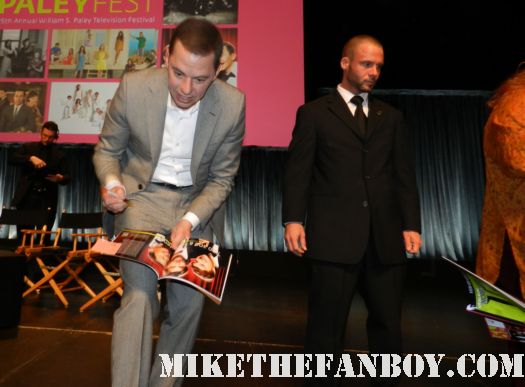 I then held out the Pretty in Pink mini poster and he avoids it for a bit until I ask him to sign that as well. He again seems impressed with it and we actually had a chance to talk about the movie a little. 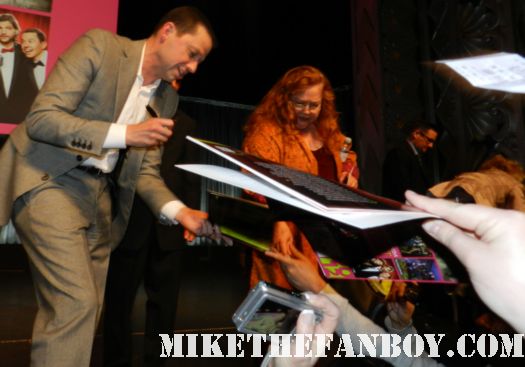 He says it’s held up pretty well, and I told him it’s one of my favorite movies ever and I watch it every Valentine’s Day. That’s not really true per se… But I do tend to watch it in February, lol… 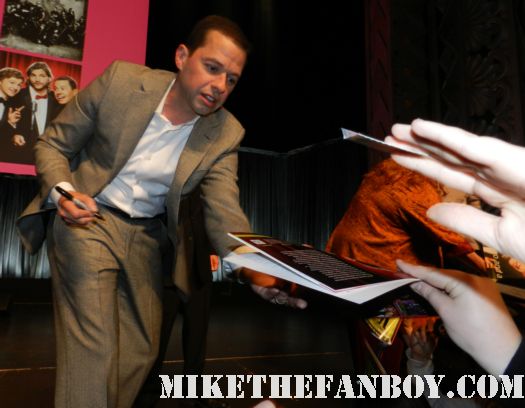 And that’s about all I have. Ashton is gone and my three things are signed. Scotty is in the fray for Holland Taylor and can’t seem to get her. 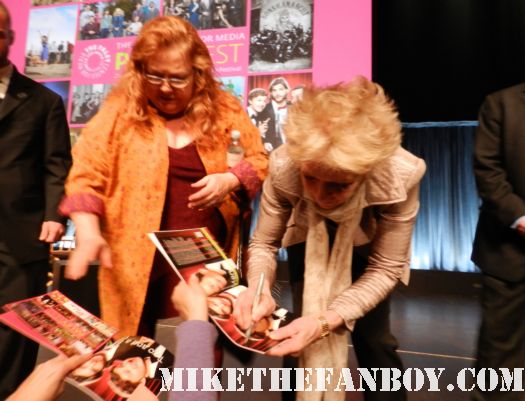 I can’t find him, and I’m looking all around. Lol… Finally he got Holland before security whisked them all away. Man, they don’t give them much time to sign do they? Man oh man… 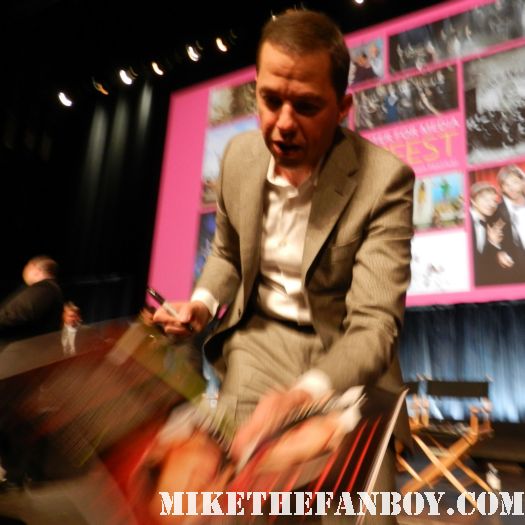 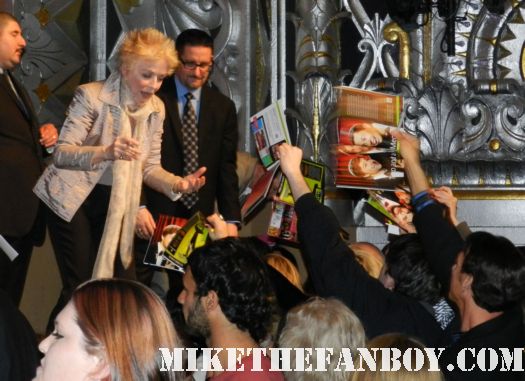 So, all in all it was a fun night. Can’t complain especially with free tickets! 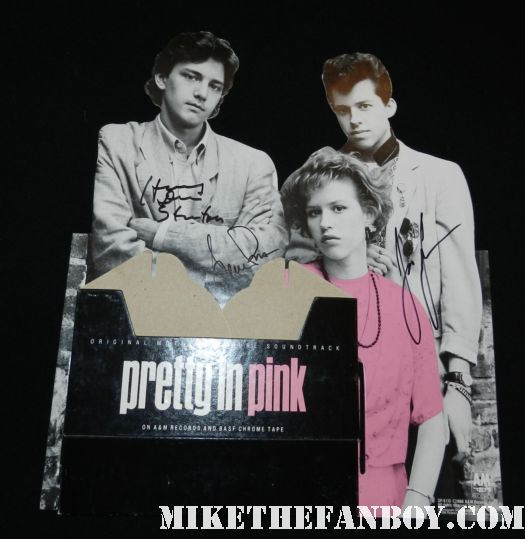 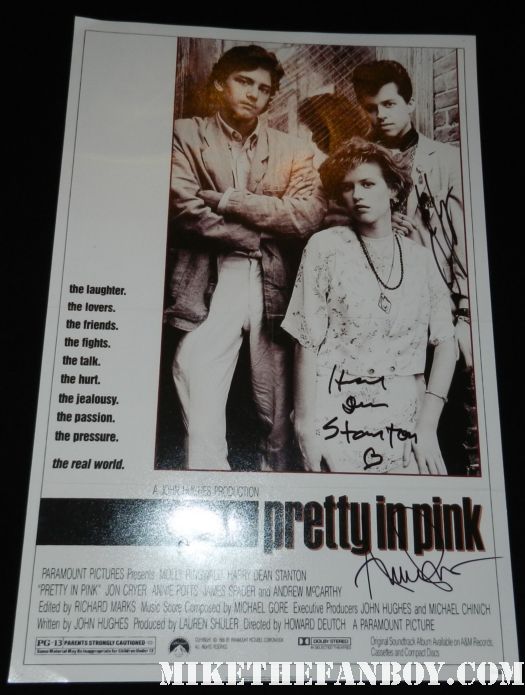 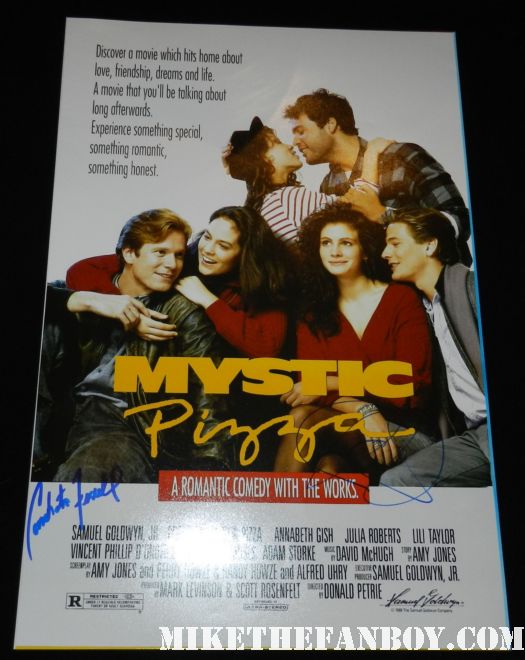