Even though the Paleyfest has wound down, there’s always time for one last recap. This time, the saucy Ms. Pinky is talking about her time with the cast of The New Normal. Now, I admit I haven’t seen this series so I didn’t attend the panel.

Pinky however loves it and of course wanted to get photos with the cast. Now, you have to check out her photo “with” Andrew Rannells. It’s so awesome it can’t be believed!

Check out the full recap after the jump!

Hello, my lovelies. Pinky Lovejoy here with my very first Paley Festival report. This year I only attended two panels, as I prefer to get pictures with people and it’s a little more challenging to do at the Paley Festival. If I were more into autographs, I think it’d be perfect, but overall it’s not worth all the crushing for me.

Still, there were two shows being featured that I absolutely adore and I was lucky enough to score last-minute tickets to see both of them. While Mikey has already recapped the panel for “2 Broke Girls,” which was the second panel I attended, the first one I was able to see was for “The New Normal.” 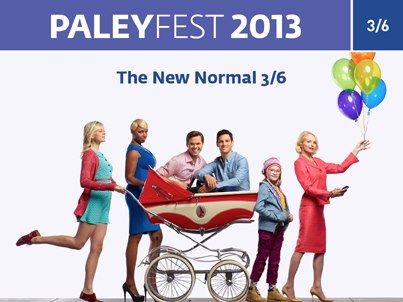 If you haven’t seen “The New Normal,” I highly recommend that you do so. It’s fun and quirky with an unusual and fun cast of characters that you fall in love with. 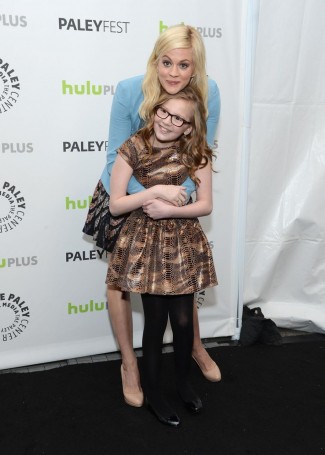 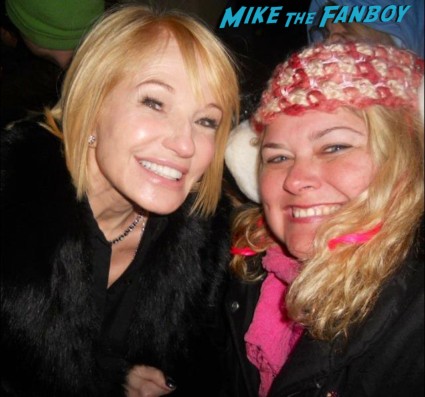 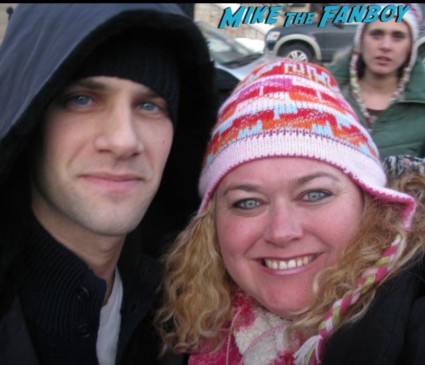 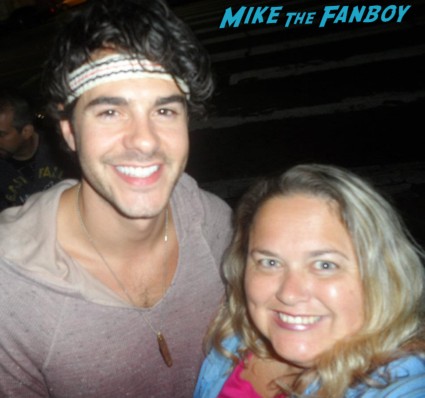 But the rest of the cast I was eager to meet – especially Andrew Rannells, who I love both on “The New Normal” as well as on “Girls.” Andrew was my #1 goal of the night. Unfortunately, I was running a little late from work and happened to miss Andrew arriving by ten minutes. 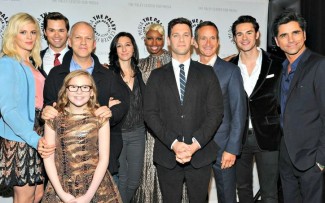 Of course he posed for pictures and I missed it – gah! I was hopeful he’d do it inside later, but it’s always harder there. In the meantime I was able to meet NeNe Leakes and John Stamos before the panel, which was awesome. 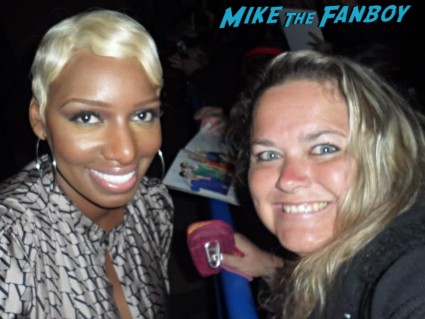 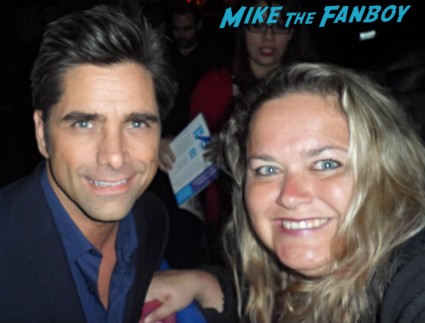 John Stamos was the moderator for the panel and he was great. He also guest stars on the show, so it was perfect. 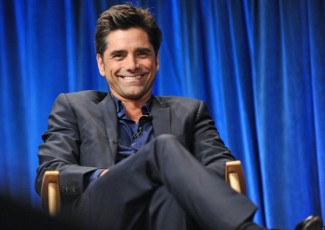 The panel consisted of the entire cast (Justin Bartha, Andrew Rannells, Georgia King, Bebe Wood, NeNe Leakes and Jayson Blair) as well as show creator Ryan Murphy and some of his producing partners. 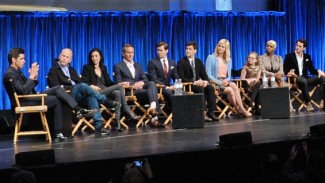 John Stamos was an excellent moderator who injected his unique humor and observations into his questions. Some interesting tidbits – Ryan created the show loosely based on his life (which was something I had no idea about). 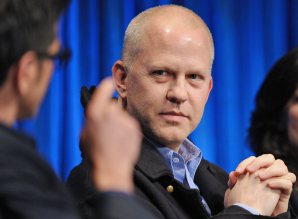 The “show within the show” on “The New Normal” (which is the show that Andrew’s character is the producer on) is a fictional version of “Glee” – another one of Ryan’s shows – and a few of the characters even have similar names. 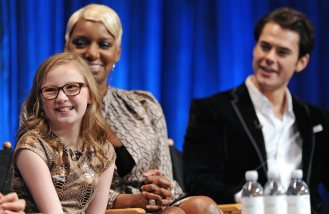 Bebe Wood – the precocious daughter of the surrogate played by Georgia King – auditioned with her take on “Little Edie” from “Grey Gardens.” When Ryan Murphy saw this, he insisted on incorporating that into the character onscreen as soon as possible. Since then, Bebe has played not only Little Edie, but also Maggie Smith from “Downton Abbey” and Cher (which she learned by watching drag queens doing Cher instead of the real Cher). 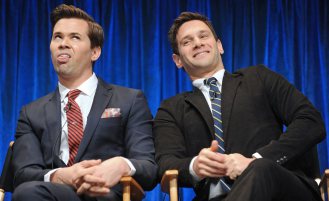 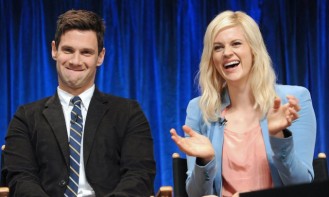 All in all it was a really fun panel and when it was over, I was thrilled to be able to get pictures with 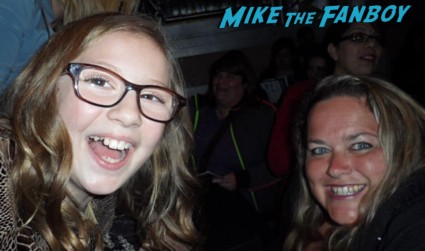 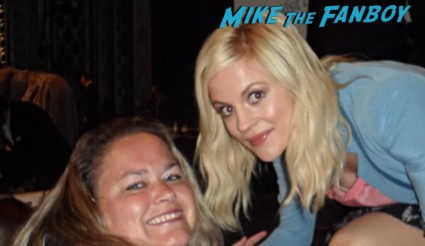 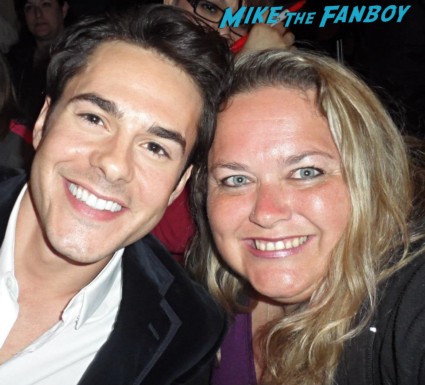 Unfortunately, although Andrew Rannells came right to me when I called him, he said he was unable to pose for pictures because “they told him he couldn’t.” Um, I’m not sure who “they” were (especially since the rest of the cast was posing), but he said he was a stickler for rules and couldn’t do it. We tried to get one anyway and he was looking at the camera right up until it went off. 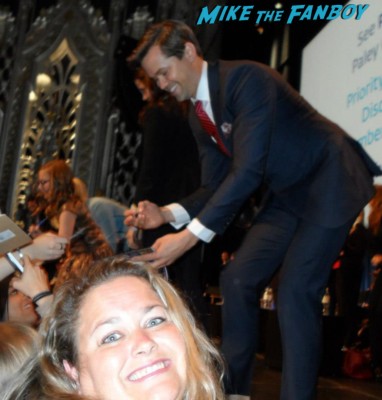 Oh, well. Hopefully someday I’ll have a chance to meet him as he’s now the only cast member I don’t have a picture with…..waaaa waaaa.